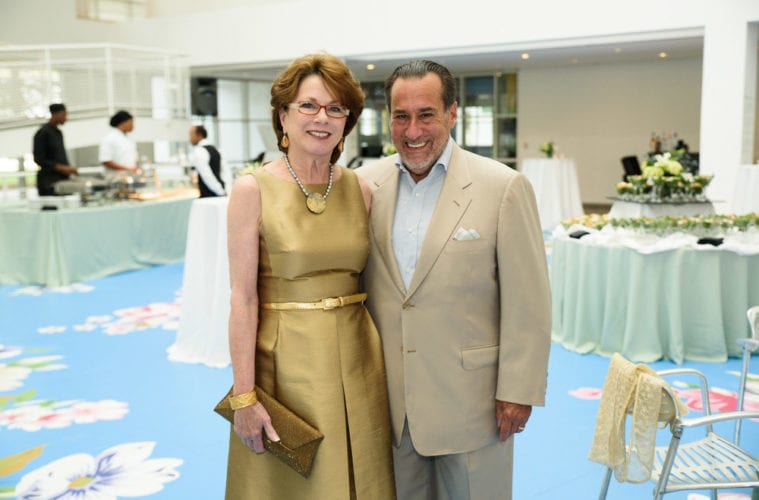 By any measure, the depth and breadth of Vicki and Howard Palefsky’s commitment to Atlanta’s arts and culture scene is impressive, particularly in light of the fact that they’ve only called the city home since 2006.

She serves on boards at the Alliance Theatre and Atlanta Symphony Orchestra and was an ARTS ATL board member. He chairs the Symphony’s Board of Directors and is a board member at the Atlanta History Center and the Community Foundation for Greater Atlanta. Together, they have chaired galas for the Symphony, the High and the inaugural A Tony Evening to benefit the Alliance’s educational programming.

The Palefskys were honored with an ARTS ATL Luminary Award for Philanthropic Legacy at Sunday night’s ceremony at City Winery, a selection seconded by a wide array of arts leaders across the city.

“One of the things Atlanta has in its DNA is a willingness to very rapidly accept people who have a lot of talent into the bosom of the city,” says Sheffield Hale, president and CEO of the Atlanta History Center. “After relocating from Palo Alto, Howard and Vicki both got deeply involved in nonprofits as a way of becoming a part of, and giving back to, Atlanta. Vicki’s helped us raise money, and Howard — who is entering his fourth year on our board and now serves as treasurer — makes sure we spend it correctly by asking all the hard and pertinent questions. We’re so lucky that they came.”

Howard likes to joke that he and his wife are both Southerners. She is a native of Andalusia, Alabama, and he hails from the South Bronx. And though they are perfectly aligned in their belief that the arts are a Maslovian path to spiritual fulfillment, their introductions to the visual and performing arts could not have been more diametrically opposed.

The son of a cantor, Howard’s passion for musical theater was instilled during annual family outings on Broadway. He characterizes his public school education in music and arts as outstanding, and can still identify the era in which most any piece of classical music was composed thanks to those early lessons. When he expressed an interest in the clarinet as a child, his curiosity was encouraged.

“Every Jewish mother believes her kid is Benny Goodman or Jascha Heifetz,” says Howard. “So I auditioned for a slot at the High School of Music and Art with my clarinet. When I was done, the kind teacher asked, ‘How’s your math skills?’ ‘Pretty good!’ I said. He very diplomatically suggested, ‘Why don’t you do that and become a member of the audience!’ And that was the end of my performing career.” 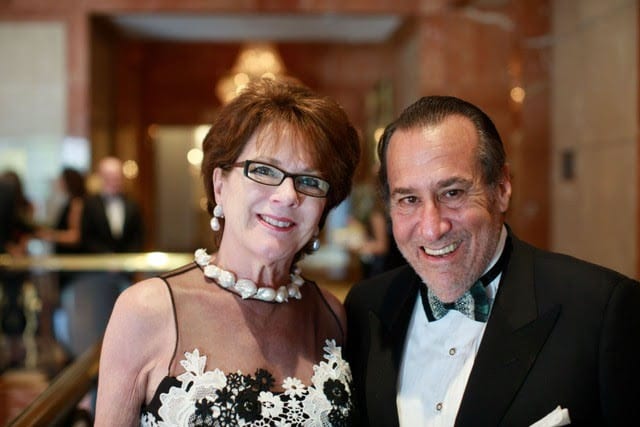 The Palefskys have offered financial and hands-on support to numerous Atlanta arts organizations.

Carnegie Hall’s loss was the Silicon Valley’s gain, as Howard took the advice. After majoring in mathematics at the City College of New York, he earned an MBA at Stanford University and found his groove as an entrepreneur and venture capitalist in the life sciences, medical device and health and wellness industries. Still, he found his way back to the arts as a patron.

Vicki laughs when recalling her first performing arts outing when a wealthy aunt took her to see the Ice Capades in Montgomery. “I grew up poor, with a single mother, and had no exposure to fine art,” she says. “Those things were not part of my culture. But I could see things for free on TV like Playhouse Theatre on CBS, Ed Sullivan, Johnny Carson, and that expanded my horizons.”

A lover of literature with a library card, Vicki devoured Dostoyevsky, anything written by the Brontë sisters and Saul Bellow — sometimes reading a book a day as a child. By the time she was a young adult, her curiosity extended to encompass visual art, dance, opera, theater and the symphony. She came to regard all forms of storytelling as visualized literature. And as her appreciation grew, so did her determination to help democratize the arts by breaking down any impediments to access.

“Somehow, there’s a toughness that grows out of life experiences like mine, where you’re not in awe of anybody or anything,” she says in reference to the kind of cultural gatekeeping that can intimidate the uninitiated from visiting a museum or attending a ballet for the first time. “It’s like, if I can afford a ticket [to a cultural institution] — you’ve got to let me in.”

To this day, Vicki does not underestimate the value of art as an escape hatch for anyone seeking to transcend the ordinary. Whether attending the symphony or the history center, the Palefskys are as supportive of programmatic aspects of the organization as they are vested in its fiscal health.

Likewise, when given an opportunity to bear witness to Atlanta’s history-in-the-making, they show up.

“We were at the Capitol when the Talent Development Program’s Azira Hill received her Governor’s Award last fall,” says Howard. “There was an 11-year-old African American girl named Waverly playing a Bach Prelude under the gold dome — surrounded by portraits of past governors, none of whom would have wanted her in that building, let alone standing three feet from [then-Governor] Nathan Deal. Talk about an impressive and emotional situation.” 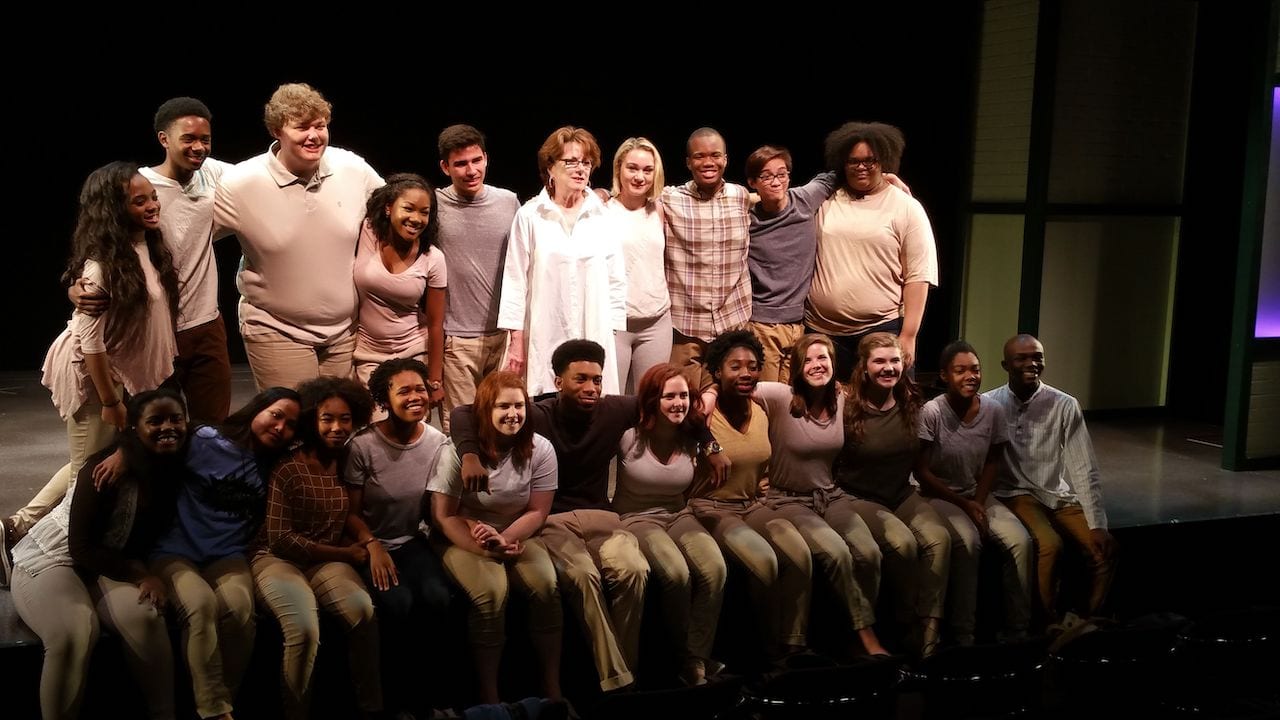 If the Palefskys have a weak spot, it is for children. As Howard watches school buses descend on the Woodruff campus, he has a recurring thought: “Before you expose a young person to the symphony, you have to expose them to breakfast, because a hungry child is not going to hear the violin.”

As underwriters of the Palefsky Collision Project, a summer residency for high-schoolers at the Alliance Theatre, he and Vicki have made possible what Artistic Director Susan Booth describes as life-altering pivots. Not only for the fairy tale outcome like that of Roman Banks — an alum who recently received a standing ovation when stepping into the lead role of Evan Hansen as an understudy on Broadway — but for the way participants and audiences leave with the realization that regardless of our backgrounds and cultural perspectives, we are the same at heart.

“What I love most about Vicki and Howard is their love of the process and for the young people who participate every summer,” says Pearl Cleage, the Alliance’s playwright-in-residence, who directs the Collision Project. “They always come to meet everyone early in our rehearsal process, and we can absolutely count on their enthusiastic presence at our performances. Vicki is so connected to the stories these young people are telling that she is often moved to tears. We often tease her that we know we’ve done our job if we make Vicki cry!”

“These are not noblesse oblige patrons,” says Susan Booth of the Palefskys. “These are two fiercely intelligent and rigorously cultured beings who know multiple art forms extraordinarily well. They understand the work from multiple vantage points — aesthetic, historic, economic and, most importantly, they understand the societal impact the work is capable of having. When they invest, you both know that your work matters, and also that you must hold it to ever higher standards to warrant their choice. It’s an incredibly robust form of altruism.”