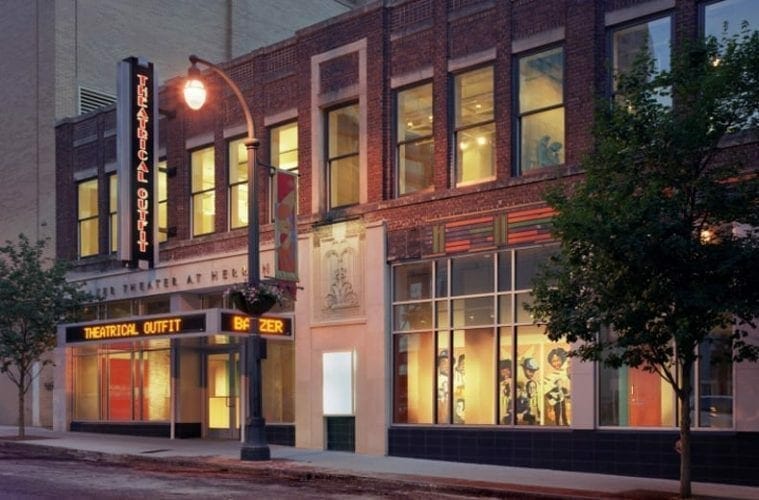 Theatrical Outfit is planning three fully staged filmed productions this spring, beginning with Lauren Gunderson’s The Catastrophist, which will stream March 2–21. All three are one-actor pieces.

The Catastrophist, an 80-minute monologue, tells the story of Gunderson’s husband, Nathan Wolfe, a virologist once named one of Time Magazine’s most influential people for his work on Ebola and swine flu. He proposed pandemic insurance years before COVID-19 happened, but no one listened. William DeMeritt plays Wolfe.

Theatrical Outfit calls The Catastrophist a “time-jumping tale about the profundities of scientific exploration and the realities of facing your own mortality.” The piece is an Atlanta viewing of the current coproduction from Marin Theatre Company in California and Round House Theatre in Maryland. Marin artistic director Jasson Minadakis, who once led Atlanta’s Actor’s Express, directed. William DeMeritt plays virologist Nathan Wolfe in “The Catastrophist,” filmed in an empty theater at Marin Theatre Company near San Francisco. (Courtesy of the theater)

Metro theatergoers know such Gunderson titles as Ada and the Engine, Emilie: La Marquise du Châtelet Defends Her Life Tonight, Exit Pursued by a Bear, I and You, The Revolutionists and Silent Sky, among others, which have been seen everywhere from 7 Stages to the Weird Sisters Theatre Project, and from Synchronicity Theatre to Theatrical Outfit. Gunderson lives in San Francisco with Wolfe and their two sons, She grew up in Decatur, graduated from Emory University and NYU’s Tisch School for the Arts, and is one of the most widely produced playwrights in the country.

A Hundred Words for Snow

STREAMING APRIL 13–MAY 2. British playwright Tatty Hennessy’s drama has been described, variously, as “a one-woman play about female empowerment and climate change,” a “young girl’s journey to take her father’s ashes to the North Pole” and “a coming-of-age story with polar bears.” Outfit artistic director Matt Torney directs.

Fires in the Mirror

STREAMING JUNE 11–27 (NINE PERFORMANCES ONLY). The only holdover from Torney’s original 2020–21 season announcement. It is no longer a coproduction with Theater J in Washington, D.C., but artistic director Adam Immerwahr will codirect with Atlanta’s January LaVoy. She’ll be the only actor onstage, playing more than 25 roles. Anna Deavere Smith conceived and wrote the documentary drama, subtitled Crown Heights, Brooklyn and Other Identities), which examines the viewpoints of Black and Hasidic Jewish people connected in some way to the Crown Heights riot in Brooklyn in August 1991. The New York Times called it “the most compelling view of racial and class conflict that one could hope to encounter” when it reviewed the world premiere a year later. LaVoy has worked on Broadway, off-Broadway and regionally, including the Alliance Theatre, where she was seen in Native Guard (2014 and 2018) and What I Learned in Paris (2012). Limited in-person seating may be available.

Single tickets for The Catastrophist and Fires in the Mirror are $26.40 each; $39.60 for families/pods, including service fees. Online booking wasn’t available for A Hundred Words for Snow at this writing. Call 678.528.1500 or email the box office at boxoffice@theatricaloutfit.org.