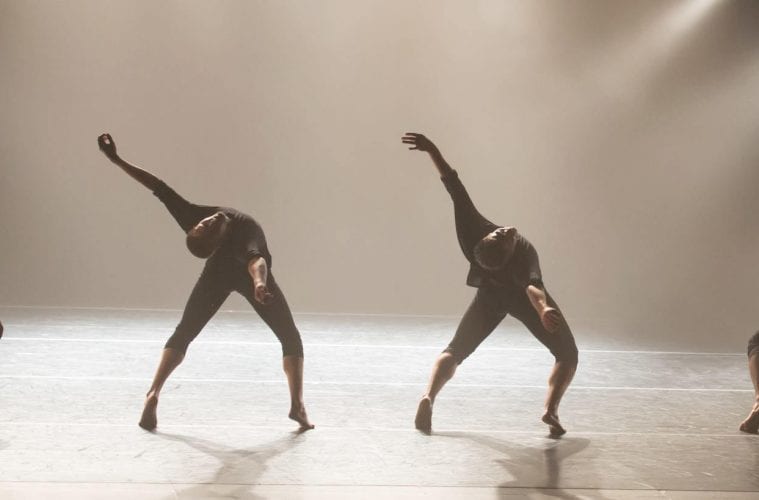 In 1991, the Philadelphia-based Koresh Dance Company formed and soon after established itself as a popular force in American contemporary dance. By 1993 the Koresh School of Dance was created, and 15 years after that, the Koresh Youth Ensemble and Kids Dance programs were firmly rooted. The company, directed by Israeli-born Ronen (Roni) Koresh, will present an evening-length collection of excerpts from other evening-length works at the Marcus Jewish Community Center of Atlanta January 27 and 28.

Koresh, in all its iterations, beat the fiscal odds that would slow the progress of many other arts organizations established in the early nineties. Roni Koresh is why.

Over the phone, Koresh’s warm voice conveys his radiant eagerness to share ideas about his work. Koresh knows himself and his company well, astutely prepared for the inevitable questions about his relationship to his Yemenite, folk dance upbringing, and his connection to the current insatiable hunger for Israeli modern dance. While he acknowledges strong ties to his culture, there is no arguing his passion for what was nurtured domestically and its impact on his early dance career.

Koresh was a member of the globally celebrated Batsheva Dance Company, when it was under the artistic direction of Martha Graham. It was in Tel Aviv where Koresh cultivated his love for Graham then later Horton Technique. In 1983, he moved to the US to become a devotee of all that Alvin Ailey had to offer through the Ailey school. Coupled with his training at the Pennsylvania Ballet, this rich background accounts for what Koresh calls his well-rounded dance education. Roni Koresh studied under Martha Graham before he began his own company.

Bring these multiple influences together and the result is a dancemaker who believes in his ability to connect to audiences. “I tend to like what most people like,” says Koresh. “Making dance is like climbing a mountain range. When you get to the top of one mountain, you see other mountains that you want to climb. I learned to love the fear of not knowing what was at the top of one mountain or at the bottom of another.”

Koresh admits that his choreographic process and intentions shifted considerably during his early career with the company. “I emulated other choreographers of the time but recognized I was losing myself,” he says. Koresh’s wandering dissatisfaction for appeasing trends likewise took him back to what mattered most — which was, and still is, making his work relatable. His interest in dispersing ideas over time continues to be the end game with each new work, and the route is almost always paved with the spirit of collaboration. “Our movement is inventive, folksy, earthy, passionate,” he says. “My inspiration comes from relationships, humanity, community and the understanding that I cannot satisfy all the people all the time, but can satisfy some people all of the time.”

Creating an evening-length work based on excerpts from seemingly unrelated earlier works was a welcomed challenge for Koresh. With a dominant underscore of Middle Eastern music, Koresh believes this format will allow the company to reveal their many hallmarks: humor, drama, tension, sensuality and musicality. “You will get a great idea of the versatility, scope and depth of all that we can do,” he says.

The excitement of chopping up work to create new connections was particularly engaging for the dancemaker in Koresh. Ultimate satisfaction for him comes from his conscious abandonment of narrative while embracing radical shifts within the work itself. He likened the audience experience to the romantic notion of train travel: replete with forward momentum and ever-shifting scenery.

It is clear that Koresh has enjoyed a long career because of an affirmed dedication to speaking his truth, making his dances and trusting his intentions. He left academe in the fall of 2017, saying that teachers are afraid of their students, can be limited expressively and hindered by bureaucracy. Much can be said for “what you see is what you get” because it has elevated Koresh Dance Company to a profoundly robust touring schedule and high demand.

Koresh brought the conversation full circle when he returned to the subject of his Israeli background by admitting that being direct, owning his “chutzpah” and being honest has served him well.