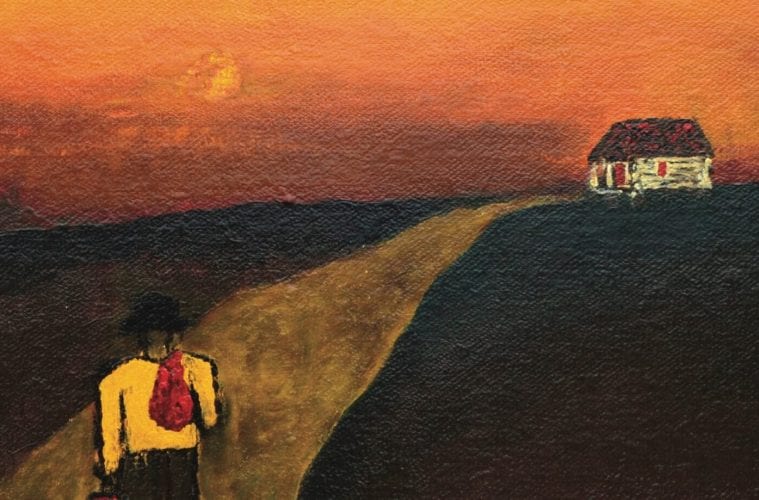 When Joe Barry Carroll visited his alma mater, Purdue University, three years ago, it was not to relive his glory days as an All-American hoop star and #1 NBA draft pick. He was there at the invitation of the school to talk about his recently published memoir, Growing Up . . . In Words and Images, and the 70 paintings — all original works by the self-taught artist — that illustrate the book. 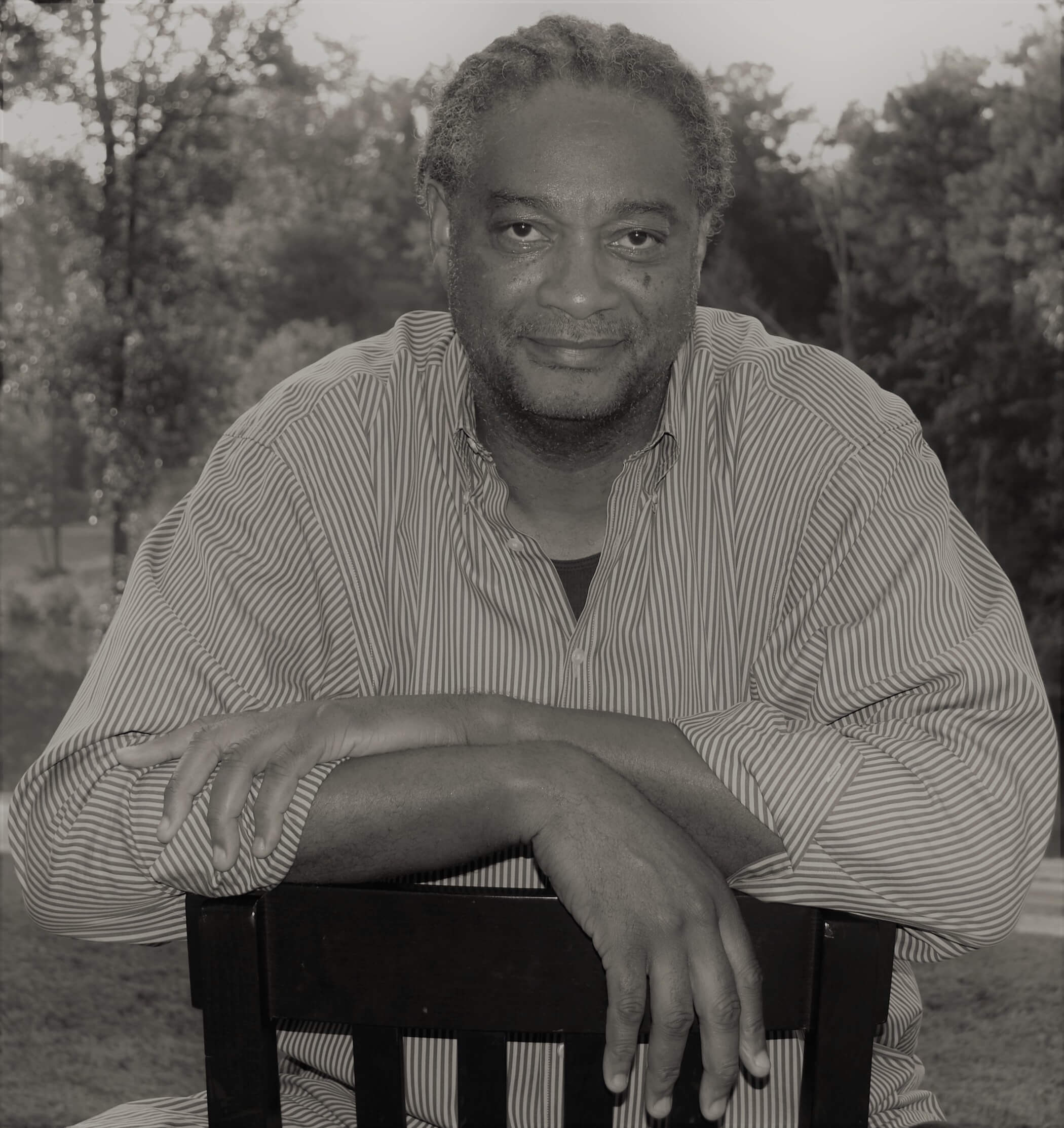 Still, Carroll knew his homecoming would not be complete without dropping by to visit his one-time mentor Antonio “Tony” Zamora, and his wife Betty. Or, as the Pine Bluff, Arkansas-native puts it, “to hug their necks and get some sugar.” A Southerner to the bone, Carroll considers Pine Bluff his Rosebud, and the childhood values imparted there continue to inform his strict adherence to old-school manners and protocol.

“Tony is director emeritus of the Black Cultural Center at Purdue,” says Carroll, who runs a wealth advisory firm in Atlanta called The Carroll Group. “When I was an undergraduate from 1976 to 1980, there were about 1,000 black students out of a total population of 30,000 — and things could get ugly from time to time. But [Tony] always kept us on task with an encouraging word, and made sure we didn’t get side-tracked by any distractions. We could tell it was more than just a job for him. He cared about us . . . and was completely invested in our well-being.”

Nearly 40 years later, Carroll learned Zamora’s other avocation was collecting African art. After taking in the hundreds of artifacts, carvings and figures that occupied just about every horizontal surface in the couple’s home, Carroll asked them, “Do you want to dream about this?”

Their answer led to Carroll’s photographing and cataloguing all 500 pieces, and the publication of his second book, Black American Voices. 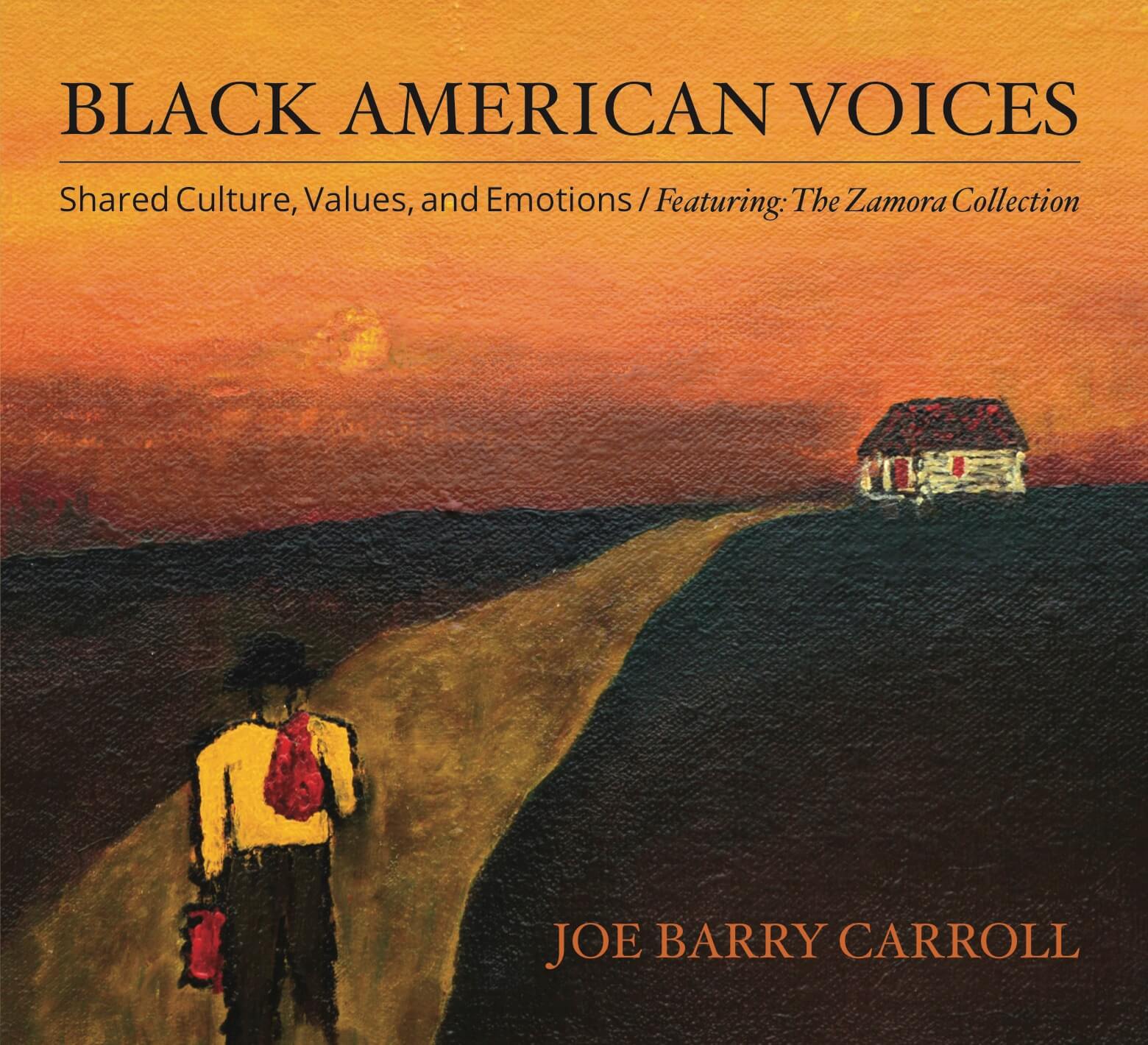 “I’m flattered that Tony and Betty trusted me with a collection they’ve amassed over 50 years,” says Carroll. “I wanted the book to feel more like a work of art than a standard-issue catalogue. It was a hard book to explain [to them], but it’s a great book to experience.”

Black American Voices features a compilation of carvings juxtaposed with a mix of contemporary and vintage portraits of African Americans. Each snapshot is accompanied by a brief narrative that conveys a defining moment, characteristic, insight or observation in the corresponding subject’s life. A longtime fan of Studs Terkel and NPR’s StoryCorps, Carroll recorded and distilled each contributor’s story into a short passage. The selections are as delicious as a box of chocolates. The prose is as immediate as flash fiction. And, in some cases, the expression as condensed and profound as a haiku.

Carroll regards the book as an invitation for readers to see traditional African carvings from a fresh perspective, one that can facilitate personal connections with an art form that may appear abstract and exalted to the uninitiated. The broad range of sensibilities and sentiments expressed within are meant to encourage quiet reflection and meditation. But Carroll believes they can also serve as prompts for bigger discussions and, possibly, encourage cross-cultural and cross-generational conversations. 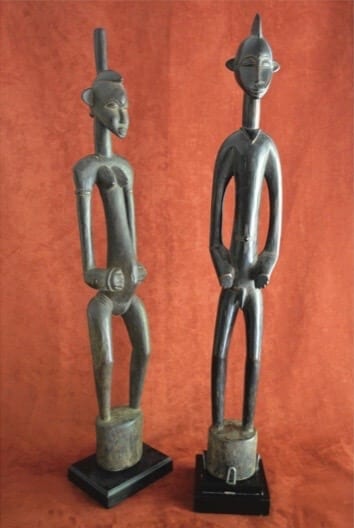 Black American Voices pairs pieces from the Zamoras’ African art collection like the ones above with stories and photographs from African Americans, like the one of Eddie Coyt below.

“I think the people who will enjoy this book most are the ones with an open heart,” says Carroll. “These are Black American voices, but they are talking about very human experiences.”

Family values, rites of passage and the significance of naming babies are some of the books recurring themes.

Eddie Coyt (whose daughter, Tara, edited Black American Voices) remembers the family patriarch as a man who took his role as protector and provider seriously — even if it meant having to work multiple jobs to make ends meet. “Though rarely stated, my father declared by his actions that this is what a man does as the fulfillment of manhood.”

There is an old-as-dirt tale of a little brother, Carroll (one of 13 children), testing his mettle against a big brother in a boxing ring. One bloodied nose later — with the alpha male’s dominance (re)established — the future author thanks his lucky stars for the unspoken rules of brotherhood that kept the exercise mercifully short, if bittersweet.

The tradition of nicknaming children — frequently based on an outstanding physical characteristic but always rooted in deep love and affection for the little one — is personified by Peaches, an infant in arms who gazed directly into Carroll’s lens as he snapped her picture while riding a public bus (one of his favorite vehicles for people-watching) in New Orleans. “I always whisper when I speak to [Peaches] so she knows I am only speaking to her,” explains the narrator in this passage, Shirley Pitman. 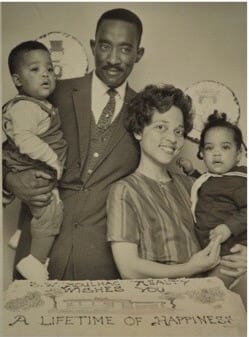 A photograph of Eddie Coyt of Jackson, Mississippi, and his family accompanies the image of the African sculpture (above) in Carroll’s new book.

For all the tenderness in the storytelling, when Carroll appeared on Lois Reitzes’s “City Lights” broadcast recently, he admitted that the road from concept to creation was rocky. And he chuckled at the memory of the Zamoras “fussing” at him over the book’s artistic direction.

“Here I am, seven feet tall and 300 pounds, with this couple in their late-80s to early-90s giving me a good talkin’ to!” he says. “To them, I’m still this little kid with a book bag, riding his bike to class on campus.”

In the end, the Zamoras were so delighted by the outcome that they laughed and cried upon reading the book.

“I needed to please them,” says Carroll, sounding every inch the earnest student tying to make his elders proud. “I could not release the book unless they approved of it.”

An art lover since his days as a professional athlete, Carroll used to spend much of his downtime visiting museums and galleries as an escape from the grind of life on the road. He remembers being able to “hear the music and song of storytelling in paintings,” and says the same dynamic applied when handling the Zamoras’ carvings.

“They spoke to me, and I listened,” he says.

Thankfully, the same can be said for the chemistry Carroll shared with his live subjects. His hope, though, is that readers will take from Black American Voices whatever they need.

“That’s the wonderful thing about art,” he says. “If it’s done well enough, it can mean many things to many people.”

Joe Barry Carroll will speak about his book Black American Voices and sign copies at Atlanta’s September Gray Gallery on November 18 at 2 p.m.