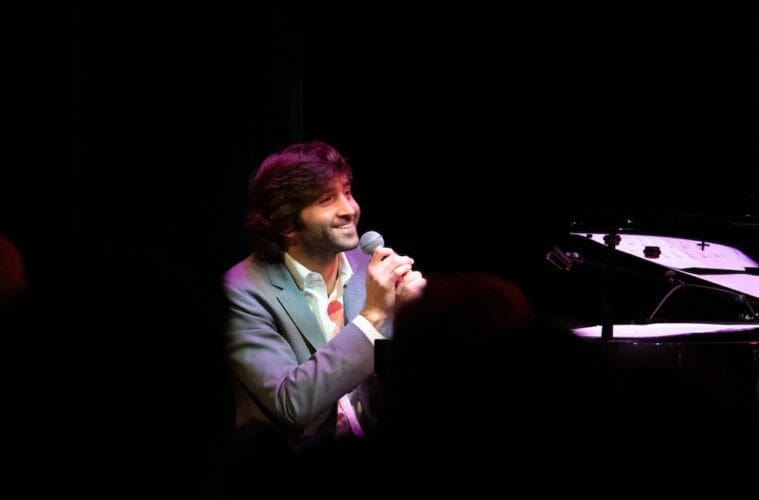 Joe Alterman debuts his new album, "The Upside Of Down," at Eddie's Attic Friday night.

In 2015, when Joe Alterman was still a fledgling jazz pianist fresh out of the graduate program at New York University, he went to a concert by New Orleans piano legend Allen Toussaint. During the show, Toussaint asked how many pianists were in the audience. Alterman was one of five people who raised their hand, and Toussaint called them all up to the stage. He gathered them together and said, “One chorus each.”

Toussaint sat down and laid out a boogie-woogie bass line with his left hand. One by one, the guest pianists sat to his right, played a one-chorus solo and then left. Alterman was the next-to-last to perform. He played his one chorus and Toussaint leaned over and whispered, “Keep going.” And for four more choruses, Toussaint kept saying, “Keep going.”

Alterman, who grew up in Atlanta and still lives here, has been embraced by the greats of jazz piano. He has emerged as one of the freshest — and yet most classic — voices in modern jazz. The late Nat Hentoff, the preeminent jazz writer of his generation, showered Alterman with praise: “All the musicians who are now considered jazz legends played (at the iconic New York City club Birdland): Charlie Parker, Dizzy Gillespie, Thelonious Monk, Miles Davis . . . Alterman would have been able to hold his own jamming with any of them.” 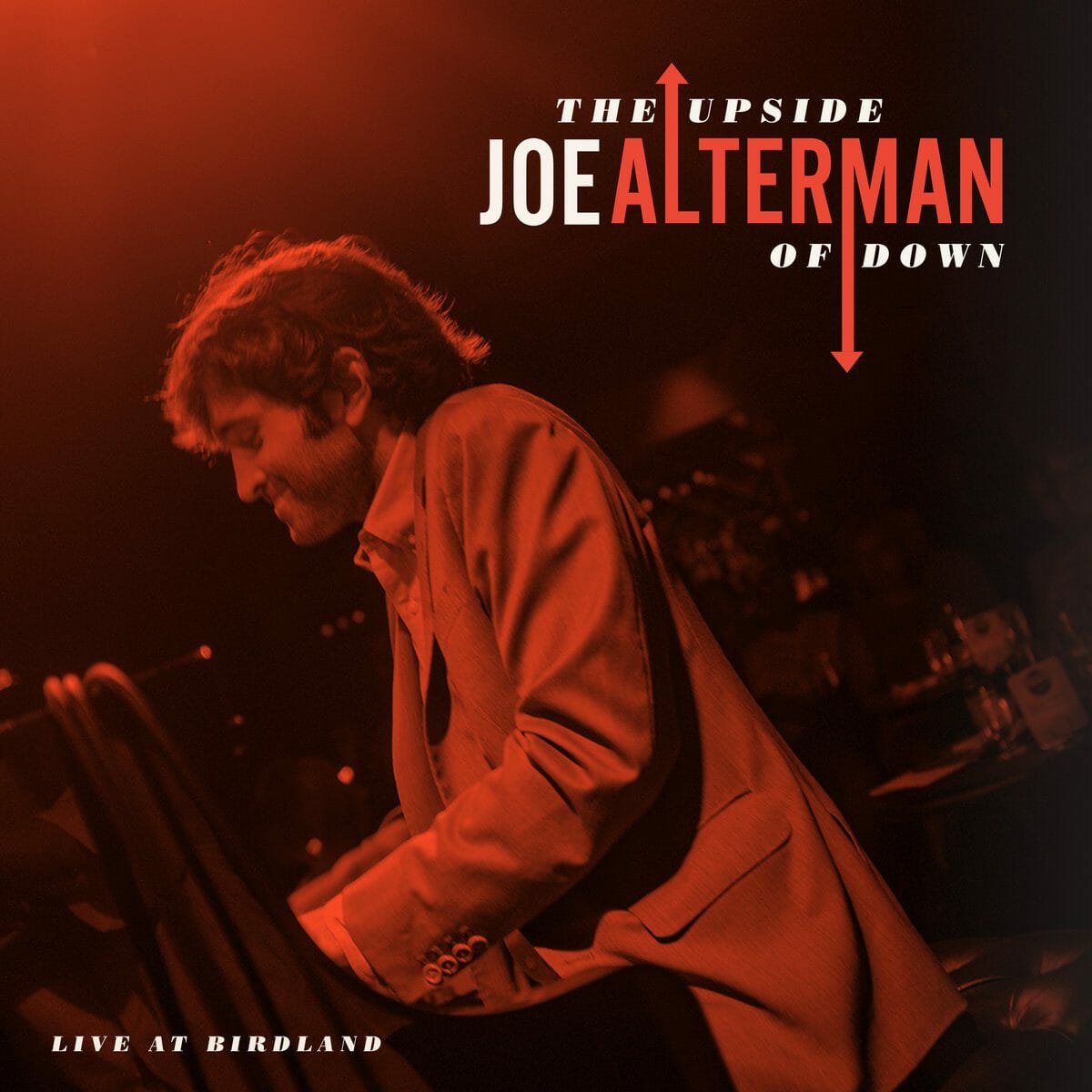 His new album, The Upside of Down, was recorded at shows in 2019 and 2020 at Birdland, with Marlon Patton on drums and Nathaniel Schroeder on bass. The album captures the warmth and intimacy of those live performances. “Truthfully, I don’t like recording in a studio,” says Alterman. “We’d recorded three or four nights at Birdland, and I figured I should just take those tracks and make an album from them.”

Alterman will celebrate the release of The Upside of Down with a show Friday at Eddie’s Attic.

He is also executive director of the Neranenah (Hebrew meaning “to come together and sing”) Concert and Culture Series, formerly the Atlanta Jewish Music Festival. As part of the organization’s concert series, Alterman will perform August 22 at Srochi Auditorium, focusing on the songs of such Jewish composers as Harold Arlen and Carole King.

Alterman, 32, has played piano since before kindergarten. He asked his parents for lessons, then decided he hated it. He’d try to improvise, and his teachers would rein him in and tell him there’s no improvisation in modern classical music. “I had a lot of teachers who scared me into practicing, but never one who inspired me into practicing,” he says.

His parents wouldn’t allow him to quit. Ironically, it was bluegrass guitarist Doc Watson who set Alterman toward a new path. He heard Watson play a boogie-woogie song at a festival and realized that sound would translate to the piano. His father bought him records by Jimmy Smith and Ramsey Lewis and Ahmad Jamal, and Alterman found himself in love with jazz pianists who emphasized the blue notes.

His hero was Oscar Peterson and when Alterman was 17, he convinced his dad to take him to New York City to see Peterson perform at Birdland. He talked his way backstage and met Peterson, who was warm and encouraging to the young pianist.

After graduating from Riverwood High School, Alterman went to New York University and received a Bachelor of Arts and master’s degree in jazz piano. Just as important, he got a low-level job at the Blue Note jazz club. The job allowed him to meet some of the jazz musicians whose records he’d listened to as a youth. And knowing he was an aspiring pianist, the club had Alterman play at its Christmas party, which helped expose his talent to industry heavyweights.

He released his first album, 2009’s Piano Tracks, Volume 1, as a college sophomore. The album was good, but showed a young musician still in search of his musical voice. The foundation, however, was clearly there.

On The Upside of Down, his sixth album, Alterman has found that voice. His music is vibrant and fresh, instantly as modern as it is retro. Most of the jazz masters emphasize the importance of leaving space between notes to allow the music to breathe and build drama, a part of the art form that is often lost in an era where emphasis is placed on technique and speed intended to dazzle.

Alterman clearly understands nuance, and the power of a whisper. It’s no accident that so many jazz piano legends have not only become his friend, but his champion. In the album’s liner notes, Ramsey Lewis calls Alterman “a breath of fresh air on the music scene.” Lewis is so enthusiastic about the young pianist that he recently joined a Zoom interview with Alterman specifically to help promote The Upside of Down. “I don’t know where Joe Alterman came from; maybe he’s from another planet,” Lewis joked.

Another legendary pianist who has liner notes on the album is Ahmad Jamal: “Having known Joe Alterman on a personal level, I attest to the fact that he remains a special artist.”

But of the jazz icons who have influenced him, Alterman’s closest friendship is with Les McCann, best known for the classic protest anthem “Compared To What.” They met when he opened a concert for McCann at the Blue Note in New York City in 2012.

“I did my sound check, and was waiting to see Les and he hadn’t shown up,” says Alterman. “I was still sitting at the piano when he came in, riding in a wheelchair. He rolled up to me on stage and said, ‘Play me some blues.’”

McCann recalls the moment in his liner notes for The Upside of Down: “To hear him play . . . it was mind-blowing. I said, ‘Damn! What a great pianist. Damn!’ It reminded me quite a bit of my beginning in the business.” McCann asked for Alterman’s number, and then actually called him. They have become deep friends and talk several times a week. McCann and Alterman co-wrote “Don’t Forget To Love Yourself,” one of the songs featured on the album.

McCann’s liner notes are starkly personal and speak to the impact Alterman has had on his life as he fights a debilitating illness. But then he comes back to the music. “I see the ultimate greatness in Joe,” Les McCann declares. “Y’all better be sitting down when you listen to this, because this shit is serious!”