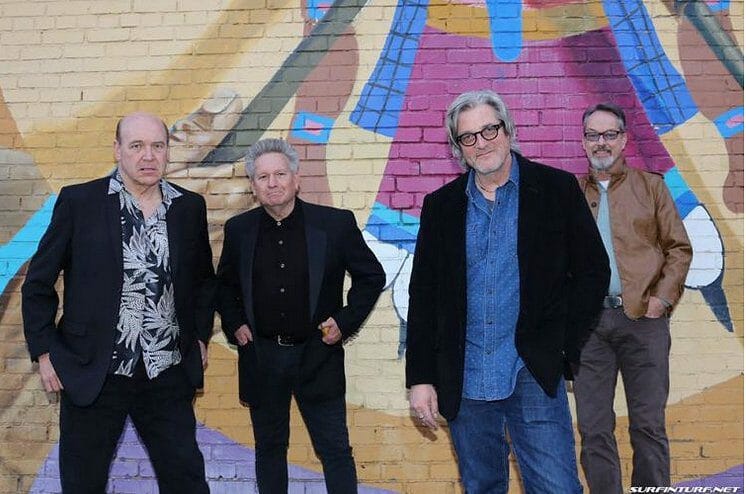 The Producers will be at City Winery Friday for two shows.

Actor’s Express opens its 34th season this weekend with Lucas Hnath’s Red Speedo. The company did his plays A Doll’s House, Part 2, and The Christians in 2018 and 2017, respectively. The four-character Red Speedo tells the story of an Olympic swimming hopeful desperate to win at all costs. Artistic director Freddie Ashley calls the piece “part thriller, part comedy and part indictment of modern America.” The cast includes Marlon Burnley, Rob Cleveland, Alexandra Ficken and Brian Ashton Smith. Note: Actor’s Express will require all ticket holders to show proof of vaccination, or a negative PCR test no more than 48 hours old, in order to enter the theater. Previews at 8 p.m. tonight and Friday; opens at 8 p.m. Saturday. Through September 5. $20–$50. Tickets HERE or at 404-607-7469.

Out of Hand holds its next Equitable Dinner at 5 p.m. Sunday (August 15). The Zoom gathering will tackle “Art and Conversation About the Weaponization of Citizenship” through an Asian lens. The evening includes a short play by Atlanta theater artist Skye Passmore, information from Raymond Partolan, national field director at APIAVote and small, breakout discussions. Free. Registration required HERE.

Atlanta Shakespeare Company’s A Midsummer Night’s Dream at Shakespeare Tavern Playhouse is its first staged production since the pandemic shutdown of March 2020. Playing double roles, everyone in the all-female, racially diverse cast tries to double the fun. Due to the undeterred pandemic, the Tavern is operating at a reduced seating capacity, there are no paper programs (guests can scan a QR code instead), and masks are required among the audience when guests are not eating and drinking. But for those starved for live theater, and especially Shakespeare, this is a welcome return of one of the city’s most venerable troupes. Through Sept. 5. $22-$44

Drew Beskin, recently featured in our Atlanta Soundtrack, performs Friday, August 13, at Smith’s Olde Bar to celebrate the release of his album Problematic for the People. Also on the bill are Elijah Johnston and Annie Leeth, who is marking the release of her EP Less Traveled. $12-17. 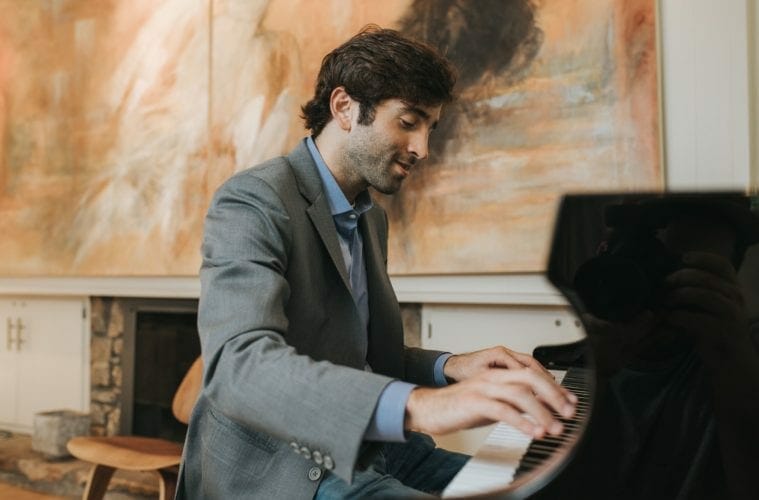 Jazz pianist and Atlantan Joe Alterman debuts his latest album, The Upside Of Down, Friday night at Eddie’s Attic with an 8 p.m. performance. Alterman’s album was recorded live at the famed Birdland club in New York City and his style of piano — which calls back to the classic years of Ramsey Lewis, Ahmad Jamal and Les McCann — has received wide acclaim. See our story on Alterman HERE. $20.

The City Winery offers a firm dose of ‘80s nostalgia in the form of Atlanta’s The Producers for two shows on Friday, at 6 p.m. and 9 p.m. The band released two major label albums, but their brand of quirky pop songs was probably a few years ahead of its time. Still, the band remains popular to this day, proving that good songs never lose their luster. Get ready to sing along to “She Sheila” and “What’s He Got” and their other classic songs just as your dad did at the Agora Ballroom in 1981. $30-38.

Caroline Lathan-Stiefel’s new exhibit Pieces, opening at Sandler Hudson Gallery on Saturday (August 14), explores what flags can express – a sense of identity and pride, or distress and emergencies — and how fabric can convey these diverse sentiments. The Atlanta-born artist is known for her deeply personal, large-scale sculptural installations consisting of fabric, plastic, wire and found objects. Regular hours Tuesday-Friday 11 a.m.-5 p.m. and Saturday 12-5 p.m. Lathan-Stiefel will be in attendance Saturday from 2-5 p.m. Through October 2. Free. 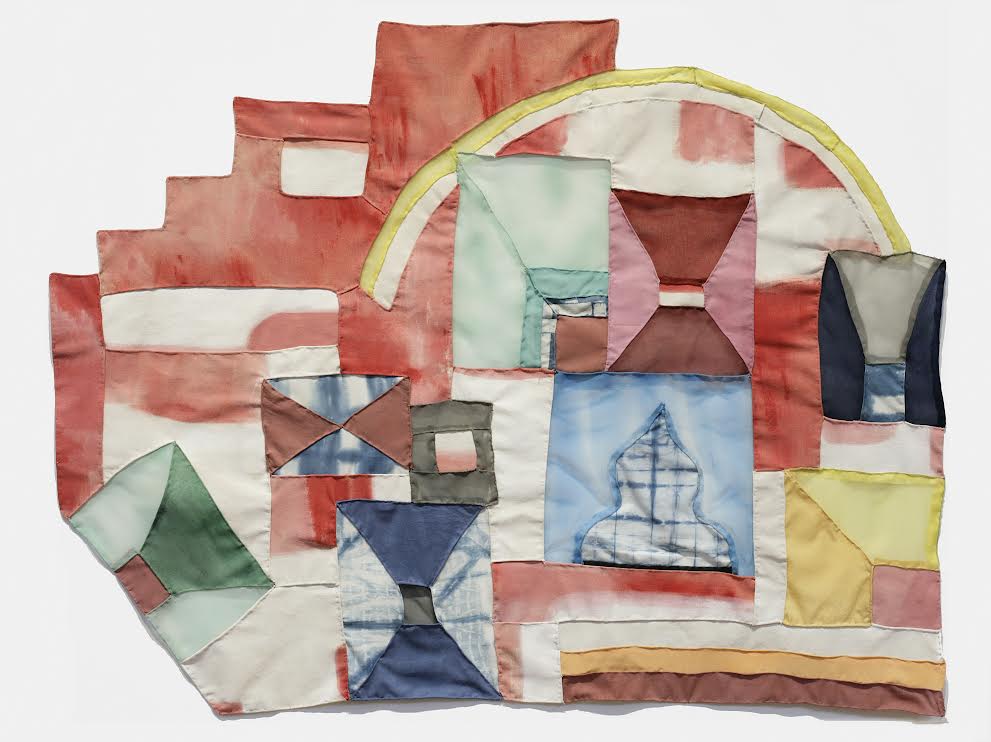 Caroline Lathan-Stiefel’s sewn assemblage “Batten” will be on display at the Sandler Hudson Gallery.

The High Museum of Art is offering a virtual introduction to two of its upcoming shows on Thursday, August 19, Gatecrashers: The Rise of the Self-Taught Artist in America and Really Free: The Radical Art of Nellie Mae Rowe.   Katherine Jentleson, the museum’s Merrie and Dan Boone curator of folk and self-taught art, will give an overview of both exhibitions and talk about her recently published book. It’s a Zoom event, free to members, $16.50 for non-members. 6 p.m. –7 p.m. Registration required.

Whose America Is It, Anyway? is a juried exhibition featuring 32 metro Atlanta artists in the Jack Sinclair Gallery at the ArtsXchange. The show addresses many of the racial, social and political struggles in America and the world, sparking conversations surrounding critical thinking, empowering alternative narratives, and inspiring dialogue in and around our communities.  The exhibition includes paintings, drawings, mixed media works, photographs, textiles and video. Free. Through September 30.