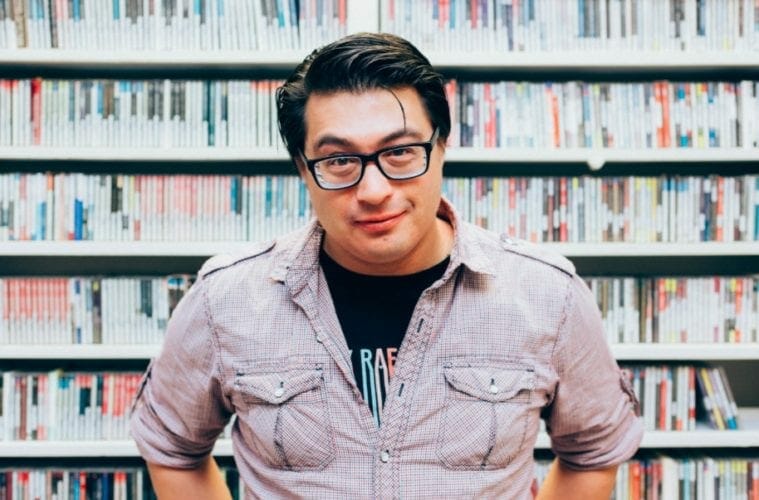 In Our Own Words: Myke Johns, writer and musician and podcast producer

Myke Johns is an Atlanta writer, producer and musician, who makes podcasts for iHeartRadio. He spent more than a decade in public radio at WABE and cohosts the live literary series Write Club Atlanta. He records music as the meaning of everything. (Photo by Figure and Ground)

It is because of epidemic that I live in America. Long before I was born, the city of Caloocan in the Philippines was experiencing annual outbreaks of El Tor, a strain of cholera. My Lolo — my grandfather — Dr. Arcadio Bustillo was division chief of epidemiology for the health department. He found that the food handling ordinances were woefully obsolete, some dating back even to the late 1800s. He and his team of sanitary inspectors worked to update the guidelines for the workers to put into practice and to trace and quarantine carriers. And then the city government stepped in. He was asked to just sign the health certificates. He refused. And then he was offered a couple pesos for each certificate he signed — more than his salary, all told. He refused. So the city shut down his program. That day, he went home to my Lola, my grandmother, and asked if she wanted to leave for America.

The idea of “home” has me look at once backward and ahead with unique flavors of uncertainty. I am a Filipino American Millennial Midwestern Southerner, and I am not certain I know what “home” means. Living here, we can never be content or secure, buffeted by ceaseless crises. Even now, writing this to process the eight murders in Atlanta, we must deal with 10 more dead in Boulder. Gun violence looms, a corrupting force. It is because of corruption that I live in America.

We are not safe here. I think I see a familiar face in a viral video, but it is Xiao Zhen Xie, 76, weeping after fighting off a daylight attack in the streets of San Francisco. Her face is bloodied, but I see my Lola there, hurt, and my heart snaps in half. She and Lolo have been dead many years and though I miss them, I am glad they do not have to live to see their bruised visages in the news, have to survive a pandemic worse than the one they left behind. America makes me glad my grandparents are dead and I hate that more than I can say.

I aspire to Lolo’s principles. When compromise becomes intolerable I hope, like him, I can make the difficult choices to give my family a life they deserve. It is because of hope, after all, that I live in America.