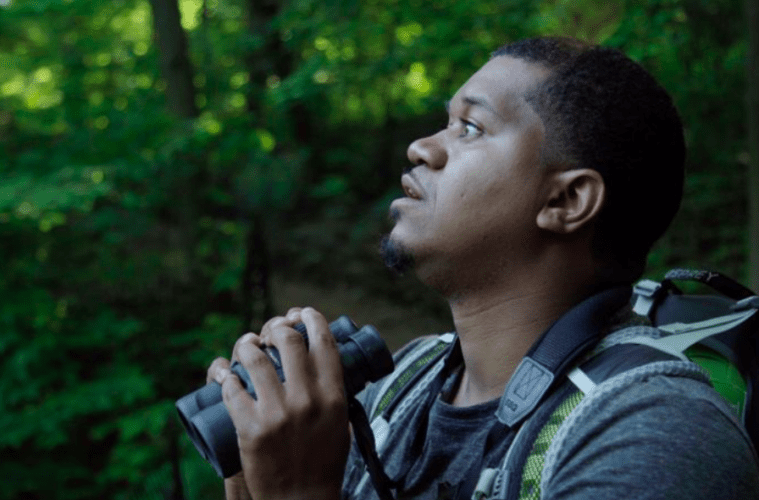 In Our Own Words: Jason Ward, bird-watcher and TV documentary host

Following Christian Cooper’s encounter with Amy Cooper, when she falsely accused him of threatening her life in Central Park last spring, the fallout made me realize how few Americans view Black men as potential victims. What frustrated me the most about the public’s reactions was when people said things like, “I can’t believe this would happen in 2020!” Or “I’m just so shocked that we’re still in this kind of society!,” when we’ve been screaming this stuff for decades.

I know Christian personally. He is a strong, confident man. So when I watched the video and heard the trembling in his voice it let me know how precarious the situation was from his perspective, and immediately transported me to similar experiences I’ve had.

Birds pop up in the weirdest locations and I often wind up observing them in solitude, which puts me in a very vulnerable position. Last weekend, for example, I headed to Lake Lanier after reading reports of a brown booby sighting. The brown booby is a seabird that lives in the Caribbean and never having seen one in person, I was eager to check that off my bucket list. After looking up the coordinates of where people spotted the bird I drove to Forsyth County and . . . wow . . . there were Trump flags everywhere. I had no idea it was like that and it make me feel a little uncomfortable.

On another occasion, I was sitting in my car in Sandy Springs waiting for a storm to pass so I could start birding at a local park. I prefer to go birding after it rains for multiple reasons. For one thing, birds that have been hunkering down will come out to feed as soon as it stops raining. Also, people tend to avoid the park during a downpour — making spaces more habitable for wildlife. As I was waiting for the rain to stop, I noticed there was one other vehicle in the parking lot: a police SUV. I paid it no mind, went birding, didn’t see much,and got back in my vehicle to drive to a neighboring park. The second location had a gravel parking lot, and as I got out of my car and started gathering my gear I heard gravel crunching behind me. I turned around and saw the same police SUV.

This time my antennae was up when I started to bird. And after a while, I realized I wasn’t sticking to my normal routine. Instead, I was performing birding. Without making a conscious choice, I was exaggerating my gestures, like a mime, in an effort to send a clear signal to the officers that I was not a threat. And yet, each time I advanced on foot, they inched a little closer in their SUV. Fortunately, nothing came out of that situation. But it was a little unnerving to say the least, especially since I was the only one in the park.

The majority of birding groups were formed as a way for people to escape the ordinary, but some of us don’t have that luxury. Imagine looking skyward, then being brought down to Earth in the most ugly way because of racism. It’s disheartening.