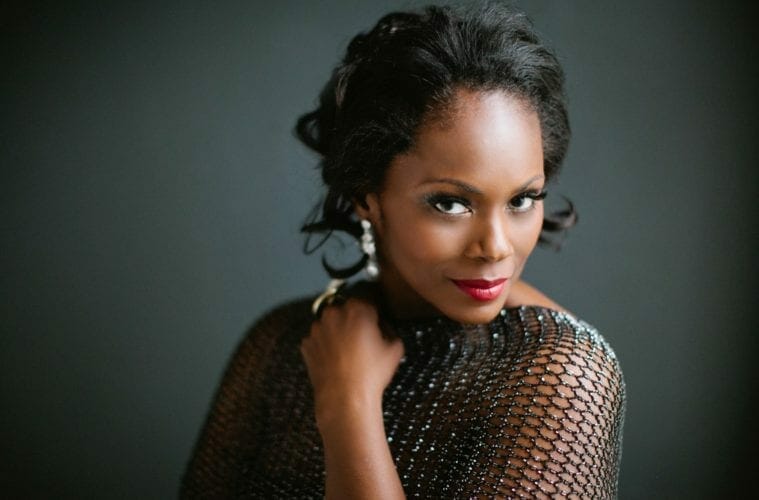 In Our Own Words: Indra Thomas, classically trained soprano and educator

I grew up in Atlanta in an all–black middle class neighborhood and never experienced racism until attending college in the hills of Rome, Georgia. I was a freshman when a dorm-mate called me “the upstairs nigger.” She thought I wouldn’t be offended because she was Laotian, but I was so hurt and shocked that I froze. As everyone laughed, I told myself, “Pick your battles, Indra!” and wound up laughing along in nervous reaction. I had a decision to make in that moment: run home and lick my wounds, or stay and evolve from the experience. I chose to do the latter, and it became a defining moment. I resolved to learn my craft, be the best in my field and outshine those who looked down on me because of the color of my skin. As an opera singer, playing into the poisonous hate of racism was never an option because I need love to make beautiful art onstage.

Although I’ve never been targeted, racism is definitely a problem in the opera world. For example, tenors are typically cast as the romantic lead but because Black men are rarely imagined in such roles, Black male tenors have been at a distinct disadvantage. Not only are they rarely cast opposite white sopranos, but even I have never had the privilege of  being paired with a Black tenor as my leading man in over 20 years. I have, however, sung with plenty of Black baritones and basses — who are often cast as the villain or the old man. This is microaggression at its finest. To be clear, I’ve sung with many Black tenors in concerts or recitals but never in an opera . . . which would have been nice.

I’ve anticipated civil unrest for a long time, but never expected allyship. Following the news of George Floyd’s killing, my inbox, voicemail and social media platforms were filled with messages from friends worldwide — all in solidarity with the Black Lives Matter movement. Their support was a comfort. I feel hopeful because the voices of BIPOC are finally being welcomed and received with loving, compassionate ears en masse. We still have a long way to go, but I believe the act of listening is a critical first step to finally achieving justice.