Tyler Perry Studios used a plan it called "Camp Quarantine" to reopen as safely as possible during Covid-19. Cameras rolled for the BET dramedy "Sistas" beginning July 15. Now "The Oval" is being filmed, with more to come. (Photo by Tyler Perry Studios)

Cameras roll at Tyler Perry Studios, among first in film industry to shoot in era of Covid

Hollywood in Atlanta is going back to work. At least at a couple of well-known spots.

Tyler Perry Studios in southwest Atlanta began shooting the 22–episode second season of the BET dramedy Sistas on July 15 and finished in 11 days. Pinewood Studios in Fayetteville has been retooling its facilities with an eye toward safety and likely will gear up soon. 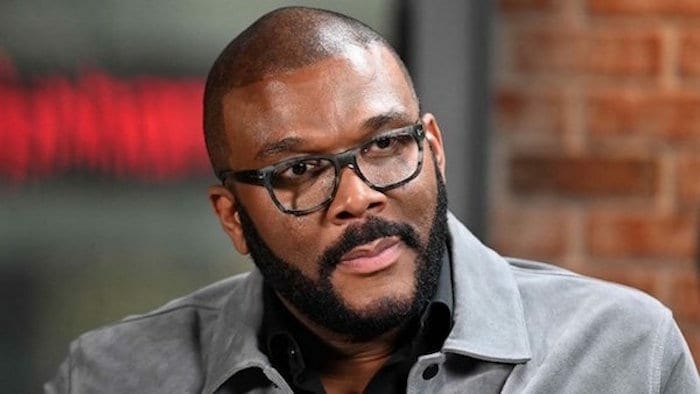 Four TV shows are in the pipeline at Tyler Perry Studios, all written and directed by Perry himself — “Sistas,” “The Oval,” “Bruh” and “Ruthless.”

Sistas has been followed by the presidential drama The Oval, which began filming July 30. Bruh and its spinoff, Ruthless, will shoot next. All air on BET. This, most likely, makes Tyler Perry Studios the first in the United States to finish a season of production during the pandemic.

Tyler Perry Studios never really closed, Tracy McGraw, head of communications, said in an email. It was functioning with a minimum basic operations crew while following all official executive orders. Only production was not up and running during the past four months of Covid-19.

Preparing to film required consulting experts and making sure actors and crew members would be safe. The studio partnered with Drs. Carlos del Rio and Colleen S. Kraft of the Emory University School of Medicine and Grady Memorial Hospital’s Dr.  Sanjay Gupta, who teaches at Emory.

Perry has spoken to the online news site Deadline, the trade paper Variety, The Atlanta Journal-Constitution and last week visited with Gayle King on CBS This Morning to talk about his studio’s plans but has declined to make himself available to ArtsATL.

Tyler Perry Studios’ confidential Covid plan — called Camp Quarantine – was sent to cast and crew members in May and later leaked to the press. Some people  worried about performers’ safety and health, others were impressed by how comprehensive it was. 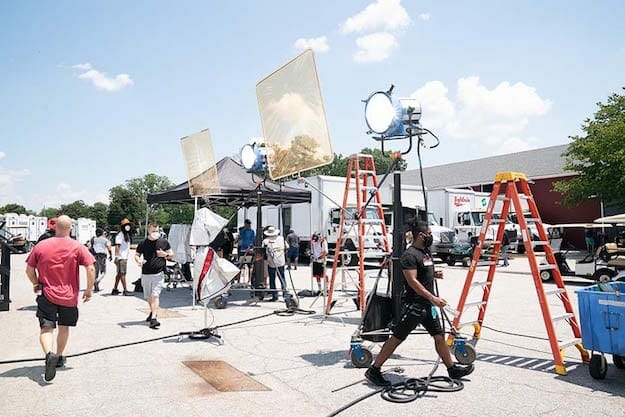 The size of Tyler Perry Studios works in its favor. Its sits on 330 acres in southwest Atlanta on land that was once home to the Army’s Fort McPherson. It has 60 fully furnished houses and additional housing was built. Amenities such as housekeeping, 24–hour catering, laundry facilities and a gym make it possible for cast and crew to live on-site for some  time. The studio also brought in additional security, safety personnel and medical experts as it prepared.

Actors and crew members were tested for Covid-19 every four days before they arrived and after, McGraw said. Actors and crew in Los Angeles and New York were tested before getting on a private plane to Atlanta, then isolated for six days to make sure they were free of  coronavirus.

The studio hopes its efforts will encourage others.

“Our strategy is in the public domain, so other studios can use our model if they choose to,” McGraw said in her email. “However, the major studios are all pros in this space as well. We can all learn from one another.”

Pinewood Atlanta Studios, North America’s second-largest production facility, announced in late June that it was investing millions on new protocols to make filming safer and to mitigate and eliminate Covid-19 transmission. Again, no one at the studio was willing to speak to ArtsATL, but it did issue a press release.

“We’re committed to making Pinewood Atlanta Studios the cleanest and most secure production facility in the world,” president and CEO Frank Patterson said in the release. “We meticulously examined our systems and the way in which people interact on our lot to solve for every point of transmission we could uncover. When production restarts, we want all crew members to know that their health and safety is our top priority.” 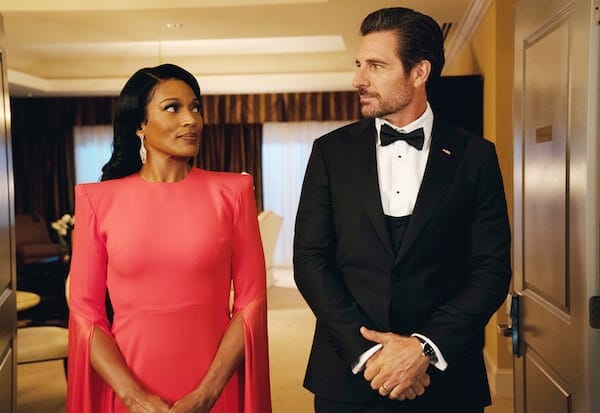 In the prime-time soap opera “The Oval,” Kron Moore is the first lady of the United States and Ed Quinn is the president. (Photo by Charles Bergmann)

Movies such as Avengers: Endgame (2019), Avengers: Infinity War (2018) and Ant-Man and the Wasp (2018) were filmed at the 70–acre Pinewood. No projects have started or been rescheduled since the pandemic began.

Pinewood partnered with the Atlanta medical testing company BioIQ to monitor the wellness of those entering as well as New Jersey’s Synexis, a biodefense company that uses something called dry hydrogen peroxide technology to reduce viruses, bacteria and mold in the air and on surfaces.

“We optimized our system for how Pinewood works,” Synexis CEO Eric Schlote said in the statement, “taking into account the studio layout, the number of people and the interaction filmmaking requires.” He said once installed the system is always working and will not disturb normal work flow.

For most of Georgia’s $9.5 billion-plus film and TV industry it’s still a wait-and-see world, according to Lee Thomas, deputy commissioner of the Georgia Film Commission.

“All of the studios are being super cautious so they don’t open and have to shut down. Most of our bigger shows will be later in the fall, it seems.”

The Georgia-shot Ozark, just nominated for 18 Emmy awards, is expected to resume in late September. It shoots in and around Atlanta and Savannah. Smaller projects such as the independent feature Double Kidnapped, the TV One movie Don’t Waste Your Pretty and the second season of BYUtv’s Dwight in Shining Armor were scheduled to shoot in July but have not reported any progress on those projects.