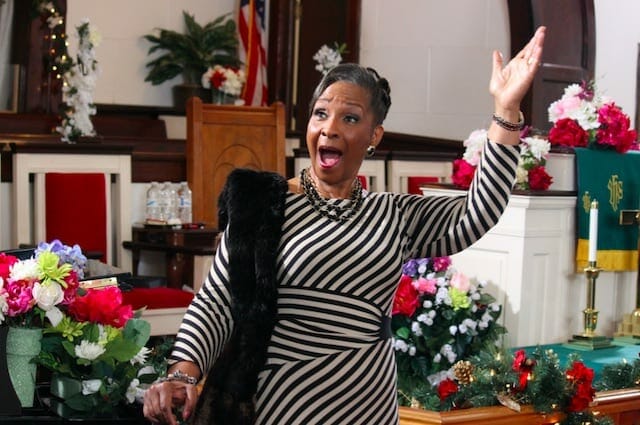 In Our Own Words: DeEtta West, actor and author and minister

DeEtta West is an actor, singer, voiceover artist, author, motivational speaker and, since 1983, a licensed minister. She has appeared in UPtv’s Chandler Christmas movie series, including Marry Us for Christmas. And she has a cameo in Julie Taymor’s Gloria Steinem biopic, The Glorias: A Life on the Road,  streaming on Amazon Prime. (Courtesy of UPtv)

After four years of instability, I can finally breathe. We don’t always recognize the signs of lingering stress. If a disruptive force is pervasive enough, we can fail to see it. But when Joe Biden and Kamala Harris were elected, I literally slept through the night for the first time in four years, and have not tossed and turned since.

I cried over George Floyd as if he were my child. It was as if I could hear my son calling, “Mama.” I grieved for Breonna Taylor and every victim held up by the Say Her Name movement. So, to watch Georgia turn blue — see Raphael Warnock and Jon Ossoff represent Georgia in the Senate, and have Vice President Harris be the tie-breaker — I was grateful to be shedding happy tears for a change.

As a minister and someone who is naturally empathic, I believe everyone is capable of redemption and worthy of forgiveness. My primary focus, though, is on the preservation of democracy. And there are so many ways we can make a deposit to enhance the lives of others. But we have to stop talking about it, and be about it. We have to be proactive. Every person of voting age has a responsibility to educate ourselves, stay woke and come through on every election day.

As for anyone who claims they don’t have a seat at the table, I say go get a folding chair and make a space for yourself because saying, “It’s never gonna change,” is not an option.