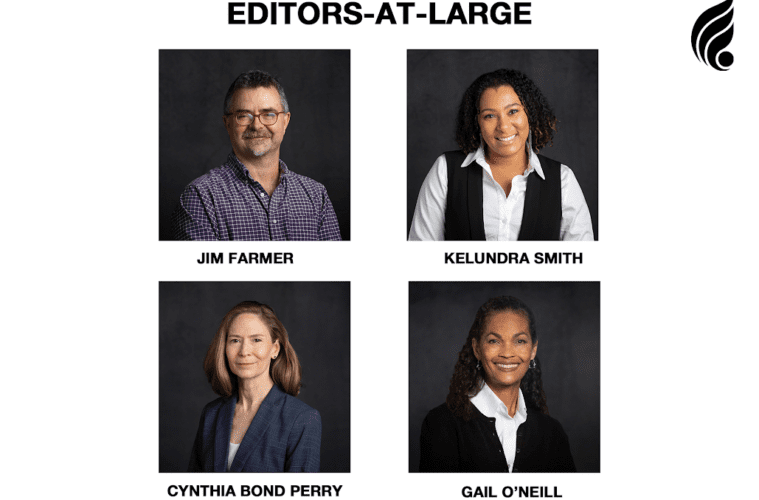 ArtsATL is pleased to announce that four of its primary and long-term writers have been named editors-at-large: Cynthia Bond Perry, Jim Farmer, Gail O’Neill and Kelundra Smith.

“We want to recognize Cynthia, Gail, Jim and Kelundra for their enormous contributions to ArtsATL,” executive editor Scott Freeman said. “They are four of the most respected arts writers in Atlanta, and bring a wealth of experience and knowledge to what they write. We are grateful for their work over the  years and look forward to their stories in the future.”

The four editors-at-large are:

CYNTHIA BOND PERRY has covered dance for ArtsATL since our founding in 2009, and has become one of the most respected dance writers in the Southeast. She also has contributed to Dance Magazine, Dance International and The Atlanta Journal-Constitution. She has an M.F.A. in narrative media writing from the University of Georgia.

JIM FARMER covers theater and film for ArtsATL. A graduate of the University of Georgia, he has written about the arts for more than 30 years. He’s a finalist this year for a Los Angeles Press Club National Arts & Entertainment Award for his ArtsATL appreciation of the late puppeteer Bobby Box. Jim is the director of Out on Film, one of the largest LGBTQ film festivals in the United States. He lives in Avondale Estates with his husband, Craig, and their dog, Douglas.

GAIL O’NEILL is a longtime ArtsATL contributor who covers arts and culture, curates our “In Our Own Words” series and writes our monthly “BookMarks” column. She hosts and produces Collective Knowledge — a conversational series broadcast on TheA Network — and frequently moderates author talks at the Atlanta History Center.