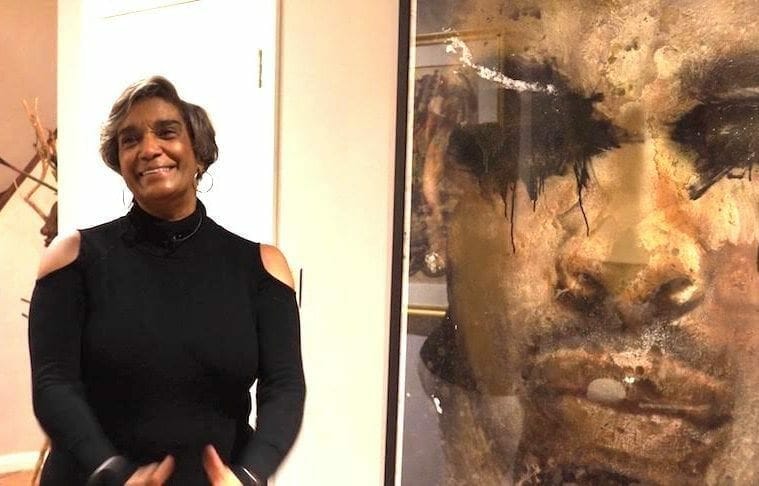 In Our Own Words: Camille Russell Love, from the Mayor’s Office of Cultural Affairs

Camille Russell Love is executive director of the Mayor’s Office of Cultural Affairs and a 2017 recipient of the Knight of the Order of Arts and Letters from the French government. Russell Love says she was raised under Jim Crow laws in Winston-Salem, North Carolina, and was in high school when the Rev. Martin Luther King, Jr. was assassinated. “Instead of preparing for prom, I was preparing for protest.”

Our country was in the throes of a major reckoning when I was an undergraduate at Wake Forest University in the 1970s. I took part in student demonstrations to end segregation, but it wasn’t just about race back then. We were also protesting to highlight the absurdity of fighting a war in Vietnam when Black people didn’t have civil rights at home. It was an exciting time because we all seemed to be pulling in the same direction and making progress. Back then, I was hopeful. I believed the world was full of promise. And I kept pressing for change so that future generations wouldn’t repeat the mistakes and suffer the consequences that saddled my generation.

Fifty years have passed and we’re still having this conversation. Schools have been resegregated. Neighborhoods have been resegregated. The country is in an uproar over Confederate monuments and people honoring their so-called heritage in defiance of historical facts. The American flag has been appropriated by the far right as if its provenance and our national identity is theirs alone. When I see young people demonstrating today, it feels like déjà vu. It’s just ridiculous. And I am disgusted by the retardation of progress.

The reason we’re still having this conversation 50 years later is because, generally speaking, some white people just don’t want to acknowledge the value and the worth of people who don’t look like them. I guess if you’ve been told your entire life that no matter what a person of color accomplishes, the color of your (white) skin makes you better than them, that’s a hard lesson to dismiss. Still, it begs the question, “What are you afraid of? Is it insecurity that blocks your ability to grow and make progress? Is there something so deeply rooted in your psyche that prevents you from acknowledging the value and worth of another human being’s experience?”

If I could time travel and speak to my younger self, I would tell her to keep pressing on. I’d applaud her commitment to a noble cause and support her refusal to be dissuaded, deterred or discouraged in her demand for liberty and equal justice for all Americans. For now, though, I want to appeal to mothers, who are the first teachers of children, and say it’s important for you to raise your children in a way that will ensure their development as complete human beings.