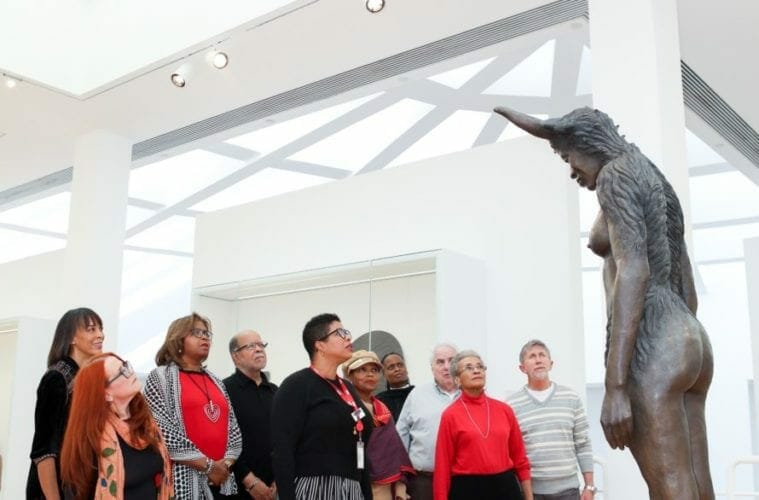 Demographics aren’t particularly sexy, but the High Museum of Art is using them to envision its future and what its audience will look like. That’s led to the creation of three new engagement efforts, designed largely for the 55 and older crowd.

Numbers show that metro Atlantans are aging. Some 24 percent will be at least age 60 by 2030 and Forbes magazine predicts Atlanta will be the nation’s most rapidly aging city by that year.

“Instead of looking at what’s trending among artists, Rand has been tracking Atlanta,” says Virginia Shearer, referring to museum director Rand Suffolk. And so the Education Department she leads now includes a division of Creative Aging and Lifelong Learning. The High plans to upend societal assumptions (“you can’t teach an old dog new tricks”), while meeting the needs of a long-neglected age group. Although the targeted audience is age 55 and older, the classes are open to everyone. 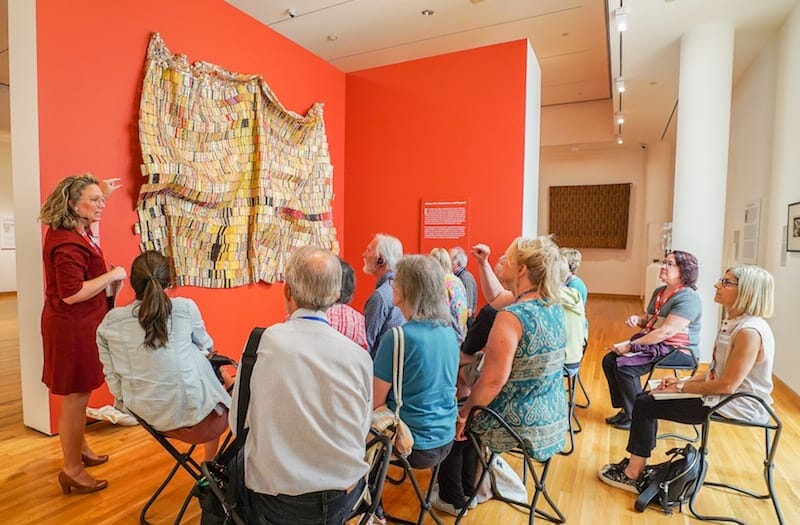 Three new series have been or will be rolled out — Masterworks & Mindfulness, which uses such mindfulness techniques as “close looking” and “conscious breathing” to help visitors engage more deeply with a work of art; Speaking of Art, which teaches visitors how to investigate art through conversation and close looking; and From Paintings to Petals: Impressionism and Post-Impressionism, which, on March 9, will help visitors learn how to make floral arrangements inspired by impressionist and post-impressionist paintings. It’s inspired by the Claude Monet mantra, “I must have flowers, always and always.”

The first Masterworks & Mindfulness has already been held, with the next scheduled for 1:30 p.m. February 18. Look for others on March 17, April 21 and May 19. The hourlong sessions are $10 for High members and $20 for what it calls “not-yet-members.”

“Social isolation is a big challenge for older adults,” says Laurel Humble, recently hired by the High to pilot the initiative. “The loss of friends and family or having to leave your home, neighborhood and community is underappreciated.” The High’s programs help address those issues, she says, by inviting patrons to make new social connections, not just because they’re the same age but because they have a shared interest in art.

Before coming to the High, Humble spent 12 years running the interactive Meet Me at MOMA program at New York’s Museum of Modern Art. It works with patrons with dementia as well as their families and caregivers. The program broadened her perspective on aging, Humble says. (The High has a similar program, called Musing Together, which it does in partnership with the Georgia chapter of the Alzheimer’s Association.) 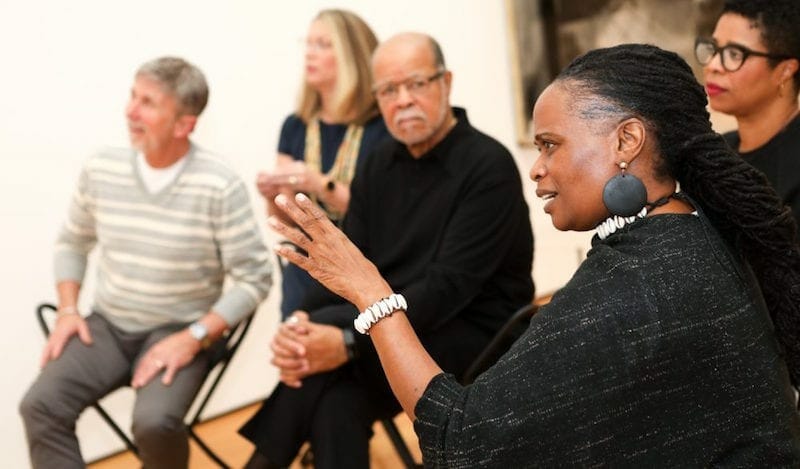 The first Masterworks & Mindfulness session, led by Charisse Williams, a certified mindfulness practitioner and yoga instructor, attracted 24 patrons. “We had a nice mix of members, not-yet-members,” Humble says, “a pair of sisters and one woman who came with her daughter and grandson. After looking at one artwork for an entire hour, one of the participants said, ‘If I had been in this gallery before, I would have spent 17 seconds looking at the painting, moved on and retained none of it. But after sitting for an hour, I’m still curious to learn more.”

The division may continue to grow. It depends on what High staffers hear during exit interviews and focus groups and through other patron feedback.

There’s nothing new about looking to masters like Monet, Matisse and Modigliani for inspiration, but the High is a leader when it comes to art museums exploring new ways to encourage lifelong learning. This fall it will cohost the first-ever convening on aging, in collaboration with the American Alliance of Museums.

“There’s a rich history of thinking about how we learn across our lifespans in library settings and other community-based arts programs,” says Humble, who favors adding a post-bereavement program. “But museums have only started to look at this arena pretty recently. Our goal is to create a space where patrons can absorb information and feel intellectually stimulated. But we also want to provide a starting point to help them make new and lasting connections . . . because simply trying something new and coming together around a shared interest can be life-changing at any age.”