It’s year 10 for the Atlanta Jewish Film Festival, one of the city’s welcome peeks into world cinema, with titles ranging from feature films to documentaries to animation. The festival runs Jan. 13-24 in various locations. Many screenings are already sold out. Act fast.

The strongest of the mere five movies (out of the festival’s 40+) that I watched in advance was also the most challenging. Israel’s official submission for best foreign-language film at this year’s Oscars, “Ajami” (screens Jan. 16, 17 and 24; subtitled) is named for the neighborhood in Jaffa, itself now part of Tel Aviv. Indebted to the chronology-fracturing anti-structure of such films as “Amores Perros,” “Babel,” and others, the movie explores the crushingly complex interactions of Jewish, Christian and Muslim residents. 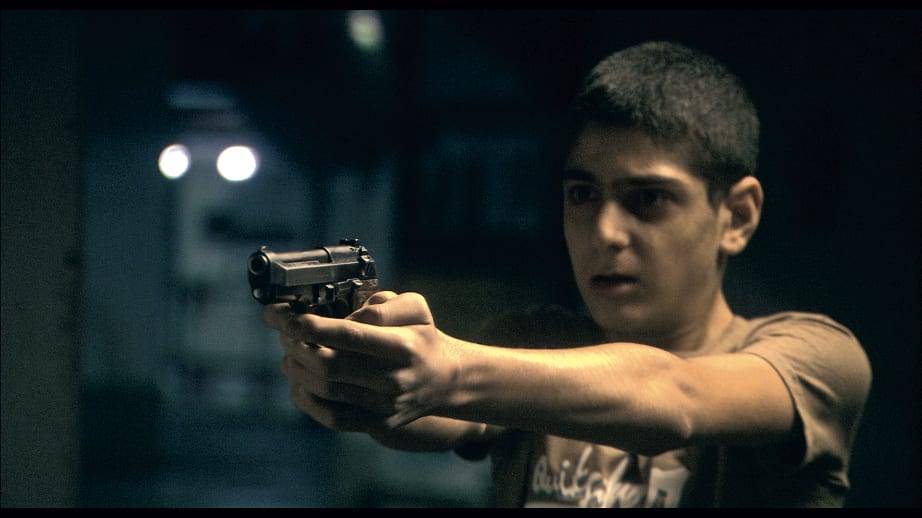 A Muslim family is held financial hostage by a more powerful clan extorting “protection money” from local businesses. A restaurant cook carries on a clandestine affair with his boss’s daughter, but her Christianity makes their relationship as unlikely as Romeo and Juliet’s. A Jewish man complains to his Muslim neighbors about their noisy sheep, with violent results. And a cop waits with his family to learn the fate of his kid brother, an Israeli soldier who has mysteriously disappeared.

The stories are loosely interconnected by a young boy who seems able to peer into the near future — though he can’t change the bad things he sees heading toward his neighborhood. It’s difficult, at first, to track all the players in “Ajami.” The fact that it’s hard to distinguish among Muslim or Jewish or Christian characters is really the movie’s point, as we see a society trapped in vendettas and prejudices that seem atavistic and pointless. (In an encouraging, behind-the-camera note, the movie was co-directed by Yaron Shani and Scandar Copti, an Israeli and a Palestinian filmmaker.)

Easier to follow but a much less satisfying feature is “Within the Whirlwind” (Jan. 16, 17 and 24), starring Emily Watson as real-life Russian Jewish poet Evgenia Ginzburg, whose teaching career was derailed by the Stalinist purges of the 1930s. In showing how dogma can be harnessed for harmful ends, “Whirlwind” shares some themes with “Ajami,” but not much else. It throws us headlong into confusion as colleagues at Evgenia’s university are rounded up on groundless charges of disloyalty to the Communist party. Then she herself is targeted by an evil apparatchik (a two-dimensional villain, played two-dimensionally by Ian Hart).

Evgenia is sentenced to a wintry labor camp, where nothing happens that you haven’t already seen in a prison drama or, worse, a simplistic romance. The second half of the film becomes a tepid tale of courtship between Evgenia and a camp doctor (Ulrich Tukur, of last year’s “Seraphine” and the forthcoming “The White Ribbon”). Considering what a feisty, feminist director Marleen Gorris can be — she gave us the Oscar-winning “Antonia’s Line” in 1995 — the movie is a soggy letdown.

As with all film festivals, the AJFF features interesting documentaries. If you ask me, over the past two decades documentary filmmakers have been taking more interesting risks than most features directors.

“Where I Stand: The Hank Greenspun Story” (Jan. 17, 22 and 24) delivers the too-crazy-to-be-fiction tale of the one-of-a-kind fellow in the title. A mix of crusader, con man and chameleon, the late Greenspun initially worked in Las Vegas as a PR guy for mobster Bugsy Siegel’s pipe dream casino, the Flamingo. Later, though, through his newspaper the Las Vegas Sun, he exposed and challenged the Mafiosi that were trying to strangle the gambling mecca. He also ran arms and other supplies illegally to Israel … and took on Joe McCarthy … and, well, see for yourself. 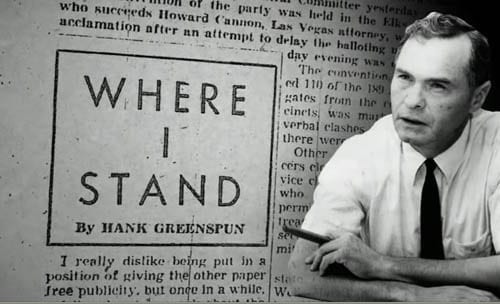 The story is told through photos, archive footage, and interviews with Greenspun and family members, hopscotching over a wide (sometimes discombobulating) number of years.  The movie’s weirdest, jarring choice is to have Oscar-winner and late-career ham Anthony Hopkins narrate in the persona of Greenspun himself. His moneyed Welsh purr couldn’t be further from Greenspun’s actual brash, vital voice, and gives the movie a dissonant jolt every time. 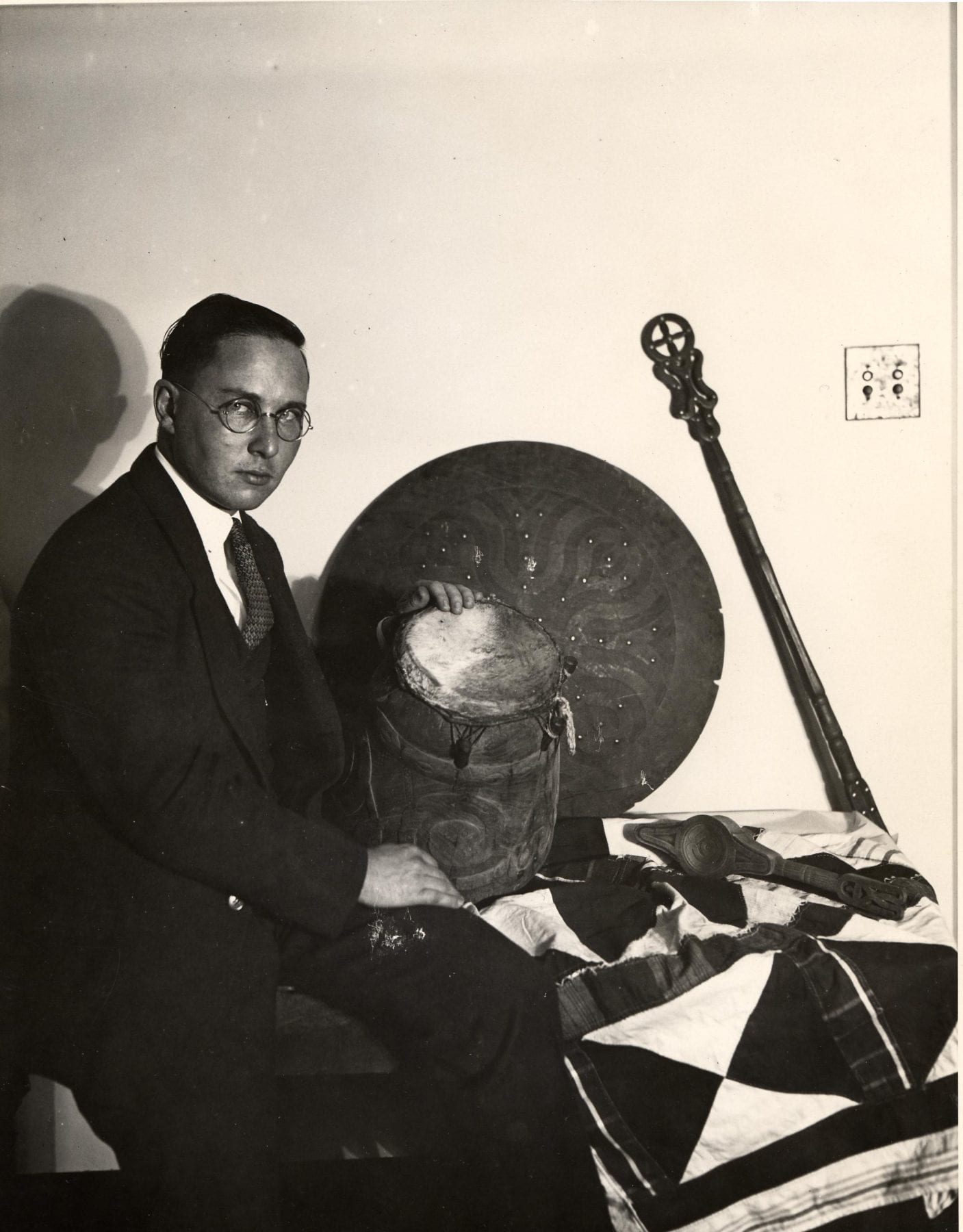 Another interesting documentary is “Herskovits at the Heart of Blackness” (Jan. 18), focusing on anthropologist Melville J. Herskovits and his pioneering work in African studies. The movie features some interesting commentary from former Spelman president (and Herkovits student) Johnnetta B. Cole.

A fascinating look at the tensions and affinities between Jewish and African-American cultures, the documentary explores identity politics and the deathless question of who, exactly, owns a particular people’s story.

The last of the five films I saw could turn out to be an audience favorite. It sure as hell wasn’t mine. Shot in shades of jaundice and diarrhea, the claymation cute-a-thon “Mary and Max” (Jan. 17 and 18) features the voices of Toni Collette and Philip Seymour Hoffman as the title characters. 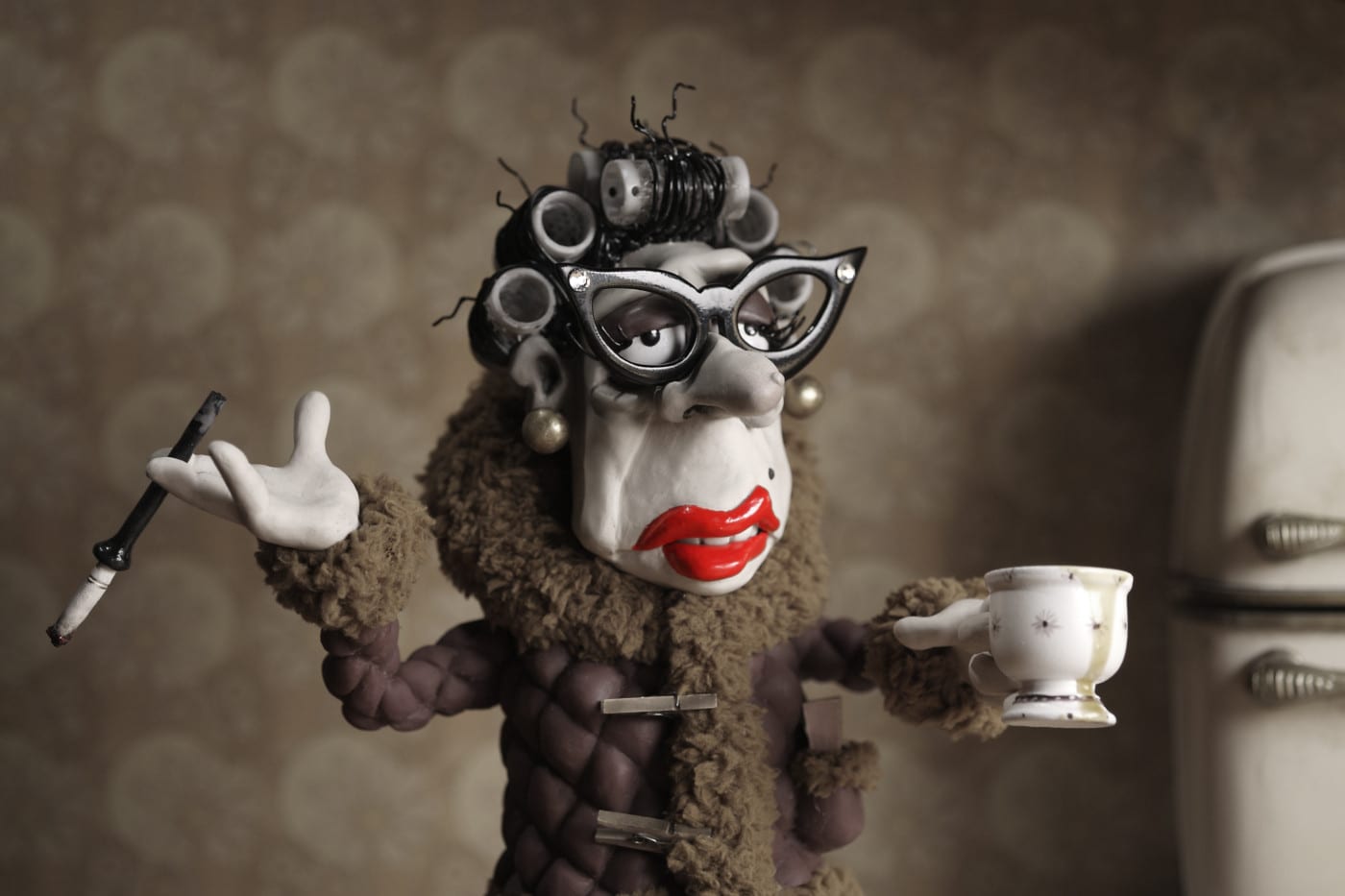 She’s a lonely Australian schoolgirl, he’s an obese New York shut-in with Asperger’s Syndrome, and they embark on an unlikely pen-pal relationship. This loser-meets-loser plot serves as the framework for writer-director Adam Elliot to hang one damp clot of whimsy after the next.  Consider yourself warned.

But remember: The festival offers more than 35 other films I didn’t get a chance to lay eyes on. No doubt some gems await.