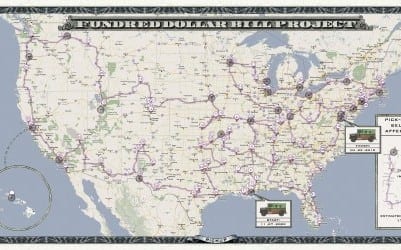 Not all art is intended to find its way into a museum. In fact, millions of small drawings created by people across the United States will soon be headed to the Federal Reserve Board and Congress in Washington. The works are part of the Fundred Dollar Bill Project, a community action and performance piece that is the brainchild of internationally recognized artist Mel Chin.

Chin has asked people around the country to decorate one of his templates designed to look like a $100 bill. These fake hundred — or “Fundred” — dollars are being collected at sites around the country, where they are counted and bundled. Beginning Jan. 18, a special armored truck that has been converted to run off of waste vegetable oil will travel the country, stopping at each collection site to gather the funny money and fuel. The final stop will be in Washington, where Chin intends to ask Congress to exchange the “Fundred” dollars for real dollars to be used to clean up lead-contaminated soil in New Orleans.

Chin has been studying the soil of New Orleans and discovered that 86,000 properties there have dangerously high levels of lead. Children walking barefoot or playing in the dirt can absorb the metal, and it can linger in their bodies for years. As the American Academy of Pediatrics has explained, “Exposure to lead can cause cognitive damage and behavioral issues. Ongoing exposure has been linked to loss of IQ points, higher rates of behavioral and attention problems, and reading disabilities.”

Chin has been working with a group of leading environmental scientists and landscape architects on a soil remediation program called Operation Paydirt, which he hopes to pay for with money raised by the Fundred Dollar Bill Project. If successful in New Orleans, the remediation could be applied in cities across the country that have similar contamination.

Atlanta-area schools, Girl Scout troops and Boys and Girls Clubs are lending a hand by organizing classes or events where the Fundred bills are decorated. Pepper Arnold, an art teacher at Berkmar Middle School in Lilburn, is spearheading the effort on her campus. She encouraged the school to become a collection point, and now any school in the Gwinnett County system can send Fundred bills to her. At this writing, she has collected 1,254 submissions.

“Fundred provides the potential for making interdisciplinary classroom connections,” Arnold says. “Students are allowed to be creative, to express themselves and who they are, as well as learn about issues that plague our country, such as contaminated soils and the effects of this in New Orleans and other cities around the world.”

While the idea of kids helping kids is integral to the project, everyone is welcome to participate. The Atlanta Contemporary Art Center has set up a Fundred-making area in its Resource Room, complete with markers, pencils, templates and instructions.

“Numerous individuals and groups have come to make their own bills as part of organized outreach efforts, and other visitors to the center have become interested and made them on site,” says Stuart Horodner, the Contemporary’s artistic director, who has also brought Chin in to speak about the project. “As an art center, we can play a variety of roles in support of artists and ideas. We exhibit work, commission projects, bring in arts professionals for education programs, and we can occasionally act as advocate or facilitator on various arts initiatives. Mel is a very important sociopolitical environmental activist artist, and I have the greatest respect for his work.”

James Bentley, a master’s degree candidate at Georgia State University, serves as the project’s local representative, providing resources for schools, community groups and individuals who want to get involved. Bentley stresses that anyone can make a difference with the project, as “each Fundred dollar represents one hundred dollars” that could be raised for Operation Paydirt. 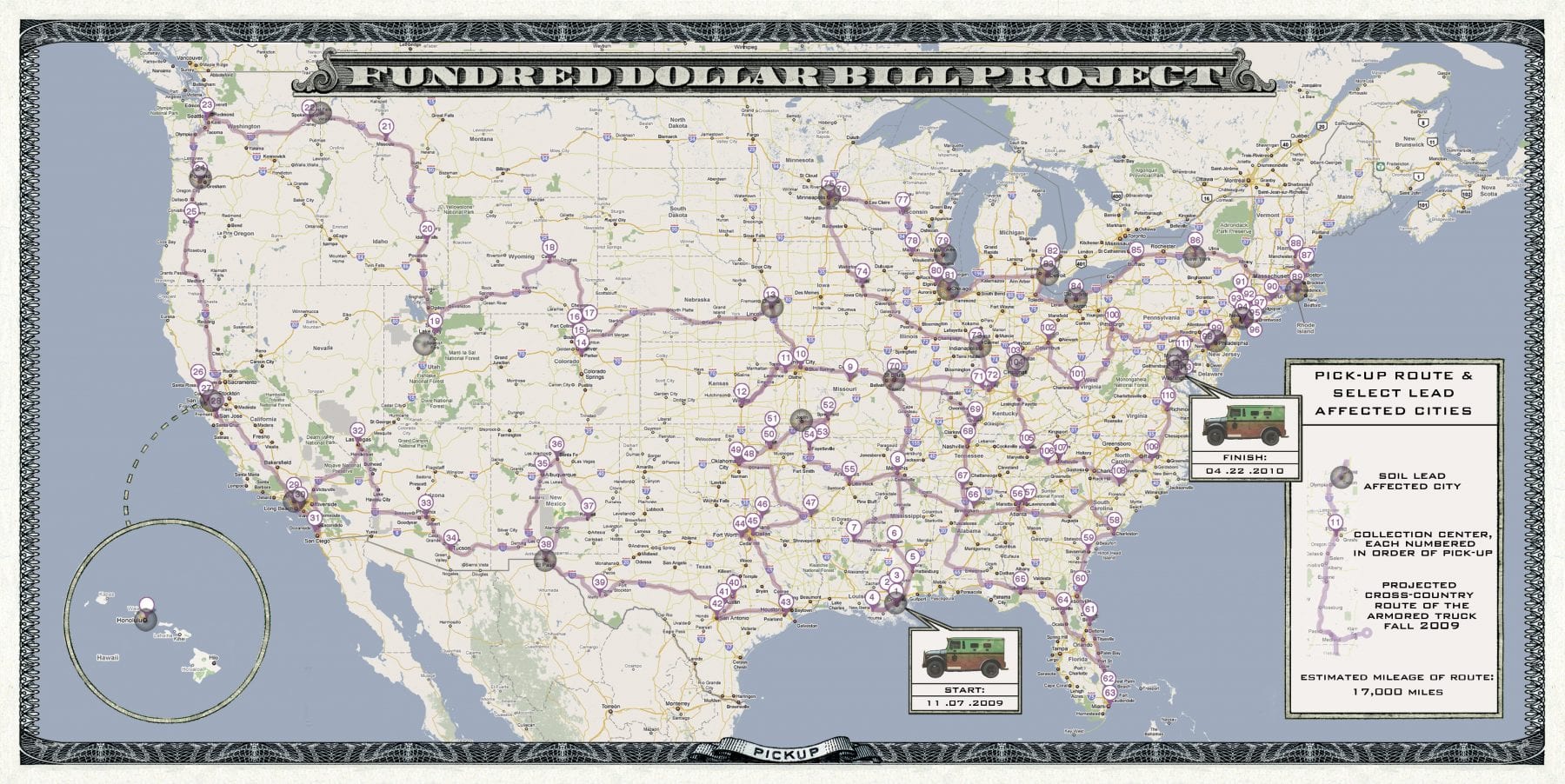 On March 18, Fundred’s armored truck will stop at the Contemporary and at Berkmar to collect the bundled bills. That leaves two months to get involved. For more information on how to do that, contact Bentley at jbentle40@yahoo.com or go to www.fundred.org. Or just grab a friend and head down to the Contemporary. As Horodner says, “We hope to have people here making bills up to the last moment.”