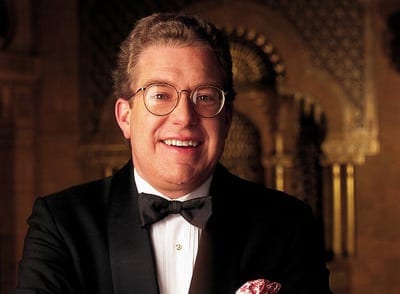 The Atlanta Opera’s tangled history and perpetually unrealized potential continues to baffle outsiders. It continues to baffle people who live in Atlanta, too. Alfred Kennedy, an old-money Atlantan who helped lead the opera until 2004, once described that history to me as “a thicket of messiness.” In the June issue of Opera News, Ian Keown, a travel writer, opera lover and regular visitor to Atlanta, tries once more to explain the history of the company.

The headline reads “Song of the South,” while the underline asks: “Atlanta has grown into an economic powerhouse. Will its operatic ambitions ever catch up?”

Keown’s article speaks of deflated hopes: “Atlanta seems ripe for a first-rate opera company” and “Atlanta has hit the big time, for sure — except when it comes to opera” and “If the city can have an internationally acclaimed orchestra, why is opera still operating below the radar?”

In short, what’s the matter with Atlanta? The company is finally putting on good performances, and improving steadily, although the recession has forced the opera to cut 25 percent of its performances for the 2010-11 season. Keown doesn’t offer prescriptions for the opera’s success but, among other observations, mentions that it has performed in five venues over the past 20 years.

The opera’s former artistic director and conductor, William Fred Scott, led the company in four of those five venues. A protégé of the eccentrically brilliant Sarah Caldwell in Boston, Scott had been an Atlanta Symphony Orchestra assistant conductor when he was tapped by Kennedy, a distant cousin, to lead what was then called the Atlanta Civic Opera. In the mid-1980s it was bankrupt and facing certain death; by know-how and hard work, Scott put the troupe on its feet and attracted a growing audience.

In reviews, starting in 2000, I often hammered Scott hard, partly for inadequate conducting but mostly for the decisions he made as artistic director — the lackluster (or awful) singers, the feeble stage directors, the mind-set that flabby artistic values were good enough. It’s likely that Scott and Kennedy, who were heroic in saving the company in the 1980s, couldn’t keep up with Atlanta’s growth and sophistication. They didn’t cultivate the newer crop of Atlanta’s richest arts patrons — the Arthur Blanks and Bernie Marcuses. And both Kennedy and Scott used to blame Atlantans for not donating more money to the opera, rather than offer better operas so that Atlantans would have more incentive to give. It was an attitude that drove a lot of people in the arts community crazy.

After he and Kennedy abruptly departed the opera — a year shy of celebrating a 20th anniversary — Scott was named artist-in-residence at Brenau University, a small women’s college in North Georgia. (Top photo: Scott in his heyday at the 4,600-seat Fox Theatre, the opera’s third venue.)

Although in recent years he has conducted occasional public concerts in Atlanta, such as a Brahms “German Requiem” at the Cathedral of St. Philip in Buckhead, and served as host on WABE-FM’s Saturday opera show in the summer months, Scott didn’t much re-connect with Atlanta’s wider music scene. A gifted speaker and enthusiastic educator, Scott’s true potential had yet to be realized.

Now comes news that Atlanta’s elite Westminster Schools has hired Scott as its chorus director, leading student choirs from ninth through 12th grades and teaching music theory. He will start in August. Teaching is perhaps the most noble job of all, and one might imagine Scott becoming the favorite teacher of a generation of students.

“Strengthening our music program with a professional of Fred’s caliber is an example of our ‘Teaching for Tomorrow’ campaign, as we attempt to attract and recruit the best teachers,” Westminster Schools president Bill Clarkson said in a statement. “We are thrilled to have a music legend join our faculty and look forward to his contribution to our music program.”