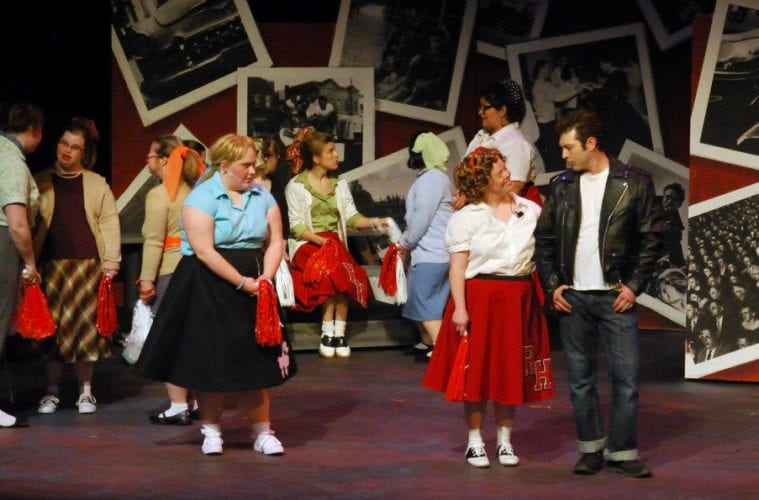 For Mary Nye Bennett, the artistic director of Atlanta Lyric Theatre, directing shows at Jerry’s Habima Theatre is a gig she can’t quit. Operating out of the Marcus Jewish Community Center of Atlanta (MJCCA), Jerry’s Habima Theatre is a theatrical company directed and produced by professionals that features adult actors with special needs. The company opens its 26th season this week with Xanadu, Jr., running March 7–17 at MJCCA’s Morris & Rae Frank Theatre.

In 1984, MJCCA began a group called Very Special People, which comprised young adults living with various social and academic disabilities. Six years later, the Blonder Family Department for Special Needs began — with Kim Goodfriend as the founding artistic director of Habima. Some years later, after the participants had engaged in a cultural fun day, someone suggested they put on a show. They did, staging Tom Stoppard’s 15-Minute Hamlet.

“It was challenging and eventful,” remembers Goodfriend. “Yet it was clear there was a need for it. Everyone likes to express themselves and have the applause and love that comes from a live audience.”

Bennett says that directing at Habima is somewhat different from doing so at other companies because the experience has to be as educational as it is fun. She has to teach the actors about memorizing their lines, explain objectives and work with them one-on-one to convey a strong sense of the story and character. They rehearse for seven weeks before opening — twice as long as most professional actors. “This is all about showcasing what they can do. I took for granted their capabilities, and that first year I was blown away by all they could do and how smart and clever they were.”

Save for one season, Jerry’s Habima — named for the late Jerry Blonder, who with his wife Lois started the Blonder Family Department — produces one musical a year. Bennett, in her fourth year directing, and Goodfriend communicate frequently and read scripts to make sure each year’s production is the best fit to showcase the performers’ talents. They picked Xanadu, Jr. this season because they were looking for something “magical.”

“This is a fun group, with a lot of comedians,” says Bennett. “They love to get laughs. Last year we did Addams Family, and they mastered the comedy.”

Xanadu, Jr. doesn’t differ much from the original stage musical Xanadu, in which a Greek muse comes from the heavens to Venice Beach to inspire an artist to open a roller disco. According to Bennett, who starred in the Actor’s Express version of the musical, it does have a few more supporting characters and opportunities for more performers. The company casts two to three professional performers in each show. Googie Uterhardt is in his third year performing with the company and is involved in Xanadu, Jr. The rest of the cast is pulled from auditions each December, with one major difference.

“We don’t award roles until the first day of the read,” says Goodfriend. “We want to make sure that everyone realizes there are no small parts.”

Many of the Habima actors have been steadily performing since the early ’90s. Michelle Cristal, 48, is one of them. She’s auditioned every year and got what she calls “itty bitty parts.” But this year, she’ll be playing Calliope (Zeus’ evil daughter) and Sisters 9 in Xanadu, Jr.

Cristal has a lot of friends in the cast and has made others over the years. She has also learned to enjoy performing in front of a crowd. “When I first did it, I was a little nervous, but once you do it a while, you don’t feel so nervous,” says Cristal. “I was a shy person, and since I’ve been doing this, I have come out of my shell.”

Goodfriend calls Cristal a classic case of what Habima can do. “She is a perfect example of someone who has evolved,” she says. “You wait long enough, and the blossoms do happen.”

Patrons who see a Habima show for the first time should expect slick production values and an enthusiastic cast. “It will be a roller coaster of emotions,” says Bennett. “The pride is radiant. By the time the company gets to opening night, they are so proud of their work. You’re also going to laugh a lot. They are funny, and they know it.”