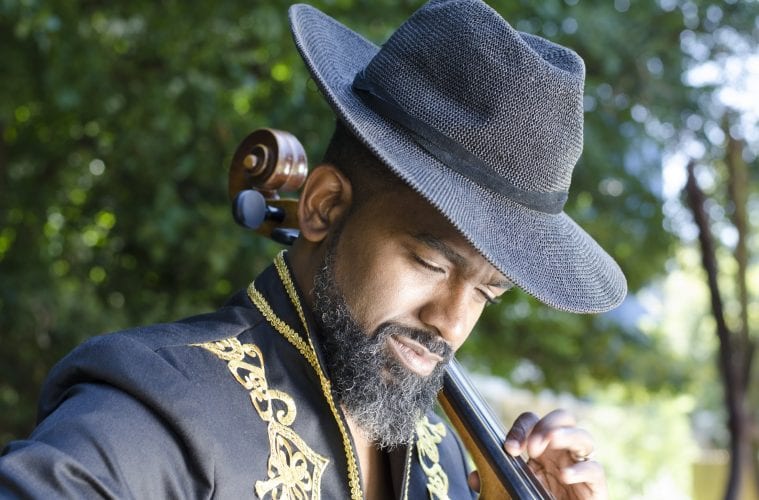 Today, the musician releases his second album, entitled, appropriately enough, Resolve. Recorded over six months, Resolve was produced by OkCello and by Monyea Crawford and Richard Rollie for LoveChild Productions. OKCello will perform tracks from Resolve at Ambient+Studio on October 10 at 7:30 p.m.

ArtsATL has an exclusive first listen to the track “StoryTime” from the new album. “One of the most enjoyable parts of my live show is ‘StoryTime,'” says Johnson. “I have the audience close their eyes while I play a narrative chord progression and ask them to imagine a character, setting or era. I improvise a melodic plot for the scenes that might be unfolding in their minds. At the conclusion of the song, I ask folks to open their eyes and share what they saw. It’s a rich and engaging experience, and the stories are varied and brilliantly creative.”