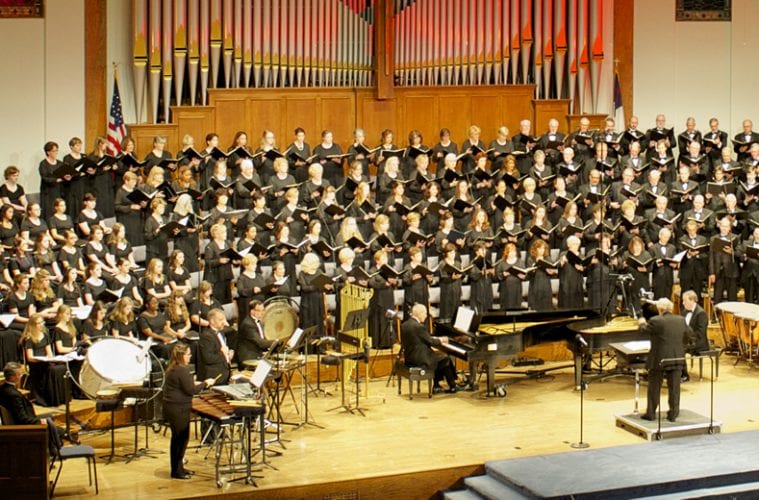 It’s 8:30 on a Monday night, and conductor Michael O’Neal is standing in front of a symphonic chorus of 145 singers at Roswell United Methodist Church. Looking up from his score, he says, “Basses, because I’ve been hard on you this evening, let me say that pages 8 and 9 were particularly lovely just now.” The basses smile. O’Neal is a friendly guy, but he won’t give a compliment unless he means it.

O’Neal founded the Michael O’Neal Singers in 1989, not only contributing to the renowned choral scene in Atlanta, but leading the group to Carnegie Hall, the National Concert Hall in Dublin, Ireland and elsewhere over the years. The group has members of all ages and backgrounds: professional musicians and paralegals, music teachers and mothers, recent college graduates and seasoned choral singers.

It’s an auditioned group that meets weekly and will give seven ticketed performances this year, beginning with a concert to launch its 30th season on October 14 at 3 p.m., I Hear America Singing. The group will sing works by American composers of the likes of Norman Dello Joio, Leonard Bernstein and Aaron Copland.

O’Neal began his own career as a professional tenor and worked closely with Maestro Robert Shaw in the 1980s as a soloist with the Atlanta Symphony Orchestra and as a member of the Robert Shaw Festival Singers traveling and recording. ArtsATL sat down with O’Neal to talk about his approach to conducting the Michael O’Neal Singers and its trajectory since 1989.

ArtsATL: The Michael O’Neal Singers has just begun its 30th season. How did the group come to be, and what were the early days like?

Michael O’Neal: The Michael O’Neal Singers began in 1989 when a small group of dedicated volunteers joined together to form an auditioned community chorus dedicated to the highest standards of choral excellence. It was our goal to enrich the quality of life in our community through performance of choral repertoire that would be interesting and enjoyable for the audience and challenging and rewarding for the singers. Even from the beginning, there were high hopes for our organization, as Derrick Henry, music critic at that time for the Atlanta Journal-Constitution, stated that the arrival of The Michael O’Neal Singers was “one of the most interesting developments in Atlanta’s current cultural scene.” 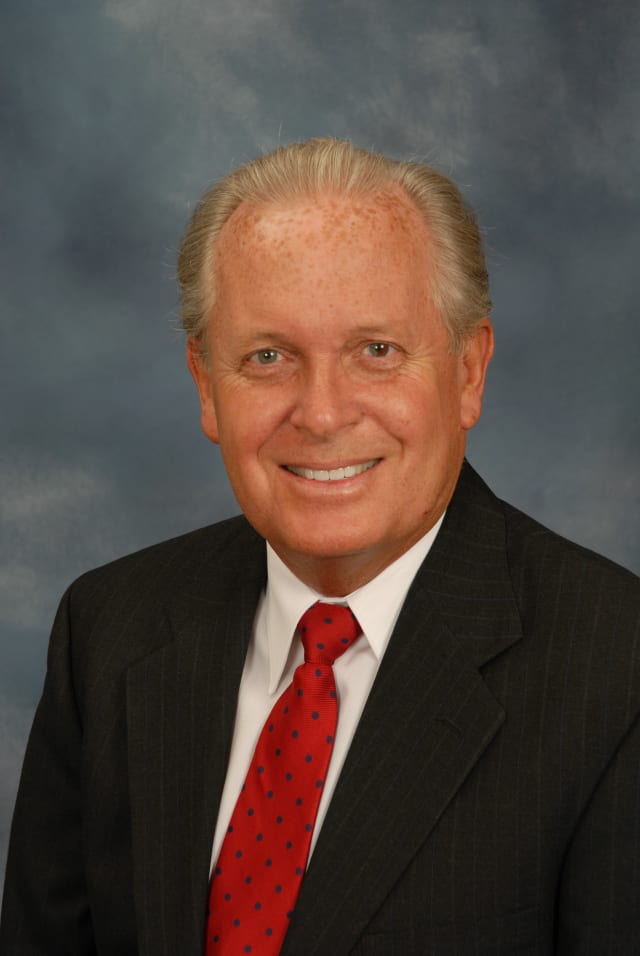 ArtsATL: You worked closely with Maestro Robert Shaw and have said that he may have been the greatest choral conductor of the 20th century. How did Shaw influence you as a conductor?

O’Neal: From 1972 to 1989, I was fortunate to serve as both a chorus member and soloist with Robert Shaw. He is widely recognized as the most influential American choral director of the 20th century, and in my years with him, he taught me many things, not the least of which was the importance of commitment to the art of music. My favorite Robert Shaw quote regarded his career in Atlanta as he explained how he had tried “to make a difference in his yard of space and inch of time.” He was suggesting that we need to be fully involved and dedicated to our work wherever we are while understanding that anything we accomplish is but a part of a much larger whole.

ArtsATL: The Michael O’Neal Singers is comprised of 145 unpaid singers. How do you inspire a group of volunteer singers to return year after year?

O’Neal: At every rehearsal we attempt to achieve something I call the “Five Ls,” which stand for Listen, Labor, Learn, Laugh and Love. At the conclusion of the rehearsal, it is my goal that all participants (including myself) will have experienced each of these five actions to some degree. We listen — to the music and to each other. We labor — working together for a shared purpose brings enormous satisfaction and a sense of accomplishment. We learn — listening and working together will almost always lead to learning something new. We laugh — I believe a rehearsal without laughter is a lost opportunity. And finally, we love — of course, we should certainly make every effort to love the music we are rehearsing, but I think it is also important to love and care for each other.

ArtsATL: As the cultural landscape in Atlanta has evolved over the years, how has the Michael O’Neal Singers changed?

O’Neal: The group has sought from the beginning of its existence to perform a wide variety of choral literature, including choral/orchestral masterworks, folk songs, spirituals, popular standards and commissioned works. In recent years, we have expanded our outreach with such things as our MOS Remembers CD, provided free to anyone in our community suffering from memory loss or other age-related issues; the live-streaming of our concerts, making our performances available for choral music lovers unable to attend in person; and our very popular Summer Singers program and Messiah Sing-Along, both non-auditioned choral experiences open to anyone in the community.

ArtsATL: What repertoire has inspired your programming for this 30th season?

O’Neal: Much of the music we will be performing this season has been performed by us at some point in the past 30 years, but there is also a great deal of music included that has never before been performed by us. It was important to us, as well, to offer a diverse and interesting array of concerts, and we’ve invited some of our favorite guest artists from past seasons to join us, including the Atlanta Symphony Brass Quintet, Georgia Philharmonic and the Tyrone Jackson Jazz Trio. In planning the repertoire for our 30th season, we wanted to celebrate our past but more importantly look toward the future and anticipate how we can continue to enrich lives through choral song for many years to come.