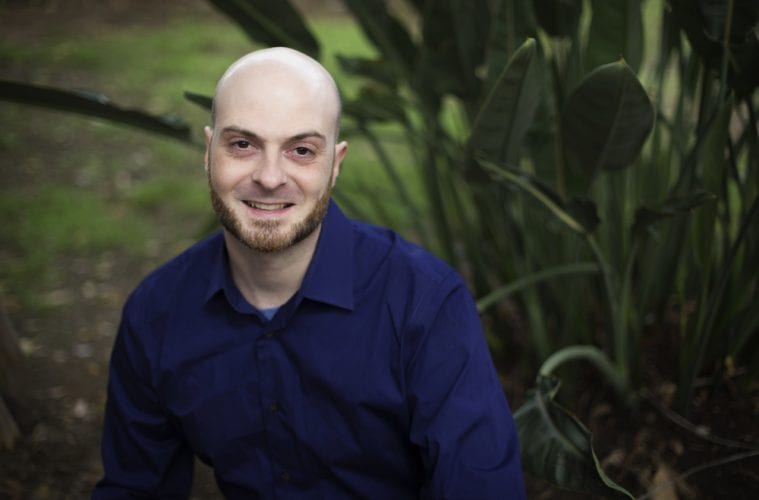 Founding member and artistic director of Chamber Cartel, Caleb Herron, developed a deep interest in Boston-based composer Aaron Jay Myers’ music in 2012. Five years later, Myers was given the honorific designation as the group’s “Composer in Association.” They performed a bevy of his music in concerts that year and recorded seven tracks for …But I’m Doing It Anyway, released digitally on December 20 via Bandcamp, with the physical CD expected to release next week.

“For many years I have been photographing cracks, stains, mold, rust and discoloration on man-made and natural objects. I continue to be humbled and deeply inspired by the raw beauty all around us that is often overlooked or superficially thought of as damaged,” Myers says. “For me, this also translates into the world of sound. Sentient existence can be tumultuous but also beautiful, and it is inevitable that music and the arts reflect the struggle, violence, beauty, love and loss that make up our fleeting lives. I am also intrigued by the occult. Humankind’s obsession with understanding our existence and controlling our surroundings has inspired pantheons of mythological beings, bizarre and macabre folklore, obsessive rituals and countless belief systems.”

Recorded at 800 East Studios, the album involves one dozen musicians, most of whom are known as local Cartel regulars. Produced by Myers, with Thomas Avery as audio engineer, the music’s freshly complex, edgy and organic character serves as a compact compendium on Myers’ artistic outlook.

After taking a hiatus in 2018, Chamber Cartel is currently gearing up for a new series of concerts this year and you can bet Myers’ music will be included in the mix.