Christen Nilan, better known as Speakerfoxxx, was confirmed dead by her manager Xen Lang on December 23. According to friends and family, the cause of death was drug overdose. The 35-year-old Atlanta DJ was known as the “Queen of ATL” due to her notable presence in the local nightlife scene, though she also toured nationally. Nilan is remembered for making waves in the trap scene with her undeniable energy and imitable creative contributions.

On Christmas Eve, Atlanta-based rapper 21 Savage graced the world with the gift of a new record titled i am > i was. Barely a week post release, tracks from the album such as “monster” and “a lot” have more than 17,000,000 hits. This week, 21 maxed out on Billboard’s top 200 chart, beating out the holiday hype of classics like Michael Buble’s Christmas and Mariah Carey’s Merry Christmas. 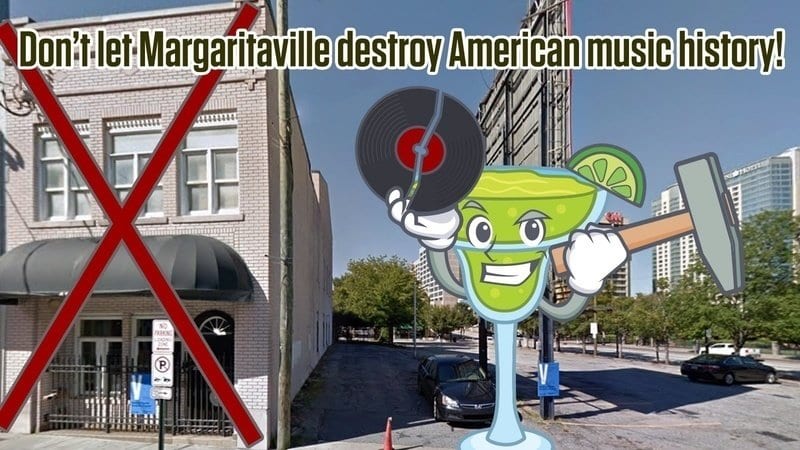 Kyle Kessler’s petition to save what is considered the home of country music has more than 3,500 signatures. (Courtesy of Kyle Kessler)

Just how far are you willing to go for the perfect margarita? Jimmy Buffett’s Margaritaville high-rise resort is working hard to bring tropical paradise to the concrete jungle, near Centennial Olympic Park and Skyview Atlanta. Plans include demolition of 141 Walton Street and 152 Nassau Street, which has a humble history of its own. Located between the park and the Tabernacle, the small brick building at 152 Nassau Street is remembered fondly as the birthplace of country music thanks to Fiddlin’ John Carson, who recorded The Little Old Log Cabin in the Lane for OKeh Records in 1923. This became the genre’s first major hit record and, as many believe, set into motion the country music scene. In retaliation, Kyle Kessler, a licensed architect and preservationist with advocacy group Historic Atlanta, has started a petition to save the beloved building. 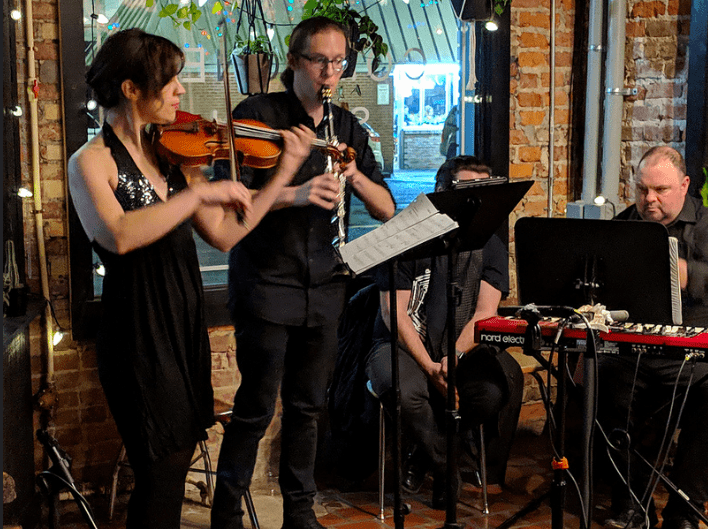 Among all music events leading up to New Years, one stood out above the rest. The Classical Commoner, held December 28 at Little 5 Point’s Commoner Salon, filled the air with sonic sweetness (and hairspray) thanks to programs by Ford Fourqurean and Atlanta composer Stephen Wood with another grand performance by the Atlanta Contemporary Ensemble. Photos available for view here, courtesy of Terry Kearns.

Waller’s Coffee Shop, a forthcoming coffee bar and music venue, is set to serve the good folks of Decatur soon. Owned and operated by Jason Waller (Georgia Mountain String Band), the shop’s goals include providing quality beverages and a platform for local musicians to perform, with a focus on mental health. Waller is hosting one last hoorah this Saturday at noon in an effort to raise money for the shop to open its doors.

Last, but definitely not least, ARTS ATL released its year-in-reviews. Carefully curated by staff and editors alike, the final words of 2018 contain what were dubbed the most noteworthy moments in the classical realm and the greatest local albums of the year.