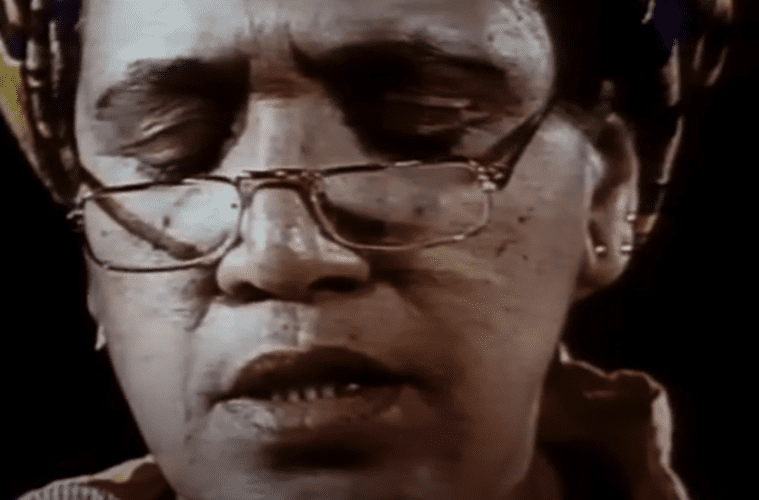 The inaugural Women Sweet on Women: Black Lesbian Film Festival screens this weekend through a partnership between Out on Film and the Atlanta-based National Organization of Black Lesbians on Aging, among others.

The nationwide virtual event, featuring eight screenings and several talkbacks, begins Thursday (February 18) and runs through Sunday on the Eventive streaming platform. Festival passes are $30; Friday, Saturday and Sunday day passes are $15 each. Single-ticket reservations must be made for A Litany for Survival: The Life and Work of Audre Lorde, the opening-night film.

A Litany of Survival (90 minutes, 1995) is one of two documentaries about Lorde screening. Audre Lorde (1934–1992) was an American writer, feminist, womanist, librarian and civil rights activist who self-described as “Black, lesbian, mother, warrior, poet.” The film follows Lorde for five decades, from her roots in Harlem to her fight with breast cancer. Lorde challenged us to “envision what has not been and work with every fiber of who we are to make the reality and pursuit of that vision irresistible.” Suggested screening time is 7 p.m. Thursday. A talkback with directors Michelle Parkerson and Ada Gay Griffin follows at 8:30 p.m.

The Edge of Each Other’s Battles: The Vision of Audre Lorde (60 minutes, 2003). The film is a tribute to Lorde’s legacy of politics and poetry. It documents her social vision and the translation of that vision into a trans-national conference that used her work and celebrated her life. A talkback with director Jennifer Abod follows.

For the Bible Tells Me So (95 minutes, 2007). Director Daniel Karslake looks at the intersection of religion and homosexuality. A talkback with Tonia Poteat and Brenda Poteat, who appear in the film, follows.

Mind/Game: The Unquiet Journey of Chamique Holdsclaw (56 minutes, 2015). Holdsclaw, a University of Tennessee national champion and WNBA Hall of Famer, was taken first in the 1999 draft by the Washington Mystics. She played for 11-plus seasons with the Mystics, the Los Angeles Sparks, the Atlanta Dream and the San Antonio Silver Stars. Director Rick Goldsmith’s film looks at her career and Holdsclaw’s roller-coaster attempts at recovery from near-suicide and uphill battle against the stigma of mental illness. A conversation with Holdsclaw follows.