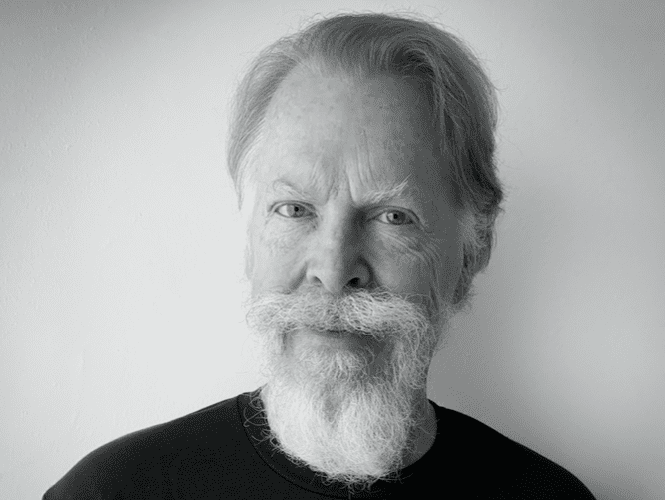 Charles McNair's novel "The Epicureans" began as a work of fiction, with a new chapter each week in the digital magazine The Bitter Southerner, (Courtesy Tune & Fairweather)

BookMarks: Charles McNair on the forbidden appetites of “The Epicureans”

When readers ask Charles McNair what his third novel, The Epicureans (Tune & Fairweather, 384 pages), is about, the writer’s smartass answer is, “It’s about 300 pages.”

Dig a little deeper, though, and he’ll give up the goods.

“Every winter solstice, a group of billionaire gourmands gathers secretly to share a forbidden feast,” says McNair. “One of these epicureans is in charge of the next solstice meal, and he casts his eye upon a struggling Alabama family with two deliciously beautiful children. Does unsuspecting innocence have a chance when confronted by ultimate evil?”

McNair confronted every writer’s ultimate evil — which he describes as a deadline pointed at his head — after consenting to serialize The Epicureans in the middle of The Bitter Southerner’s 2017 membership drive. With just one week to complete each chapter, and no clue of what would happen at the end of the book, he managed to puzzle together a delicious (if decadent) 40-installment read. McNair has written two novels — Pickett’s Charge and Land O’ Goshen. ArtsATL caught up with the Alabama native and longtime Atlantan in Bogotá, Colombia — where he now lives in the high Andes with Adela Castro, his fiancée vallenata.

ArtsATL: What unleashed your curiosity about unchecked greed, the devotion to pleasure and insatiable appetites? What did you learn or conclude after writing The Epicureans?

Charles McNair: It turns out that The Epicureans reads a lot more politically than I imagined it would, or than I intended. The recent right-wing conspiracy theories about political officials with, ah, unusual appetites added some disturbing associations to a story originally meant simply to riff on the zealous passions of those in foodie culture and, of course, the relentless rise of privileged and over-pleasured plutocracy in the U.S. The serendipitous connection to the political undercurrents of the last presidential election surprised me. They also unsettled me. Who could have imagined that the novel would have undercurrents of a presidential election?

ArtsATL: In his blurb for your book, Emory professor Hank Klibanoff  asks,“Where in tarnation does McNair, one of the sweetest, nicest and most bighearted people writing today, find the darkness that gives life to such devious schemes?” Care to elaborate?

McNair: For whatever Freudian reasons, between the ages of 10 and 12, I developed a fascination with movie monsters — the Frankensteins and Wolf Men and mummies, all those. Each of my books so far has this teratism, at some level. It might be a Southern thing, that famous Gothicism that influences us folk from Alabama and the states around us. Every time my family gets together we end up telling ghost stories or even recounting the real-life strangeness of neighbors along the old dirt street where we were raised. There’s excitement in the supernatural, isn’t there? Especially when it helps you escape in some ways from less-than-perfect circumstances.

ArtsATL: Your protagonist, Elmore Rogers, demonstrated a tenderness and sensitivity toward his children that made me realize how rare it is to read about parenthood from a father’s perspective. Why does the father-son/father-daughter relationship interest you as a writer?

McNair: I try so hard, as a parent, and fail so badly, I’m afraid, all too often. It seems to me there are few things more noble, or more difficult, than relegating personal ambitions and wants to the back of the line once a child comes along. I think every parent, not only fathers, has a moment of revelation and decision: “So this is how it will be! It’s about those around me — not me — for the rest of my whole life.” How a father makes peace with caring for others more than for himself is a deep and rich theme for a writer, I think. The inherent conflict in selflessness resonates with other fathers, in my experience. I often wish I felt less selfish as a father. Maybe the goodness of Elmore Rogers in this book creates some kind of ideal that I try to live up to.

ArtsATL: The Epicureans book design and illustrations are bound to delight aesthetes everywhere. Is the indulgence a coincidence or an acknowledgement of the epicurean that beats in every reader’s heart?

McNair: Jason Killingsworth, the founder of Tune & Fairweather, the Ireland-based publishing house for The Epicureans, astonished me with this design. I feel almost like the printed novel has been created as a collectible, a work of art. It’s so intelligently designed, so gorgeous. That comes entirely from Jason and his team, a bunch of Emerald Isle geniuses. I’m honored to say that The Epicureans is the very first work of fiction ever published by the house. The book design springs entirely from the vision The Epicureans brought to the amazing minds at the house. I feel thunderstruck by my good luck.

But I haven’t answered your question, have I? Does an epicurean beat in every reader’s heart? That’s such a great question. I hope every reader will ask it as he or she opens the book and enters the spell of the story.

(Each month, we feature new reading suggestions from those in the literary world, from independent booksellers to authors and librarians.) Reading the anthology, African American Poetry: 250 Years of Struggle and Song, edited by Kevin Young (Library of America, 1,150 pages), is like reading the Bible or other sacred texts. For those who wish to track the arc of history, you will find the first poem “On Imagination” with Phillis Wheatley acclaiming “Who can sing thy force!” Or you may begin near the end with Phillip B. Williams and “Prayer,” where you’ll be enveloped in both a past and present moment. Allowing this volume to open randomly, let’s say to Page 490, almost halfway through, you’ll find Audre Lorde with “Lunar Eclipse,” a poem that evokes joy and grief. Songs, too, ring out from this rich tradition.

If you follow the more linear pathway from the start, you will immediately encounter the eloquent introduction to this weighty volume: “The Difficult Miracle” by poet, scholar and editor Kevin Young, who reveals its eight linked sections spanning 250 years. Whatever you are seeking, in truth, you will find it here — and more. With each succeeding page your spirit will rise, renounce and rebound in the struggle and the song. Poetry calls out to us in our own consequential historical moment. I do so many author interviews that I devour books quickly. Here are two that stopped me in my tracks. Growing up, Justine Cowan‘s mother had the airs of a British aristocrat. After her death, the Atlanta-based attorney discovered the Dickensian-level cruelties she endured in a London Foundling Hospital. Cowan digs into its origins as an institution to groom children for service on battlefields and in elite homes. The Secret Life of Dorothy Soames (Harper, 320 pages) is part illuminating social history and part reckoning with the wreckage of the past.

In October of 1960, the Dr. Martin Luther King Jr. was sentenced to four months of hard labor for an outstanding traffic violation. He may well have been killed in a Georgia prison if not for some discreet political maneuvering. New documents and firsthand accounts in Paul and Stephen Kendrick’s Nine Days (Farrar, Straus and Giroux, 368 pages) connects how those interventions secured Black support for John Kennedy in the closest presidential election of the 20th century. If I had the money, I’d buy the movie rights.

Can’t wait to read pile: Anjali Enjeti’s essays on power and inequity push me to new corners of my mind and heart. I look forward to seeing where The Parted Earth (Hub City Press, 254 pages), her novel about the Partition of India, takes me.

— Virginia Prescott is a GPB reporter and host of the Atlanta History Center’s Virtual Author Talks. Follow these links to hear her conversations with Justine Cowan and Paul and Stephen Kendrick. A Shot in the Moonlight: How a Freed Slave and a Confederate Soldier Fought for Justice in the Jim Crow South (Little, Brown Spark, 304 pages) by Ben Montgomery. I’ve read a number of sobering histories that feature a scene in which an African American is attacked at their home by a White mob, in both the North and South. What makes the story of Kentucky’s George Dinning different is that he later sued his attackers and won damages — in 1899. Montgomery, a Pulitzer finalist and former investigative reporter at the Tampa Bay Times (he broke the story of the Dozier School for Boys that inspired Colson Whitehead’s The Nickel Boys) has unearthed a forgotten tale that is surprising and all too rare. This was a brief, relatively progressive moment in  the South (in border states, at least), he explains, when even a former Confederate could rally to Dinning’s cause as his attorney. Unfortunately, it was quickly overshadowed by the onset of Jim Crow laws and even harsher treatment for African Americans.

Also worth checking out is Jon Fasman’s We See It All: Liberty and Justice in an Age of Surveillance (PublicAffairs, 288 pages). Fasman, who lived in Atlanta a few years back when he was The Economist’s Southern correspondent, looks at how technology is changing the criminal justice system in ways we don’t fully notice. Analyzing everything from drones and automatic license-plate readers to ankle monitors and body cams, Fasman asks tough questions that we as citizens need to ask our elected representatives. The law can’t always catch up with technology, but if we want to avoid living in a dystopia of police overreach, we need to have difficult conversations and impose parameters on police use of tech, now.

— Thomas Mullen has written several novels, including Darktown, an NPR Best Book of the Year; The Last Town on Earth, which won the James Fenimore Cooper Prize for Excellence in Historical Fiction; and Lightning Men, named a Top 10 Crime Novel of 2017 by The New York Times Book Review.