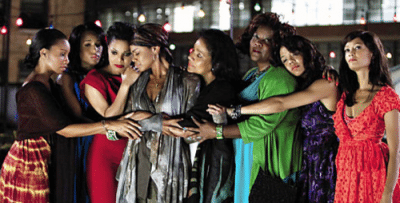 Atlanta movie-and-TV mogul Tyler Perry has set aside his drag alter ego Madea and the affluent Southeastern buppies he likes to write about and now tackles someone else’s work, adapting Ntozake Shange’s 1970s theatrical landmark “For Colored Girls Who Have Considered Suicide/When the Rainbow Is Enuf” into a film. The result is often more drab than colorful, but the hard work of a talented cast sells the material in ways that largely overcome the Lifetime Network-style melodramatics. Not to damn it with faint praise, but this is probably Perry’s best film, forcing him to contend with another writer’s voice and viewpoint. That’s also what makes it a strange beast, a sometimes uneasy mixture of Shange’s urban poetry and Perry’s soap opera plotting.

A hit at New York’s Public Theatre and produced onstage at Atlanta’s Alliance Theatre in its 1979-80 season, Shange’s work is not a traditional play. It’s described as a “choreopoem,” in which seven women — known only by the distinct color of the dress each wears — take the stage to deliver monologues. Monologues about falling in love and lust, about broken hearts and abusive relationships, and the power of sisterhood. Shange’s writing isn’t realistic, but more like jazz poetry riffs that jangle and slink into your ears. In other words, they’re like music. 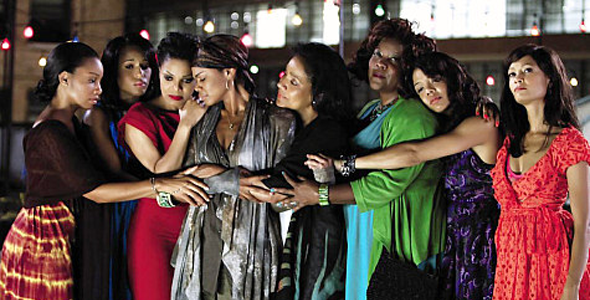 In adapting such a nontraditional work, Perry has made “For Colored Girls” earthbound in ways that work and don’t. He gives each woman (and a couple of new characters) names and occupations, and locates them in and around a New York apartment building, where their lives intersect like cast members in a Pedro Almodóvar movie (though without much of that director’s sass and wit).

After creating this semi-realistic structure not found in Shange’s original, Perry has to find ways to insert the playwright’s poetic riffs into the middle of his kitchen-sink theatrics. In other words, he faces the same problem as a director trying to make a movie musical these days: how do you make it plausible when characters suddenly burst into the equivalent of song? In “For Colored Girls,” sometimes it works, sometimes it doesn’t. 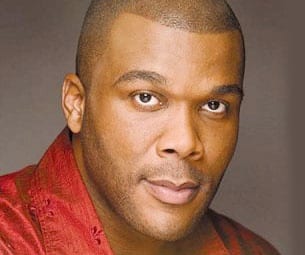 What works least well is the way Perry uses Shange’s writing to recycle the tropes found in his own movies, from “Diary of a Mad Black Woman” to his most recent, “Why Did I Get Married Too?” In essence, again, the story is that women are basically good and the problems in their lives are caused by no-‘count men. By making the characters and situations literal, the movie is less Shange’s hymn to female empowerment than it is a stations-of-the-cross slog through different examples of female victimization. The tribulations include physical abuse, HIV, men on the down-low, date rape, infertility, unwanted pregnancy and abortion. (Macy Gray is wickedly memorable as an anachronistic back-alley abortionist.) At times, “For Colored Girls” feels like a movie sponsored by an urban free clinic.

The emphasis on melodrama results in too many close-ups of the actresses delivering Shange’s monologues — along with lots of tears and occasional snot dripping down their faces. Still, while a sharper, wilder director less hobbled by clichéd soap-operatics might have done something really memorable, Perry is clearly earnest and means to do well by the material. As always, he connects with his core audience — at least based on the loud, enthusiastic response of the mainly female packed theater audience I saw the movie with. And Perry is becoming a better director with each film. For instance, a horrifying tragedy midway through “For Colored Girls” is shot with a new and unnerving expertise.

The large cast is strong, if variable. We know what Madame Tussaud’s could do with Janet Jackson, because she’s overstyled enough to look a waxwork, and she’s unrelentingly grim in one of the film’s weaker roles. Elise, as the woman who suffers the most, is as fine as she always is (though she deserves to be cast in a comedy, for a change of pace). Newton comes on too strong as the heartless sexpot, but she softens nicely toward the end. Rose, Washington and Thompson are all sympathetic. Rashad starts out as a sort of Gladys Kravitz gossip but ultimately delivers a great deal of dignity and heart. Goldberg, alas, seems miscast as a religious fanatic, but Devine — as the loud, raucous, loving Juanita — gives the movie multiple, laugh-filled reality checks.

In the end, “For Colored Girls” is something of a mess — but it’s an ambitious and absorbing mess. It would nice, though, if Perry would someday create male characters who aren’t two-dimensional Ken dolls, thugs or closet cases. Of the movie’s five male roles, only one is a decent man; the others turn out to be a murderer, a womanizer, a rapist or on the down-low. Perry clearly loves his (cinematic) ladies. Should he spread some of that love around to the guys?

Unlike most of his other movies, “For Colored Girls” doesn’t detour into a church for a scene of easy, gospel-scored uplift. That’s a welcome change. Here — and this comes closest to the spirit of Shange’s original work — these women don’t need church. They find holiness in themselves, and in one another.