Review: Shaggy Englishmen and stiff-upper-lipped canines in “My Dog Tulip”

It’s an animated film about a sweet German shepherd, but “My Dog Tulip” is definitely not a children’s movie. Based on gay Brit writer J.R. Ackerley’s memoir about the 15 years his life was enhanced by the titular canine, it’s equally amusing and mournful as it shows two strangers (with six legs between them) who find comfort and bemusement in each other’s presence. 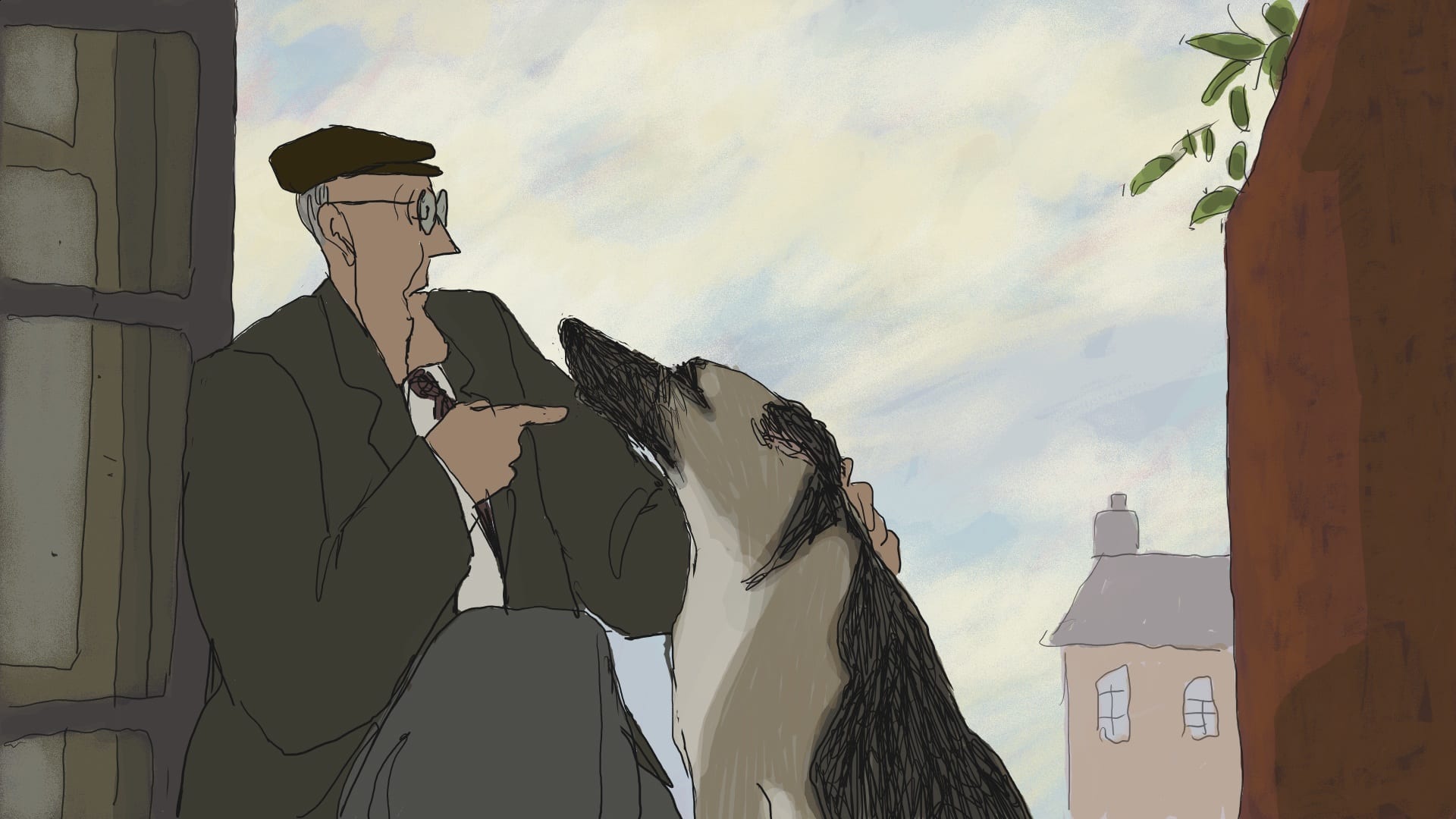 “Unable to love each other, the English naturally turn to dogs” is the Ackerley epigram that kicks off the movie, setting the tonal mix of stiff-upper-lippedness and dog-poo jokes. Animated in a jittery, jazzy style by the married team of Paul and Sandra Fierlinger, the film shows Ackerley, a.k.a. Joe, welcome Tulip into his home as a substitute for the human Ideal Friend he never quite managed to land.

As they get to know each other via walks along the Thames, Joe (voiced by Christopher Plummer) marvels, “It seems to me both touching and strange that she should find the world so wonderful.” Is there a better way to describe the awe-inspiring joy that dogs carry into their daily lives? I say this as the still-newish caretaker of my late sister’s fussy but hilarious Scottish terrier. 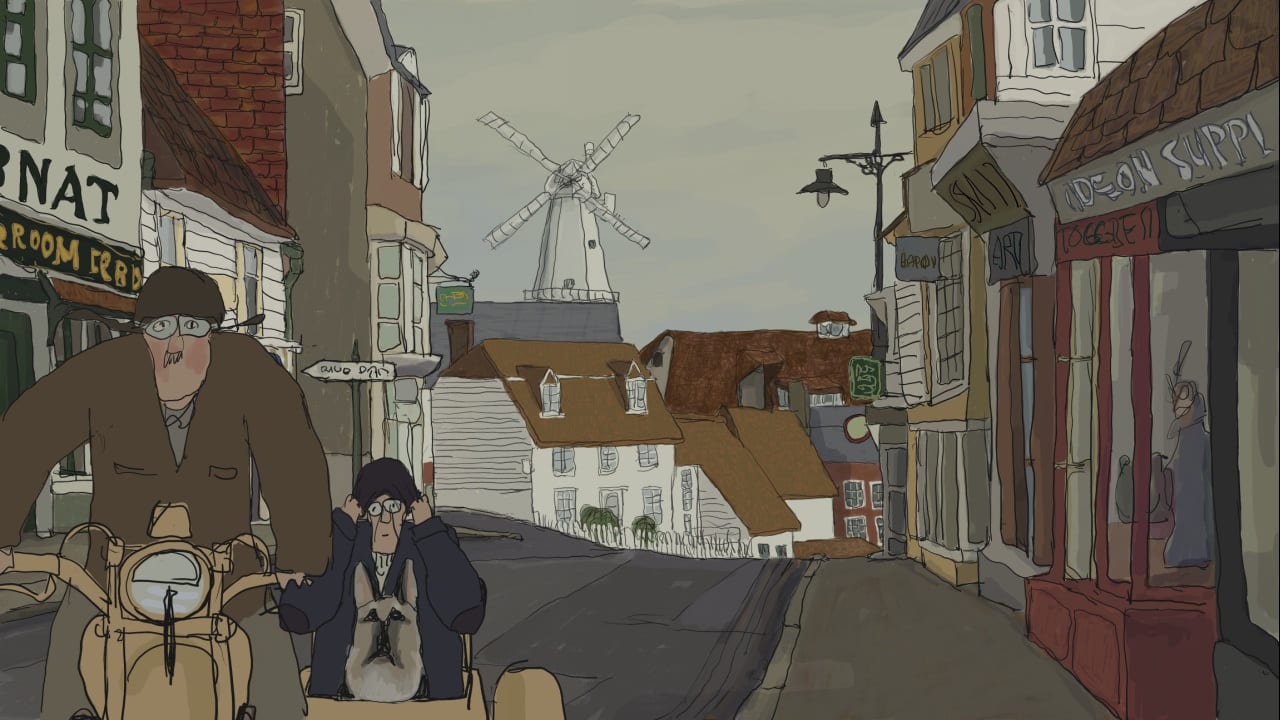 Episodic and as loosely structured as, say, a shaggy-dog story, “My Dog Tulip” delivers tales of little struggles and victories. Such as the year-long cold war between Joe and his spinster sister Nancy (voiced by Lynn Redgrave in her final role) as each tries to secure Tulip’s particular favor. The movie is amusing in its disconnect between Joe’s old-ladyish discomfort in the physical needs of the barking species, and their depiction. “She delivered herself once in front of the greengrocer’s shop,” he says discreetly, while onscreen the animated Tulip dumps a big one on the sidewalk. 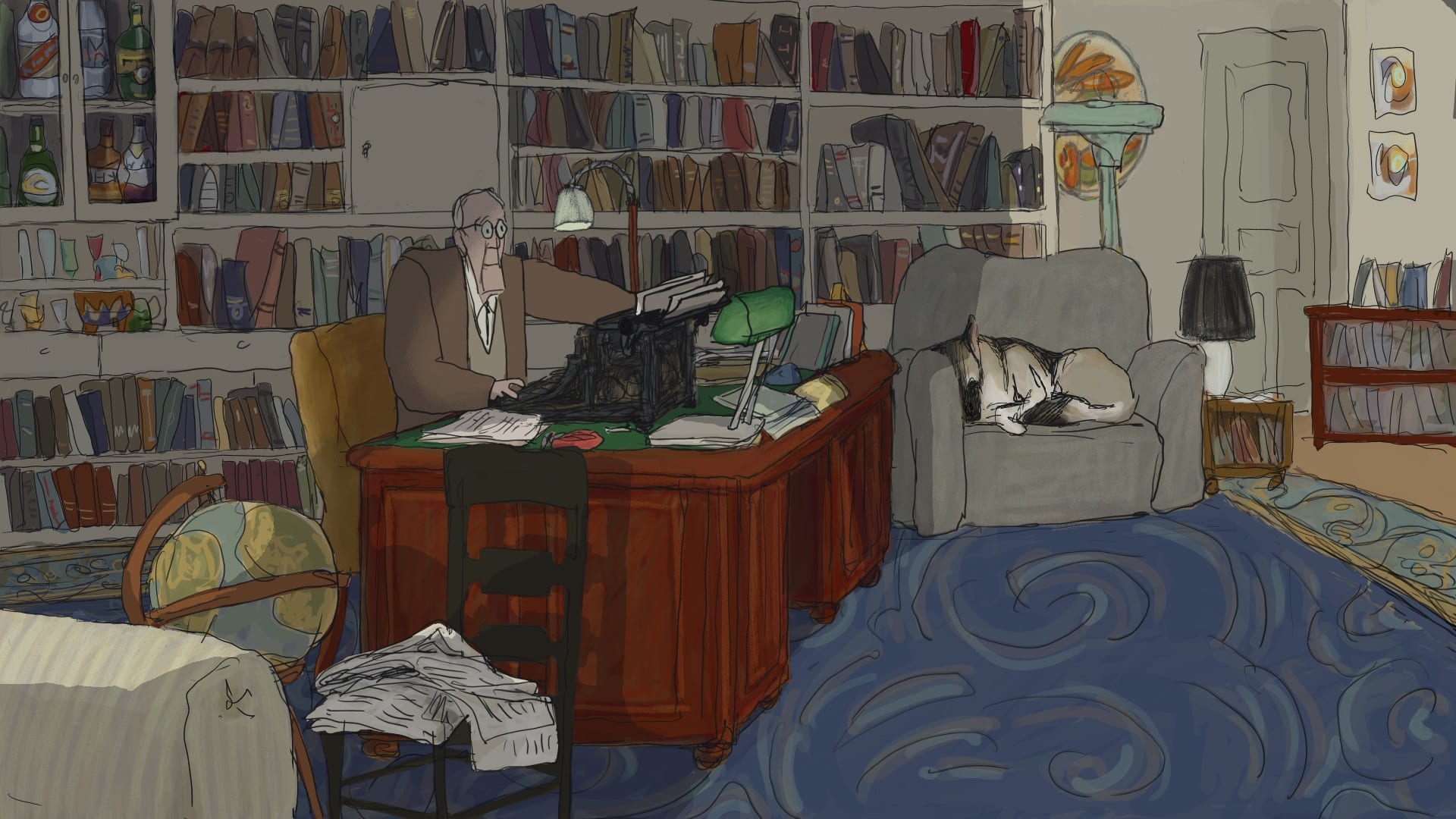 “My Dog Tulip.” With the voices of Christopher Plummer and Lynn Redgrave. Animated and directed by Paul and Sandra Fierlinger. 83 minutes. Unrated. At Atlanta’s Landmark Midtown Art Cinema.