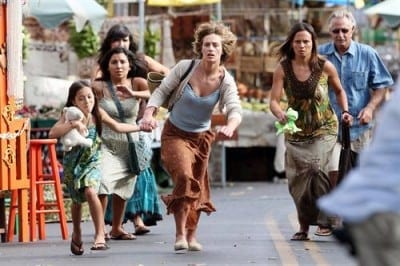 Director Clint Eastwood and screenwriter Peter Morgan both step out of their cinematic comfort zones to stretch new muscles in “Hereafter.” But their film about death, grief and the afterlife comes to the multiplex lacking a pulse itself.

Morgan, best known for his realpolitik scripts (“The Queen,” “Frost/Nixon”), here experiments with the multinational, multi-plot-strand model finessed by the Mexican team of Alejandro González Iñárritu and Guillermo Arriaga (“Amores Perros,” “Babel”). It’s not a good fit for the Brit. And though Eastwood has shown flexibility and range in his movies, while still succeeding best with action and juicy roles for actors, “Hereafter’s” mushy-headed, mournful plot doesn’t play to any of his strengths. 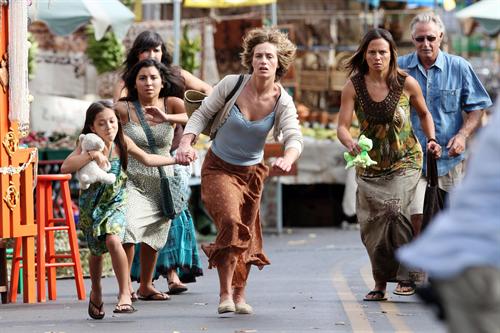 Revolving with grim momentum among its three main locations in Paris, London and San Francisco, “Hereafter” gives us three main characters whose lives are dramatically transformed through death. Cécile De France plays Marie (above), a French star TV reporter whose career gets sidetracked after she undergoes a near-death experience while on vacation. Frankie McLaren is young British boy Marcus, who goes into a tailspin of sadness when he loses the person closest to him. And Matt Damon, in an oppressively glum, anti-“Bourne” performance, is George, a former professional psychic who has renounced his ability to speak to the dead. “A life that’s all about death is no life at all,” he says, which would make a cool bumper sticker but doesn’t convincingly explain George’s withdrawal from the world.

Now, how these three characters ultimately cross one another’s paths by movie’s end should be interesting to watch. But Eastwood’s pacing is so glacial that “Hereafter” seems to last longer than a natural lifetime. True, the movie perks up whenever Bryce Dallas Howard appears on screen, but in a bad way. Playing a needy fellow student at a nighttime cooking class George attends (don’t ask), Howard seems determined to cram as much fluttery, capital-A Acting as possible into her short screen time. 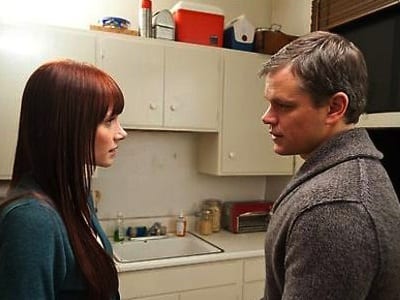 “Hereafter” ultimately has nothing particular to say, except that some people believe in an afterlife, and maybe they’re right, but who really knows? (The movie’s glimpses of the Dearly Departed shuffling about confusedly on a foggy plain is a weirdly unappealing vision of the Beyond.) The movie isn’t horrendous, just half-baked and inexcusably dull. And, ultimately, it can’t escape the sour tang of exploitation, in that it uses both the 2004 Indonesian tsunami and the London subway bombings as easy plot points. If there’s an afterlife for screenplays, the best “Hereafter” can hope for is a long spell in purgatory.