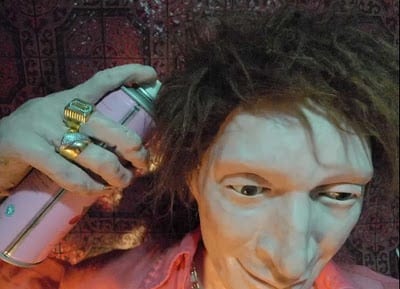 In the news: American art acquisitions at High, Monica Cook animation at Guggenheim

The West Foundation has enriched the High Museum of Art’s holdings in 19th-century American art with a gift of 90 paintings and sculptures valued at upwards of $50 million. 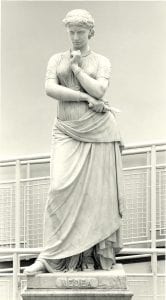 The 41 paintings, including pieces by canonical artists such as a small landscape by Frederic Edwin Church and a Rembrandt Peale portrait, offer a judicious mix of landscapes, portraits, still lifes and genre paintings. Hiram Powers, Edmonia Lewis and Chauncy Bradley Ives are among the sculptors represented in the cache of 45 Neoclassical sculptures.

It is a homecoming of sorts. During the 1970s and ’80s, the museum’s then-director, Gudmund Vigtel, guided the Atlanta-based foundation in building this collection, and many of the pieces have been exhibited as long-term loans. When the museum did a theme-based installation of its permanent collection during Ned Rifkin’s tenure as director, which meant that far less of the West collection would be on view, the foundation took it back and exhibited it elsewhere. A fence-mending effort by director Michael Shapiro and former curator Sylvia Yount, together with the return to a more traditional chronological survey in 2005, brought the foundation back into the fold.

“The sculpture returned to the High in 2005 under Sylvia Yount,” says Stephanie Heydt, its curator of American art. “She installed all but 10 or so in the galleries. The paintings came back in 2006 or 2007, I believe. All but eight were in storage until this week.”

Heydt has placed the new acquisitions in the American galleries without disrupting the current display. She says that a “reconsideration” of the museum’s permanent collection is to take place in the next couple of years. As for now, the galleries certainly feel fuller and richer. Particularly compelling, poignantly so, is the optimism embedded in artists’ depictions of America’s vast pristine landscapes.

John Quidor’s “Wolfert Webber at the Inn,” an unrelated recent acquisition, is startlingly current. Based on a Washington Irving story, it’s a Daumier-like depiction of  landowner Webber celebrating at a pub after scoring big on the sale of his property to a developer.

Meanwhile, “Deuce,” a stop-action animation by Savannah College of Art and Design grad Monica Cook, was among the 25 works, selected from 23,000 entries, for the You Tube Play Biennial at the Guggenheim Museum in New York — with simultaneous presentations at its satellites in Berlin, Bilbao and Venice — this weekend. 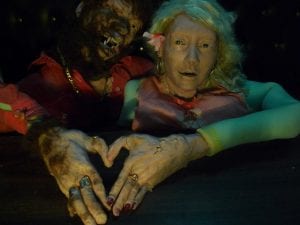 The work, which will be displayed on video monitors through December, is a hilariously grotesque version of dating rituals, in which the male imagines a sexual encounter and the woman imagines a family. In the still above, the man has reverted to his animal self as he thinks about the sex ahead.