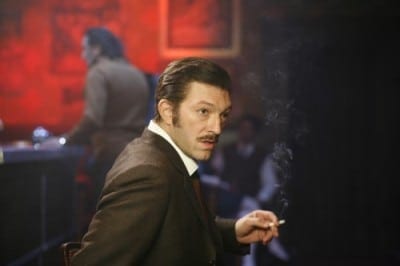 Jacques Mesrine may have been French, but according to a two-feature overview of his life, he would have liked to be named an honorary American — or, rather, a dishonorable one. A gangster who saw himself as a sort of film star, he comes across as a Gallic Clyde, robbing, killing and kidnapping his way across several countries with a succession of Bonnies at his side.

Based in part on Mesrine’s own memoir, the first film of director Jean-François Richet’s diptych is called “Mesrine: Killer Instinct.” It introduces us to the anti-hero (played by French film’s charismatic madman, Vincent Cassel, top photo) on the day of his death, then rewinds. 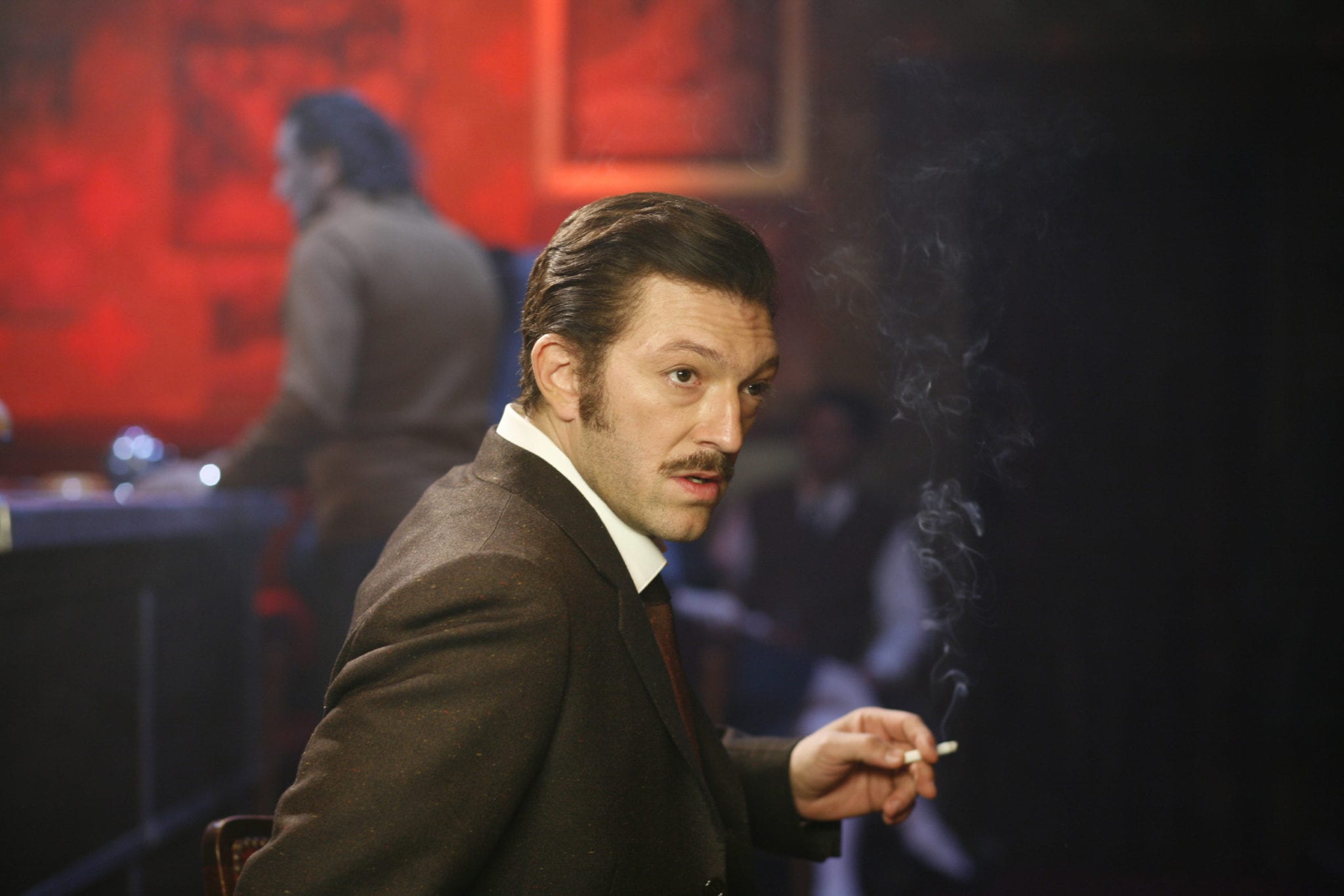 We see Mesrine as a brutal interrogator and torturer during the French-Algerian war in 1959. When he returns home to his loving, middle-class parents in Paris at the turn of the 1960s, he just can’t imagine taking a textiles-industry job set up by his dad. He snarls at his well-meaning papa, “Do balls skip a generation?” Balls, as the movie amply shows, are something Jacques has in abundance. 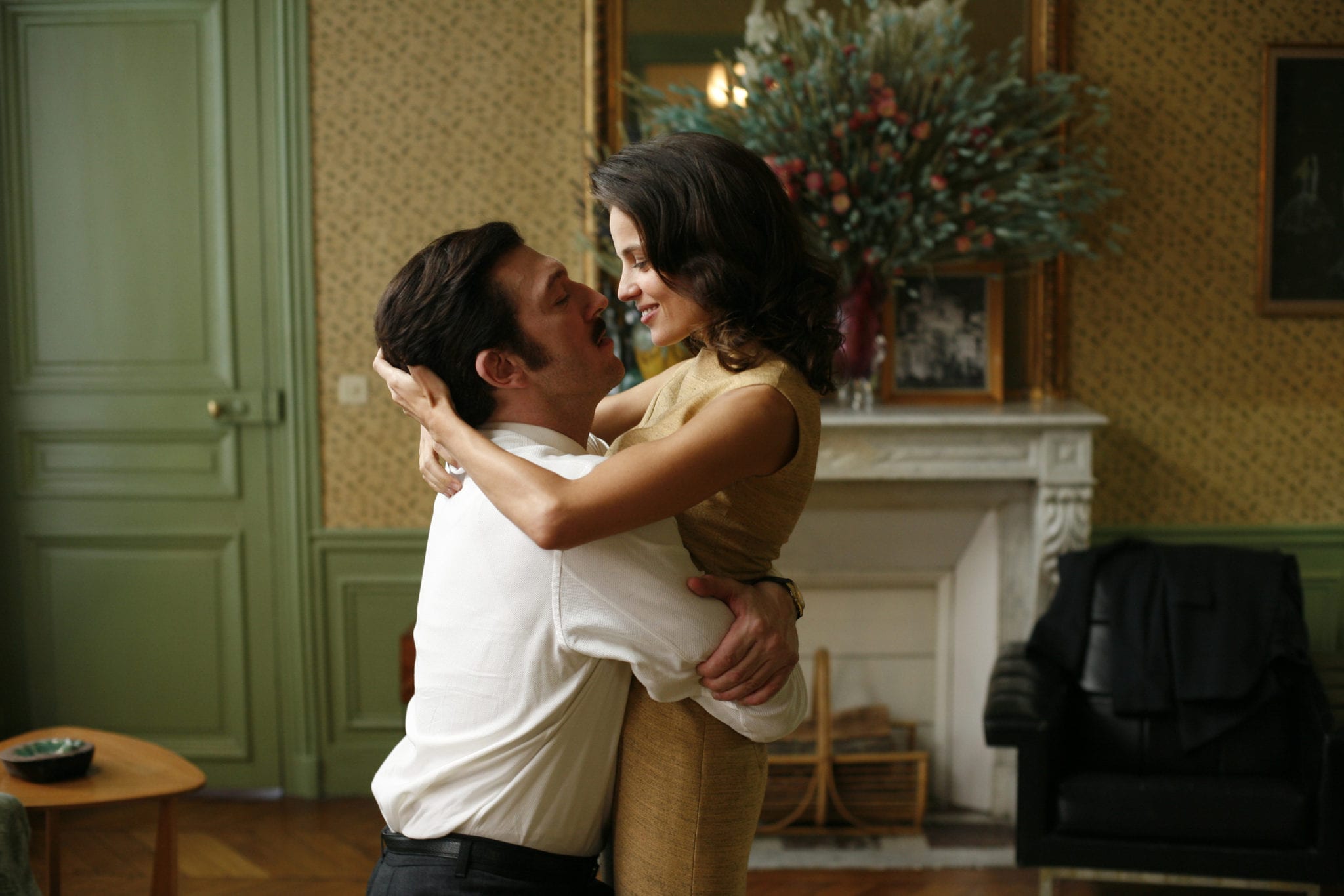 Mesrine falls into a demimonde of hookers, pimps and petty crimes with his pal Paul (Gilles Lellouche), who ultimately introduces him to an underworld boss named — wait for it — Guido. The role is played by Gérard Depardieu with the sort of smoldering, bulldog intensity that makes you think a Gallic remake of “The Sopranos” might be a good idea. Of course, Tony Soprano was known as much for his family life as for his crimes. Jacques Mesrine isn’t so warm and fuzzy. Sure, he tries, briefly, to go straight. But when he’s downsized from a job at a design firm, his crooked old pals show up at his doorstep. When his sweet, Spanish wife tries to intervene, Mesrine wallops her and explains, “Between you and my friends, I will always choose my friends.” 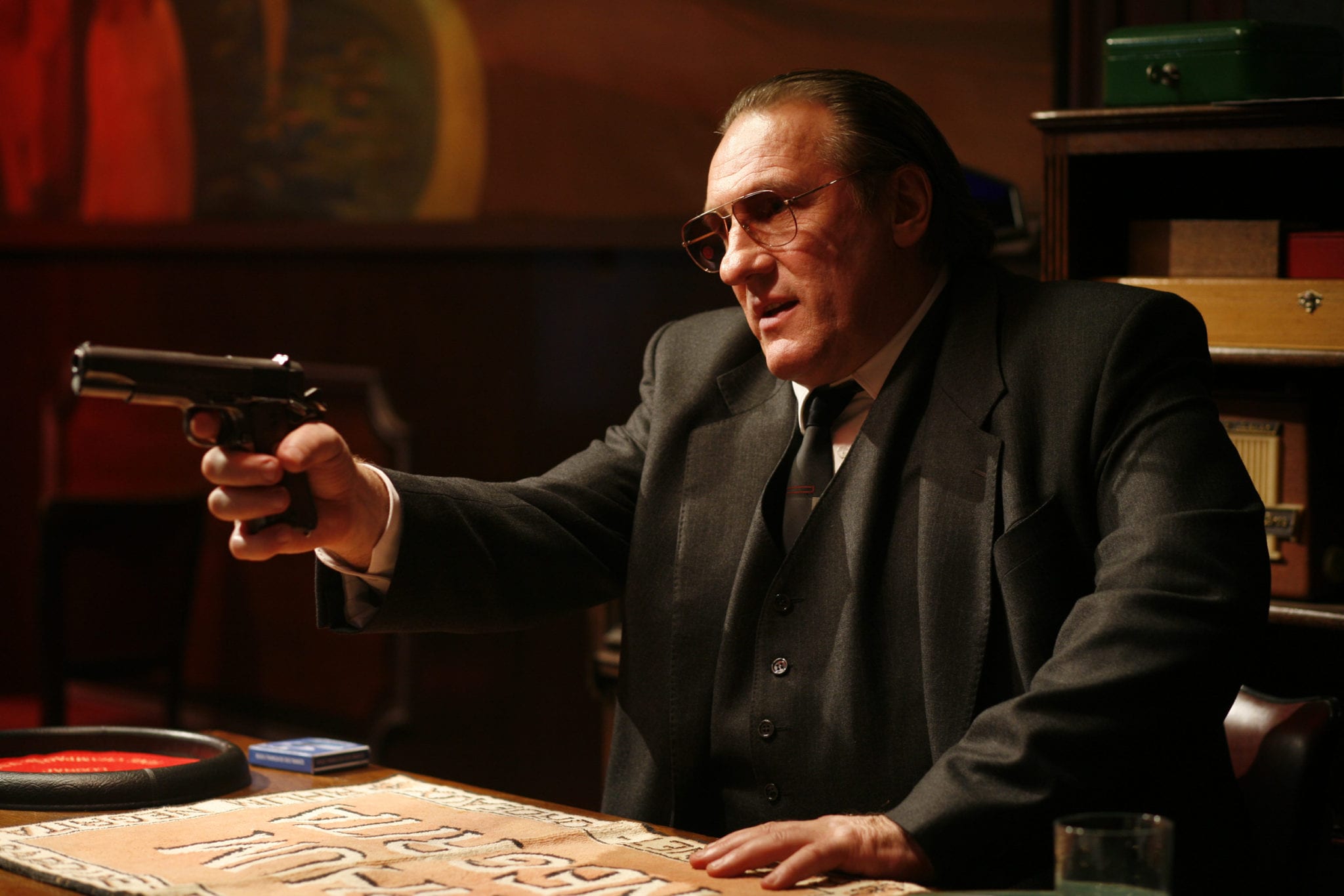 As he graduates up the crime chain, Mesrine’s greatest strength seems to be quick-witted improvisation. When a horrified upper-class couple walk into the middle of a burglary of their home, Mesrine convinces them that he and Paul are policemen who have come to investigate the crime. Oh, and did I mention balls before? Later, during a crime spree in Canada, Mesrine seems to think there’s no point in robbing a bank — if you can’t rob two within the same hour.

In telling its story, “Killer Instinct” doesn’t go for docu-realism. It is shot with glamour and occasionally flashy camera moves. A big prison-escape scene near the end verges on the tone of a 1980s action flick, complete with cop cars exploding in photogenic fireballs. And it’s all very entertaining, carried along by Cassel’s sly, sometimes murderous swagger. Mesrine himself, in his great solitary-confinement cell in the sky, is bound to be smiling. Especially since Cassel is much more handsome than the real-life criminal (though Mesrine would probably think he himself should have gotten to play the role). 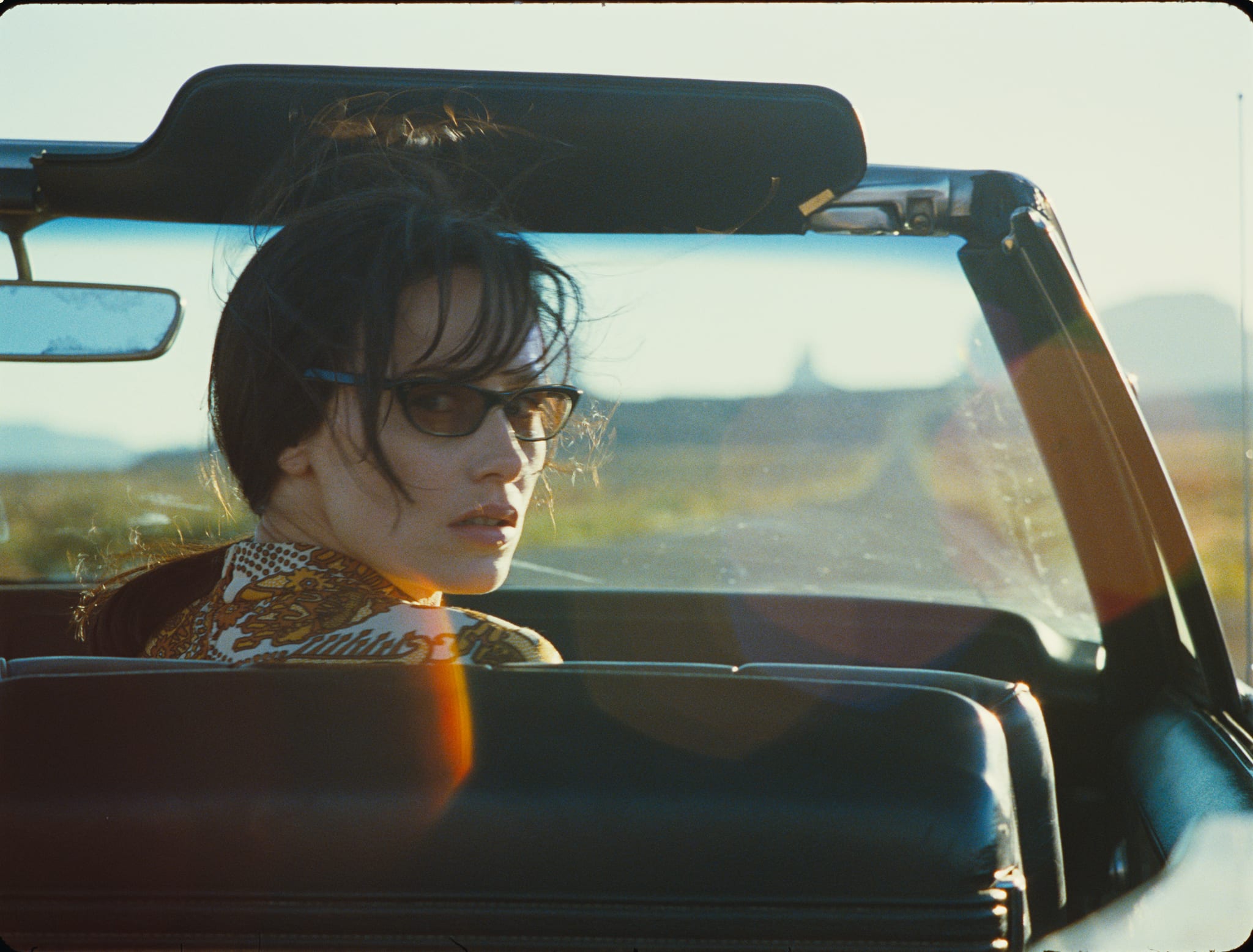 “Killer Instinct” takes us up to 1972, seven years before Mesrine’s death. The second film, “Mesrine: Public Enemy No. 1,” opens in Atlanta on September 3. We already know what happened in real life (thanks, Wikipedia!), but I’m eager to see how it plays out via director Richet and snake-king Cassel.