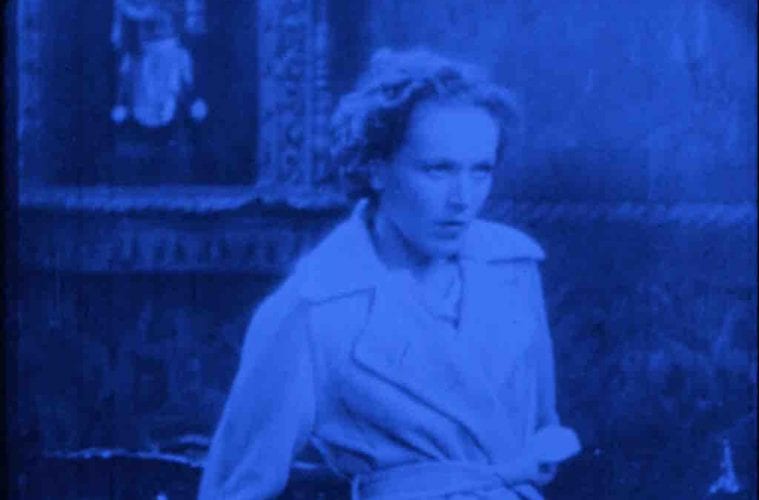 After 16 years of popping up — and delighting, challenging and informing Atlantans — in different venues around the city, Film Love begins its five-month residency at the High Museum on January 17 with the screening of Film Love at the High: The Cinema of Joseph Cornell.

Yes, that Cornell (1903–1972) — the unlikely platonic but loving companion of Yayoi Kusama and fabricator of those surreal shadow boxes made movies, too.

The artist’s experimentations with film coincided, more or less, with his initial work on those boxes in the 1930s. Like the shadow boxes — at least those made in the first of two phases of Cornell’s career — the films invoke a dreamy, non sequitur mood.

“The films are very related to the boxes, because he was basically making collages out of films that he bought in flea markets,” says Film Love founder and curator Andy Ditzler. “Then he would sort of collage them into his own narrative or semi-narrative that create a dreamlike logic.”

Many of the films Cornell picked up for these collages at markets were examples of early trick-photography and magic films, so his repurposing of them makes for an interesting tour of early cinematic history. The most ambitious work from the 1930s is Rose Hobart, featured in the High Museum program. Cornell took the 1931 B-movie East of Borneo and recut it into a 20-minute meditation on the lead actress, shot through a moody blue filter. (The story goes that Salvador Dalí, in New York for an exhibition of surrealist art, saw Rose Hobart and, after the screening, attacked the projector film out of envy.) Rose Hobart was one of Cornell’s most ambitious and successful film projects, the likes of which made even Salvador Dalí jealous. (Photo courtesy of Unseen Cinema: Early American Avant-Garde Experimental Film 1894–1941)

Following a break from the medium, Cornell launched a second, different phase of filmmaking in the 1950s. He hired filmmakers, such as Stan Brakhage and Rudolph Burckhardt, to shoot scenes around the city. Sometimes he accompanied them, sometimes not; sometimes he gave them guidelines, sometimes he didn’t.

“It was kind of a mysterious filmmaking process,” Ditzler says. “They would give him their footage, and he would edit a film out of it.”

What links these later films is a sense of loss and impermanence. “They’re infused with a very beautiful but very melancholy feeling about trying to capture something fleeting — trying to capture the beauty he saw in individuals,” says Ditzler.

When Ditzler first created Film Love in 2003, he focused on uncovering unusual, obscure works of art and cinema that shared a few things in common: people couldn’t just buy them on Amazon or iTunes or stream them on their favorite platforms. Ranging from the start of motion-picture cinema to recent times, they also needed to exemplify approaches to filmmaking and storytelling (if they’re telling stories at all) that are very different from the traditionally structured, three-act narrative films everyone’s been taught to watch by Hollywood studios and television networks.

The Film Love range has included ethnographic films, home movies, queer work and even political films originally made only to be shown among friends. Over nearly two decades, Ditzler has included work by Chantal Akerman, Andy Warhol, Kenneth Anger, Martin Scorsese, George Kuchar, Stan Brakhage and people you’ve never heard of but should.

In conversations with the High about his latest programming, Ditzler says, “I realized I’ve always been focused on making new programs, one after the other. It felt time to do the big-picture thing. What are the threads that can be brought together” from the more than 150 original programs he’s curated in Atlanta in various venues around town?

Each program of the five-month series is one that Film Love has shown before, to strong audience response. Ditzler’s question to himself in deciding what to include in the High retrospective: “How can I construct a version of cinema history in these five programs that each can say something a little different about moviemaking, but they can relate to each other?”

Though he doesn’t have a title for it yet, Ditzler’s next presentation on February 7 will focus on the paradoxical illusions of depth and movement in film — a medium that is essentially two-dimensional and static but tricks us into experiencing it as something else completely.

“It’s playing on a flat screen, but we see depth,” Ditzler explains. “There’s some really cool experimental stuff from the ’70s, and there will be a documentary [on the bill] that questions what is reality and truth.”

You never know what to expect with something programmed by Film Love, but the core mission is in its name: having an opportunity to love films in all their myriad, surprising and surprisingly diverse forms.

Viewers can experience Film Love at the High: The Cinema of Joseph Cornell, at 7 p.m. on Thursday, January 17, at the High Museum’s Hill Auditorium.