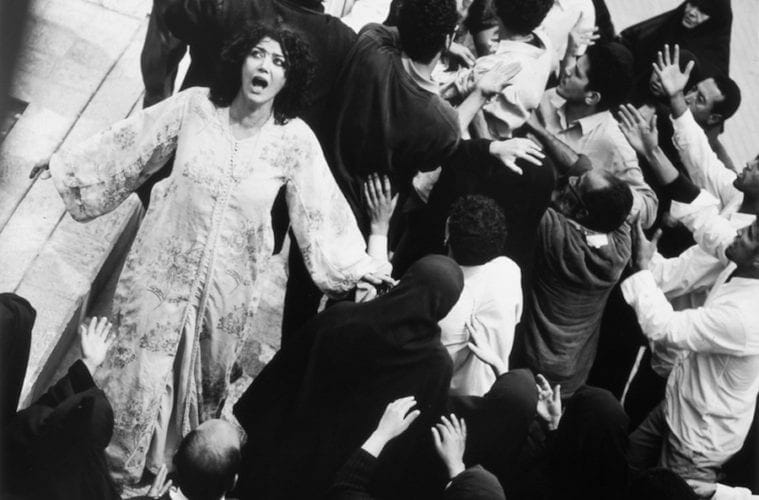 A scene from "Possessed," a 2001 film by Iran-born, New York-based artist Shirin Neshat. She used 16 mm and 35 mm film, which was transferred to digital video. (Courtesy of the museum and the filmmaker)

Neshat’s film, which interrogates the complexities of gender, politics and public space in the Middle East, is described as “haunting and mesmerizing.” Neshat shot the work in Morocco using 16 mm and 35 mm black-and-white film. 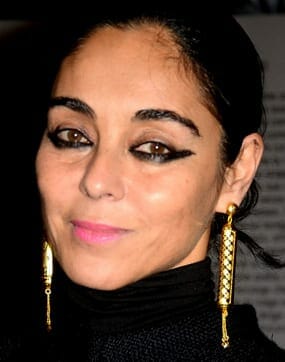 Shirin Neshat says she has a drive “to make sense out of shambles, to distill essence out of chaos.”

It follows a distraught woman as she roams the streets of a walled city without a chador, the traditional Islamic veil. Her increasingly aberrant behavior is ignored until she mounts a platform. Then, a crowd gathers and begins to argue, some condemning her madness, others defending her.

As she quietly slips away, she leaves behind chaos and dissent. Does she symbolize the radical force of a woman who refuses to remain silent, asks Neshat, or the repressive violence of a patriarchal society?

Neshat interweaves close-ups referencing silent movies with long tracking shots and cuts edited in sync with the soundtrack. The film exemplifies what Neshat has characterized as the drive “to make sense out of shambles, to distill essence out of chaos.”

The acquisition was the last available in an edition of six and will grow the High’s collection of time-based media. It will anchor the next rotation on the Skyway Level of the Anne Cox Chambers Wing featuring works exclusively by women, in celebration of the centennial of the U.S. Constitution’s 19th Amendment, giving women the right to vote.

The handmade Barbershop Stand and Shelf, created by an unidentified self-taught artist, is a rare example of Southern vernacular furniture from the mid-20th century, the High says. It consists of a chest of idiosyncratically assembled drawers along with a freestanding shelf, which were used to hold haircutting and shaving implements in a West Virginia barbershop. The stand and shelf are made from reused pieces of old furniture, including chair rods and drawers from other chests. The artist added many bands of notched wood and finished the piece with rich shades of red, light blue, mustard yellow and black paint, giving it an otherworldly, sculptural appearance. 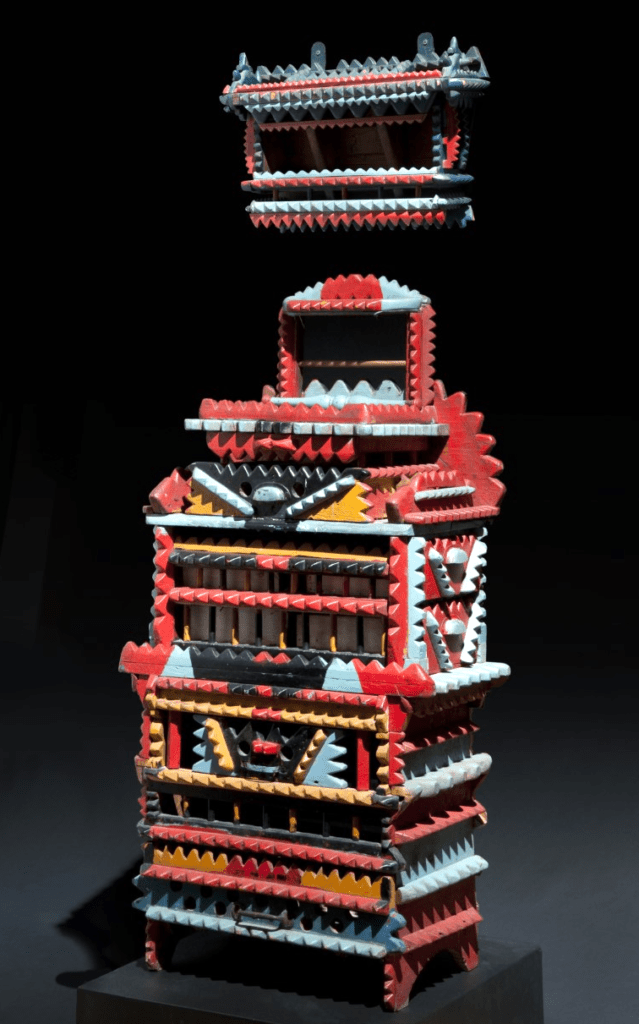 The piece joins work by such African American artists as wood carver Elijah Pierce (1892–1984) and Georgia’s Ulysses Davis (1913–90), who used their barbershops as places for hairstyling, wood sculpting and Christian ministry.

The acquisition decisions were made at the High’s recent Collectors Evening. The event, established in 2010, invites patrons to help choose the next works for the permanent collection. They see curatorial presentations and vote for their favorite pieces. To date, the High says, these evenings have led to the acquisition of 30 works of art.