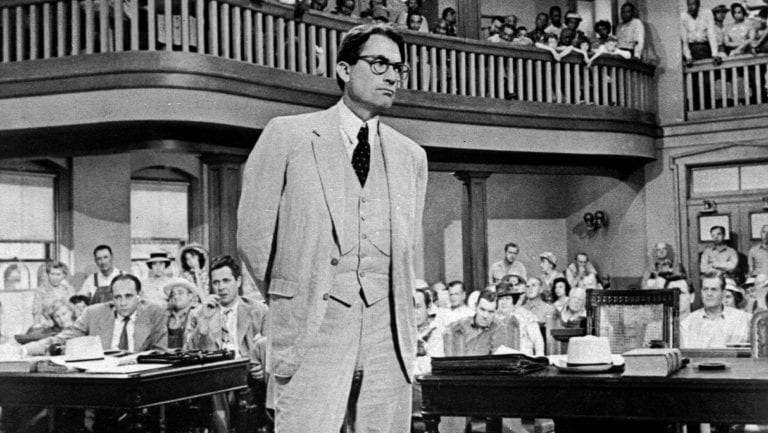 Emory professor digs for the genesis of an American icon, Atticus Finch

We all think we know a man named Atticus Finch: the savior in a seersucker suit, the gentle but resolute moral compass in troubled times, the defender of a wrongly accused black man one hot, dusty summer in a 1930s Alabama small town.

Author and Emory professor Joseph Crespino understands this sentiment well and opens his illuminating new book Atticus Finch: The Biography with the line, “Like the Christ child himself, Atticus Finch was born on Christmas.” Crespino’s work tells the compelling story of Harper Lee’s beloved fictional creation and of her real father, and also of the two manuscripts that show such different, seemingly incompatible sides of each. 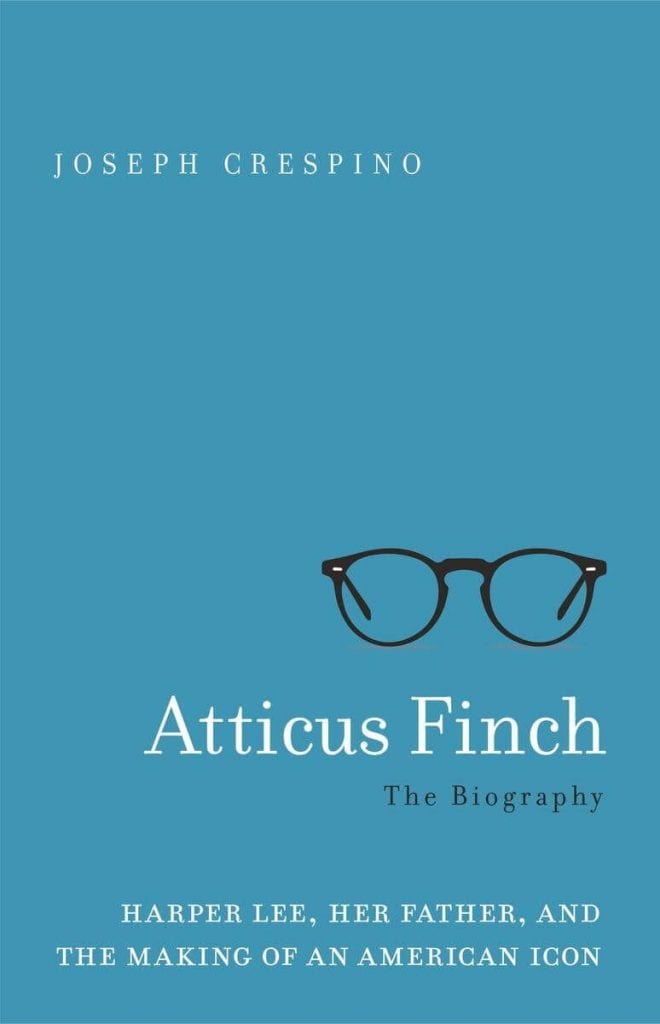 In the first six months of 1957, Harper Lee conceived of two very different novels that drew heavily on memories of her own father, Alabama lawyer and newspaper editor Amasa Coleman (A.C.) Lee. One manuscript found its way to a safety deposit box in Monroeville, Alabama, where it remained all but forgotten for over 50 years. The other became one of the most successful and beloved books in American publishing history. Both, Crespino argues, act as a “Rorschach test for the politics of race in the period that they were published.”

To Kill A Mockingbird, published in 1960, first introduced Atticus Finch to the world. Readers, including Martin Luther King, Jr. himself, revered the character. In his 1964 memoir Why We Can’t Wait, King exalted the example of Atticus Finch. “I am reminded of the popular and widely respected novel and film, To Kill a Mockingbird,” King wrote. “Atticus Finch, a white Southern lawyer, confronts a group of his neighbors who have become a lynch-crazed mob, seeking the life of his Negro client. Finch, armed with nothing more lethal than a lawbook, disperses the mob with the force of his moral courage, aided by his small daughter, who innocently calling the would be lynchers by name, reminds them that they are individual men, not a pack of beasts.”

But Mockingbird and its heroic fictional portrait of Lee’s father were actually written after Lee had written the story of a struggling young New York writer — the adult Scout — who returns home to visit her aging father and finds her small Southern town enmeshed in racial crisis.

In Go Set A Watchman, finally published in 2015, we encounter a shockingly different Atticus, one who is all too slow to do the right thing, to be the man for the times that he was in Mockingbird. In Watchman, Atticus comes off as a racial paternalist and segregationist, one who prides himself on being more “ordered” and moderate than the lawless Klan, who thinks of himself as a Jeffersonian Democrat, one who believes that “full citizenship was a privilege to be earned by each man … [but that] a man couldn’t vote simply because he was a man … he had to be a responsible man.” Watchman’s Atticus was actually the very sort of white moderate that King was decrying in his Letter, “devoted more to ‘order’ than to justice … who paternalistically believes he can set the timetable for another man’s freedom.”

Crespino, the Jimmy Carter professor of history at Emory University, defines the work of a historian as “to follow change over time,” and with his story, he follows Lee’s own changing views. Crespino argues that Lee had initially set out to write a book that would enlighten Northerners contemptuous of men like her father. She wanted to explain the subtleties they didn’t see, and she wanted to explain the South to itself by making its residents see what was happening: with Watchman, she set out to write a novel about love and politics and to understand her own beloved father’s restraint amid the madness of so much racism and oppression in his own home state.

Lee gave her last interview in March of 1964, but Crespino employs a variety of new or previously unexamined sources to track her evolution, including privately held letters written by Lee to friends during the period in which she was writing the books, in addition to letters and documents from the files of Lippincott, Lee’s publisher. Among the most valuable and previously underutilized sources are the editorials that A.C. Lee wrote in the Monroe Journal where he served as editor from 1929 to 1947.

In the 1930s and ’40s, A.C. Lee’s writing portrays a man deeply engaged with the events of the world, both at home and abroad. A once-loyal admirer of Franklin Roosevelt, he spoke out against demagoguery and fascism at home and abroad, but by the time Harper sat down in 1957 to write her novels, the world had changed. The Supreme Court’s decision in Brown v. Board of Education three years earlier had loosed upon A.C.’s world the extremist forces of violence and intimidation that would attract the attention, and ultimately the intervention, of the rest of the country.

As Mockingbird’s Atticus famously advises his young daughter Scout: “You never really understand a person until you consider things from his point of view, until you climb into his skin and walk around in it.” With his well-told, thought-provoking and deeply researched book, Crespino climbs into Harper Lee’s skin and illuminates the mind of a famously reticent writer, as well as the reasons for the artistic and personal choices she made. We come to understand how Mockingbird entered the hearts and minds of readers everywhere while Watchman receded to the dark purgatory of a locked box. He tracks the development and divergence of the fictional character in both novels, and in so doing, examines the troubled times that fueled the metamorphosis of Atticus from a moral man who did the right, unpopular thing into a segregationist whose kindly paternalism covered ugly beliefs about racial difference. Or, rather, he explains why the reverse is true, for the more unappealing portrait of Atticus emerged first in the writing.

Ultimately, Crespino values Watchman as a historical document written in the midst of an era, but notes that as a work of fiction it fails as too didactic. There is very little narrative, and what does unfold comes mainly as a series of debates between the adult Scout and her father, or her uncle, or her contemporary Henry. It’s one reason why her editors preferred the “childhood” stories they knew she had written, the ones that eventually became Mockingbird.

Crespino combines the authority and command of the scholar with the grace of a storyteller, making Atticus a great read. He’s crafted an earnest, lucid and concise history of the time in which the two voices of Atticus were created, and shown why they are so paradoxical.

Author Joe Crespino speaks at the Jimmy Carter Presidential Library on Tuesday, May 8, at 7 p.m.