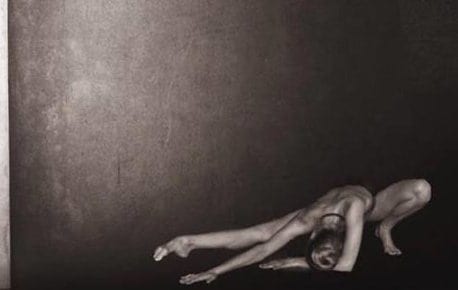 Miss Bennet: Christmas at Pemberley. Through December 24. Theatrical Outfit.
It is a truth universally acknowledged that a theater in search of a full house must be in want of a Christmas play. For her first effort in that realm, Decatur-native playwright Lauren Gunderson — who took an unusual path to becoming the most frequently produced living playwright in the country — collaborated with fellow playwright Margot Melcon to imagine the world of Pride and Prejudice shortly after the action of Jane Austen’s classic novel. Set at Christmastime, the show shifts the focus from Pride’s protagonist Elizabeth, who is now the proud Mrs. Darcy, to a very different Miss Bennet: the comically bookish middle sister Mary.

Craig Drennen: BANDIT. December 2–January 27. Museum of Contemporary Art of Georgia.
Since 2008, Atlanta artist Craig Drennen has riffed on the world of Shakespeare’s Timon of Athens, chosen as a sort of literary reference in reverse: it’s an almost totally unfamiliar work by the world’s most famous playwright. The play is considered all but unstageable in theatrical circles, with few people wanting to produce it, much less watch it. But the strange fable — about a wealthy, generous art patron who becomes increasingly more idiosyncratic, combative and isolated as he’s double-crossed by former friends and allies — may indeed have something to offer those willing to meditate on it for a year or nine. ArtsATL critic Logan Lockner will review the upcoming show, opening December 2. Ronnie Spector (center) and the Ronettes

Ronnie Spector’s Best Christmas Party Ever. December 6. City Winery.
The legendary singer, Rock-and-Roll Hall of Famer and one of the greatest voices in pop-music history comes to Atlanta on Wednesday, December 6, for a Christmas-themed concert at Ponce City Market’s City Winery. When she sings “Be My Baby” — or anything else for that matter — trust us, we’re hers.

Puddles Pity Party. December 21–22. Center Stage.
Most Americans had their first encounter with the sad clown with a golden voice through their television sets or via viral video, but Atlantans have been digging the strange, haunting persona of performance artist Mike Geier for ages. Puddles returns home for his first Atlanta shows after a highly visible run on the reality competition show America’s Got Talent.

Further afield, Prospect: New Orleans brings public art curated by Trevor Schoonmaker to the streets of New Orleans (though the opening of a work by artist Kara Walker has been delayed until closing weekend in February). Art Basel brings what it brings to Miami, December 7–10. And Atlantans headed to Athens this month are in luck: The Georgia Museum of Art offers an exhibition of more than 40 works by Mickalene Thomas alongside her own selection of works by the artists who inspired her.