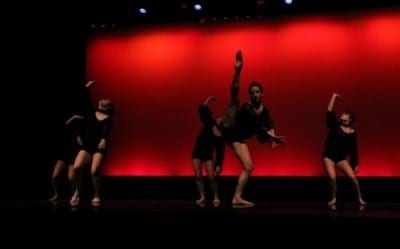 What’s surprising about the Atlanta dance scene is the number of choreographers who produce interesting, engaging contemporary work. On Saturday evening, the Modern Atlanta Dance Festival showcased seven of those voices in its annual concert at the Marcus Jewish Community Center.

It’s been 15 years since festival artistic director and curator Douglas Scott, seeing the demise of the juried Atlanta Dance on the Loose Festival, decided to start the MAD festival. To pay for the concert’s first venue, Scott worked at Agnes Scott College as an adjunct instructor, giving up a semester’s wages to cover the college theater’s rental costs.

Around that time, 1993 to ’95, CORE Performance Company artistic director Sue Schroeder consulted the New York-based ARTS Action Research group in an effort to aid her financially strapped company. That spurred the Atlanta Dance Initiative, which helped 12 to 15 local dance companies define their niches, eliminate competition and foster support among companies. As a result, an open, inclusive network of modern dance groups and individual artists has grown.

Now, many local groups offer performance opportunities to others, like Dance Canvas, Zoetic Dance Exchange, Brooks and Company Dance’s Shorts and others. And next year, the MAD Festival will add a performance at the South Fulton Arts Center. 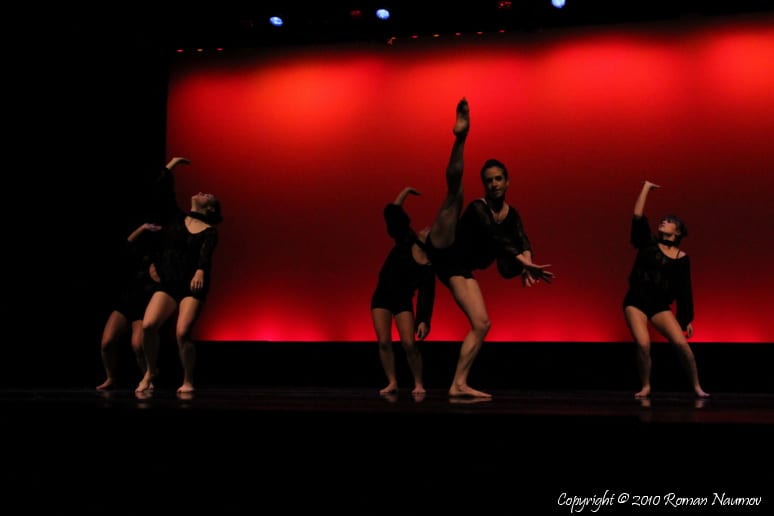 Project 7 Contemporary Dance Company in "Know Me in the Now." Photo by Roman Naumov

Saturday’s concert featured seven works — some of them sections from larger ones — offering a sample of the wide range of contemporary styles developing locally. Opening the show, host company Full Radius Dance cast an eerie glow of macabre beauty with Scott’s “Walking on My Grave.” It’s a piece for six women, costumed by Gladys Saint-LaRue in red to earth tones, with zombie-chic matted hairstyles, to Zoe Keating’s gently bone-rattling minimalist music.

The piece began with a line of five dancers facing away from the audience, backs exposed. A sixth walked slowly, deliberately, timelessly upstage of them. As catalyst, she stepped into the line, and all began to shudder, until she spread her arms and slowly traced her finger down each adjacent dancer’s spine. Light revealed a solid black line drawn chillingly down every spine, and the ensuing duets seemed like rolling, rotating conversations between the living and the dead. Near the piece’s end, one dancer rolled across the floor as a wheelchair nearly backed over her. It was intriguing to see the wheelchair, typically associated with disability, used to create this deliciously unsettling image. 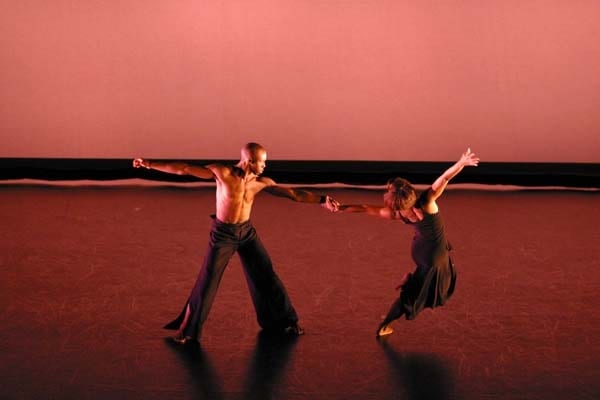 A duo from Daryl Foster's "Lift." Photo by Jon Nalon

Next came Daryl Foster’s “Lift,” inspired by the aerodynamic concept of lift. This septet showed a group of individuals’ struggles to rise above gravity’s pull through the metaphor of airplane flight, as suspending reaches dived into pitch turns, levitated upward and spiraled into the floor like an airplane spinning out of control — executed with weightless speed to Arvo Pärt’s soaring vocal music.

Terry Slade’s Redemption Dance Theater performed one of the evening’s highlights with “The Last Day,” based on a biblical vision of the world’s end. In canons and contrapuntal phrases, three strong, vital women — Jasmine Roberts, Joanna Futral and Erin Smith — rushed forward, reaching upward. They paused, arms lowering across the face in awe at an incredible sight. Dropping forward, they sprang back, shifting into lunges, turns, reaches and pulls in different directions to the urgent flow of Steve Reich’s music, then spinning into high, tight turns as the trio built intensity. In or out of unison, these three professionals moved with a synergy and emotional charge that animated the space around them with spiritual feeling.

Cherrise Wakeham’s “Know Me in the Now” fused her contemporary style with an undercurrent of risk-taking and emotional honesty, set to music by Ani DiFranco and Counting Crows, among others. A single figure in black began, elevated on a black, four-step stile – suggesting someone in transition. Then four figures, evenly spaced in front of her, pulsed through a barrage of angular gestures that seemed to express inner torment and frustration. 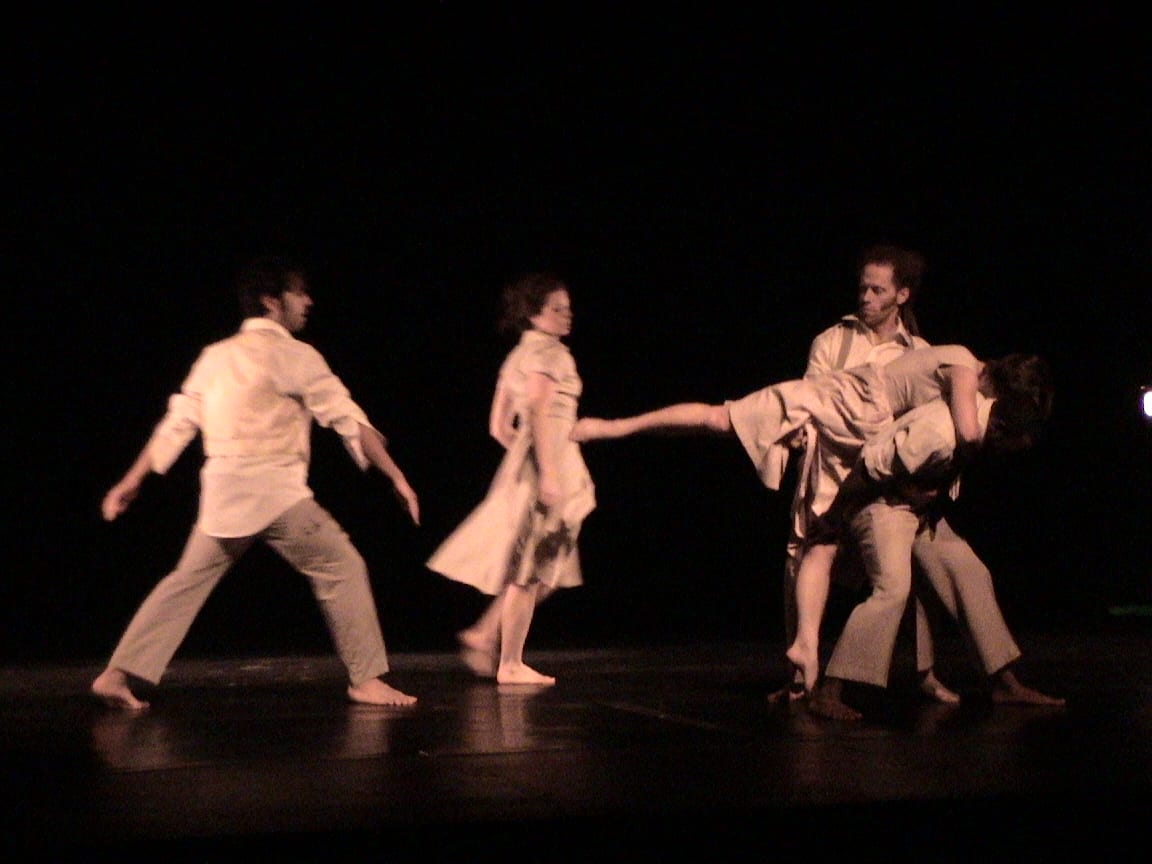 In Sue Schroeder’s “The Point,” CORE Performance Company’s cohesive group of three women and two men were costumed in shades of cream and beige, as if from an early-20th-century photograph. They traveled along curved trajectories into seemingly chance encounters — embraces and lifts onto the shoulders. At one point, the entire group arrived together, then continued in an ongoing flux of changing relationships. 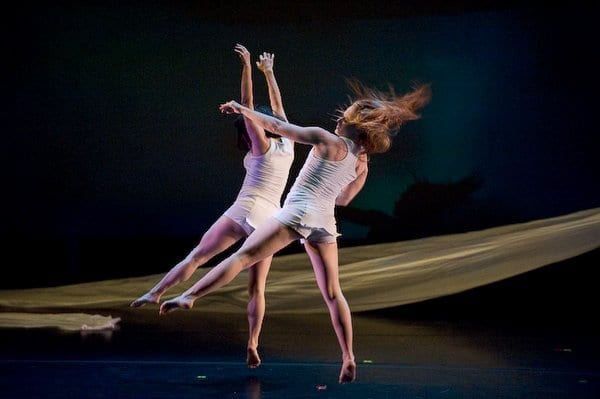 Lastly, Zoetic Dance Ensemble performed Melanie Lynch-Blanchard’s “Click.” Backed by video projections, the quintet seemed to depict a journey through life among a community of women. White-trained costumes and a background of changing images suggested a wedding, a baptism and a small child. In the foreground, dancers grasped hands, pulled and shared weight in patterns that seemed to reflect the constancy of nurturing support. 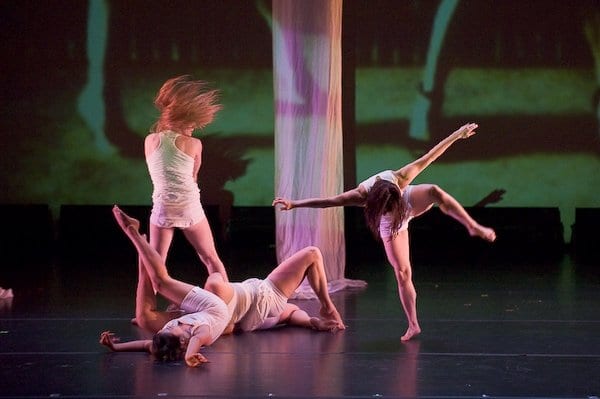 This photo and above: Melanie Lynch-Blanchard's "Click" at the 2010 MAD Festival. Photos by Keiko Guest

This year’s MAD Festival was energized. There’s a sense of optimism, with the vitality of young dancers from colleges pouring into the city. On foundations set by people like Schroeder and Scott, growth is inevitable.