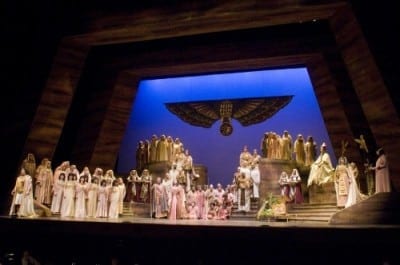 Verdi’s “Aida,” oversized yet dramatically subtle, is always a good show — even when the title soprano cancels two hours before curtain time, even when the rest of the cast sounds under the weather (with one notable exception), and even when the conductor paces the evening erratically.

The Atlanta Opera’s “Aida,” which opened Saturday at the Cobb Energy Performing Arts Centre and will run through March 7, is all that and more. And there’s an unusual amount of backstory to this production. 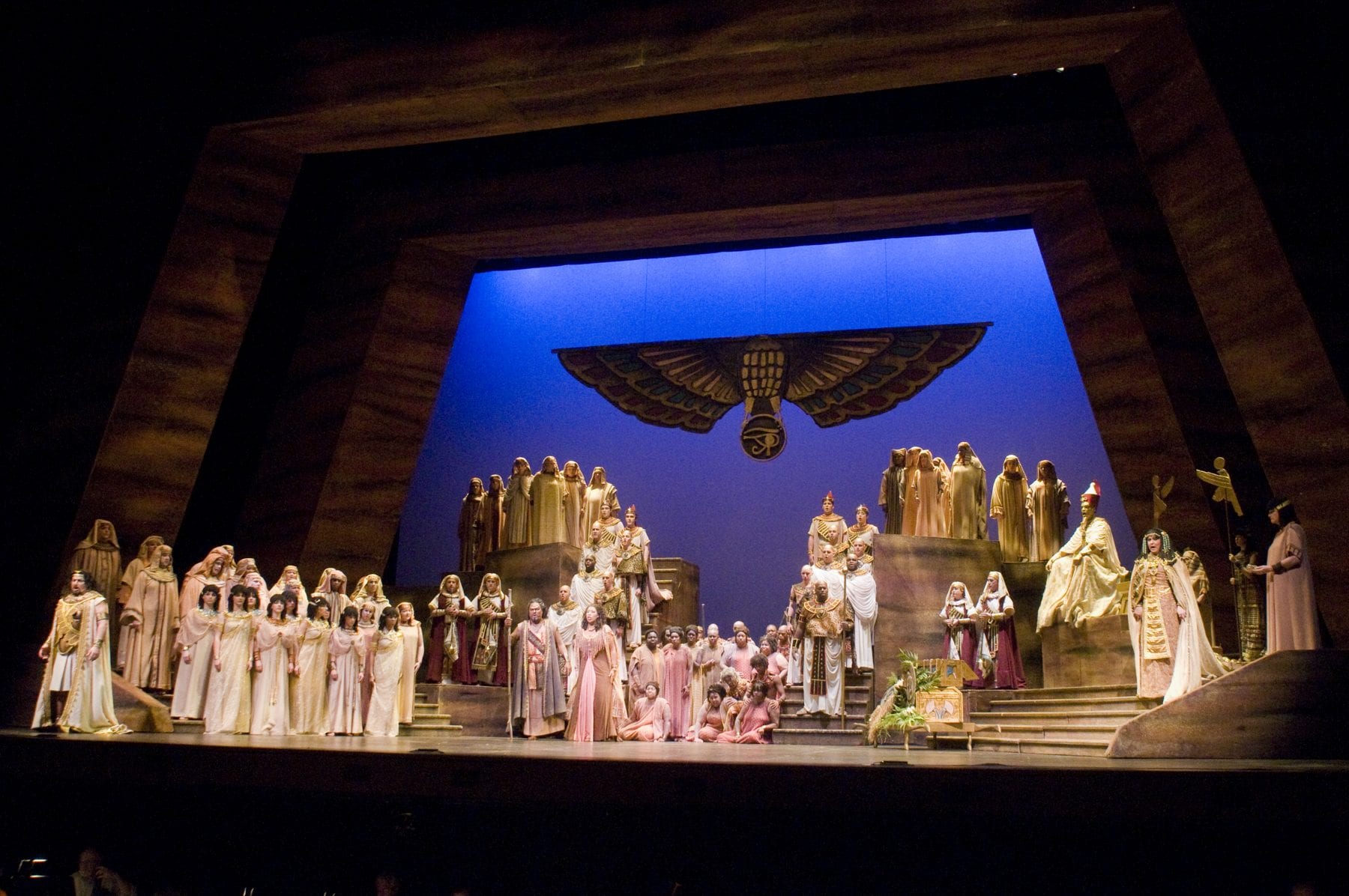 Set in ancient Egypt, this epic of a doomed love triangle, with the fate of nations hanging in the balance, is the grandest of operas. For better or usually worse, few companies today can resist a Cecil B. DeMille-style extravaganza. With opening-night cancellations, however, no one knew what might happen; everyone on stage and in the sold-out audience was on high alert.

Soprano Mary Elizabeth Williams had been scheduled to sing the first Aida of her career. At her Atlanta Opera debut, in 2005 as Serena in “Porgy and Bess,” Williams had the most powerfully gorgeous voice in the cast. At 33, she’s carefully building a substantial reputation, singing Puccini and Verdi heroines around the country to very positive reviews.

When I interviewed Williams on Thursday afternoon, a few hours before the dress rehearsal, she told me, “Yesterday I woke up with a cold. When I was 27 that would have spun me into orbit. But now I know I’m prepared for the vocal demands and dramatic heft of Aida. I know I can sing it, so I can deal with a cold.” 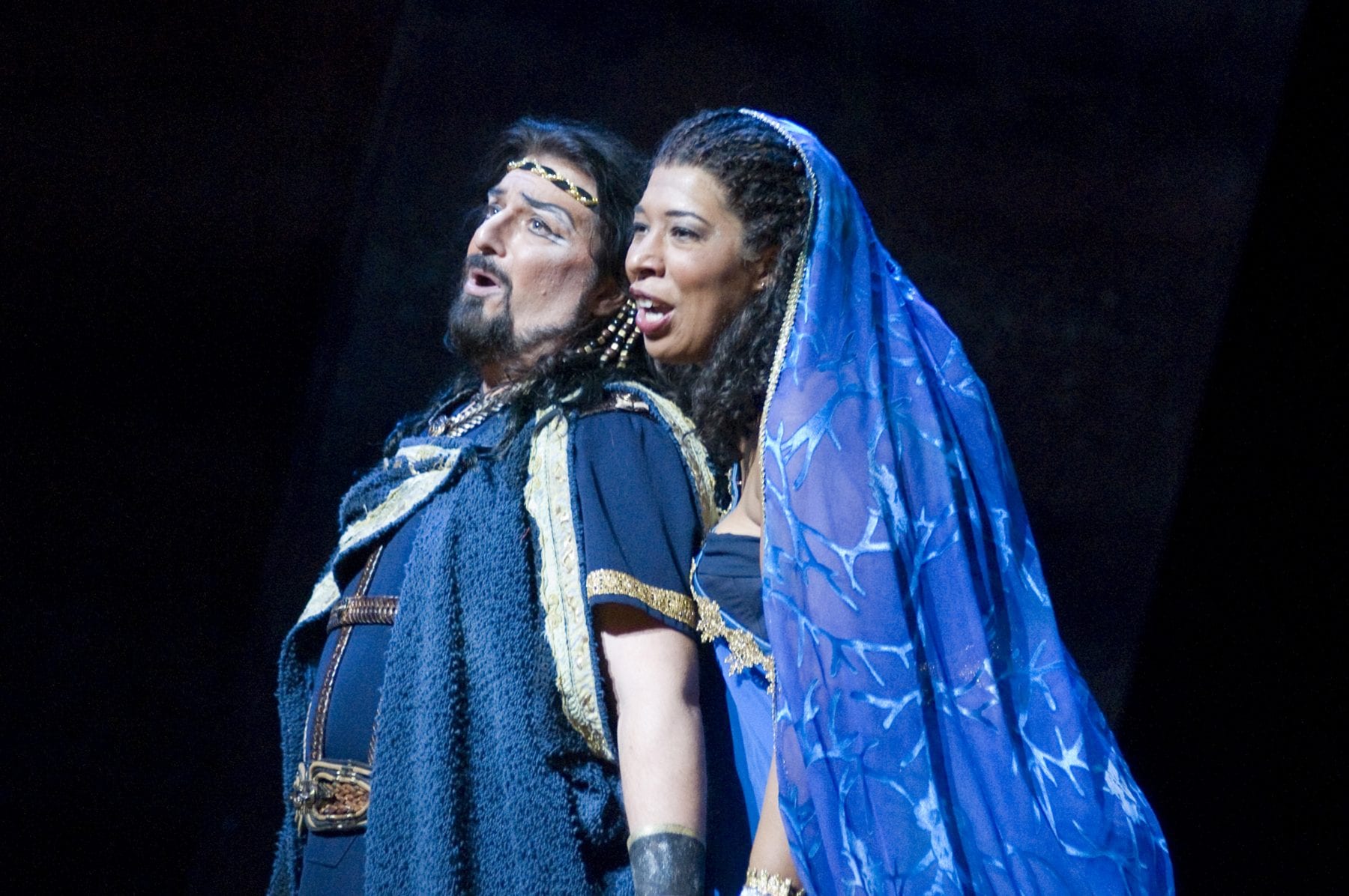 But that cold was soon diagnosed as a sinus infection. With no understudy on hand, the opera flew in soprano Indra Thomas from New York. An Atlanta native, she performed “Aida” with the Atlanta Opera for its inaugural show at the Civic Center in 2003 and has since sung the role widely. Thomas walked through the staging and had a quick rehearsal with conductor Yoel Levi — just in case.

Then, at 6 p.m. Saturday, the opera’s general director, Dennis Hanthorn, made the call: Williams was out, Thomas in.

In performance, Thomas is a deeply sympathetic heroine. She radiates charisma, nobility and vulnerability all at once, and her voice is large and, at times, beautifully piercing. Yet Saturday her instrument sounded in tatters. Top notes were more or less solid, but she’s lost a naturally flowing middle range. To compensate, she seemed to push her chesty low voice upward, which led to many scooping and barking sounds. In the opera’s most intoxicating aria, “O patria mia,” accompanied by sweet-toned oboist Dane Philipsen — where our heroine longs for her homeland — Thomas backed off notes before they cracked, which distorted her every phrase. 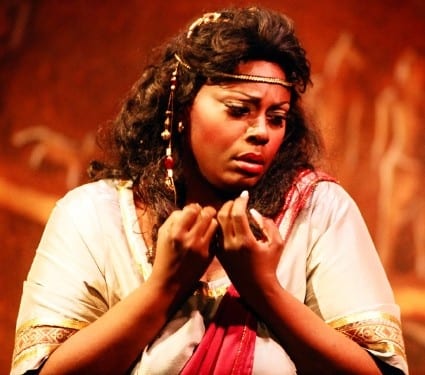 Still, Thomas was affecting for her quieter, lyrical monologues, such as “Ritorna vincitor” in Act 1. By opera’s end — sealed in a tomb for eternity with her lover, Radamès — her star power and basic talents were utterly convincing. Is this a gifted soprano who has sung too many heavy roles too soon? Can she retool the voice and sing to her amazing potential?

And who will sing the title role in the remaining three performances? Thomas was free Saturday but has other dates beginning Monday. Mary Elizabeth Williams’ Aida debut is thus scheduled for the next performance, Tuesday. (You can bet Hanthorn is on the phone right now, scrambling to find a third Aida — just in case.)

Italian tenor Antonello Palombi, as the Egyptian warrior Radamès, is the most famous operatic stand-in from recent memory. You can catch the story on YouTube: At Milan’s fabled La Scala, where opera is a blood sport, celebrity tenor Roberto Alagna was booed after his opening aria, “Celeste Aida.” Alagna raised an angry fist as he stormed off stage. The music never stopped, and his understudy, Palombi, in street clothes, picked up where the star left off.

Palombi received wild cheers at the end, and he joined Leonard Bernstein and Andre Watts, among many, as replacements who scored big when the pressure was on. Despite this worldwide burst of attention, however, Palombi’s career hasn’t much taken off. He remains a middle-tier tenor. 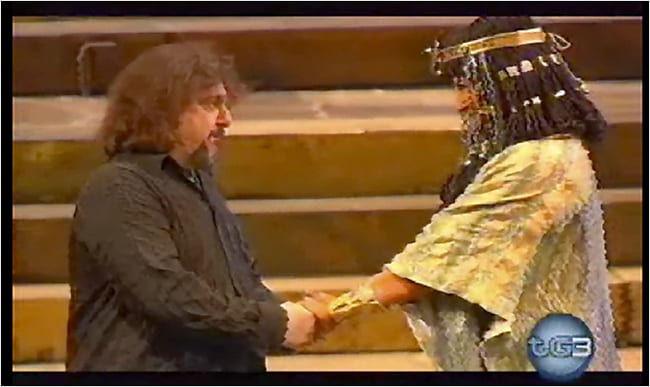 In Atlanta, the reasons were apparent. His voice is large and lovely, especially for Radamès’ many heroic, open-hydrant declarations of love. But his diction is sloppy — I couldn’t catch a single word of his Italian — and he seemed unable to sing any consonants. The result was a stream of undifferentiated tones, and you never had the sense that he was in control of his instrument.

With the romantic leads stumbling, mezzo Elizabeth Bishop, as Amneris, easily became the opera’s dominant voice. The clarity of her diction, the focus of her tone and her elegant sense of line made her Verdi interpretation a little closer to Rossini’s lean bel canto than Puccini’s succulent verissimo. I like my Verdi that way. Bishop’s anguish during Radamès’ judgment scene, in the final act, was a highlight of the evening, vocally and dramatically.

Baritone Mark Delavan sang an authoritative Flying Dutchman in Atlanta last season. He returned as Amonasro, Aida’s father and the King of Ethiopia, though he, too, seemed troubled in the throat Saturday night, as if he had a cold.

Bass Morris Robinson, as Ramfis, gulped his syllables — and yet, in sound and presence, made an extremely imposing high priest. Robinson lives in Atlanta; for his curtain call he jumped out with a charming little hip-hop move, pointing at his hometown crowd, blowing kisses, returning the audience’s affection. 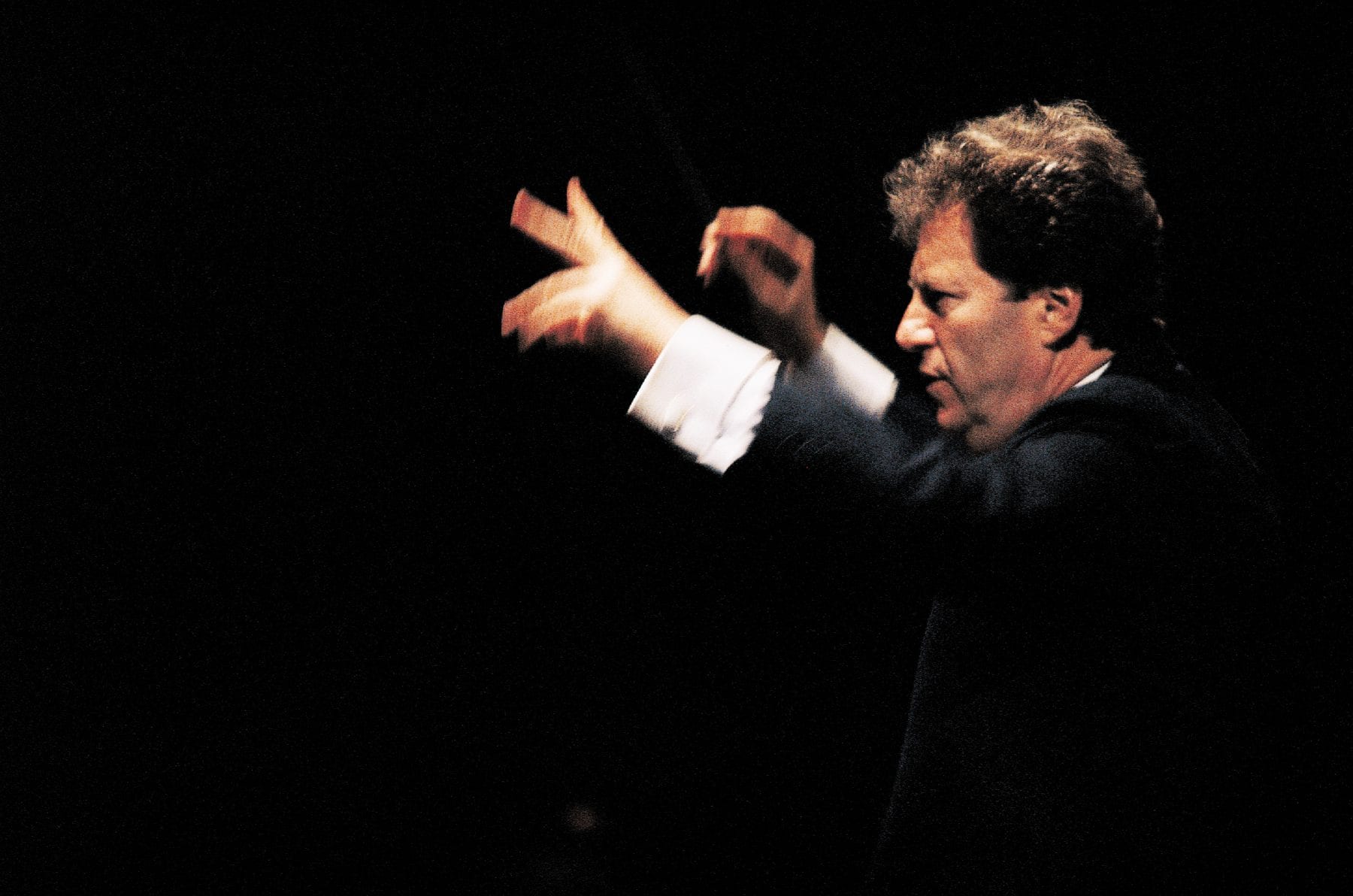 I’ve been harsh on Yoel Levi for his Atlanta Opera conducting — leading the orchestra in emotionally coarse and anti-lyrical accompaniments for “Hansel and Gretel” (in 2007) and “The Elixir of Love” (earlier this season). I think of Levi for dazzling symphonic precision, not for the supple quality of breathing with singers — a fundamental that any capable opera conductor would do by instinct.

Well, his “Aida” is a fresh change. Levi responded with sympathy to the singers and brought intensity to the drama. The orchestra played well for him. True, he paced the Triumphal Scene — all those blazing trumpets and stentorian cries from the chorus — like a metronome, or a provincial bandmaster. But overall, Levi and company delivered a grand “Aida.”