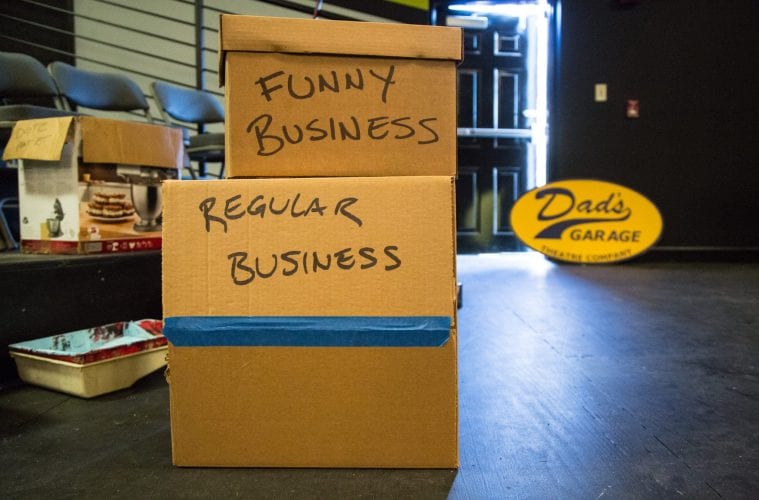 Dad’s Garage will ring in the new year in its new permanent home. Our preview of the new space.

After two years of camping out at 7 Stages, Dad’s Garage has at long last finished the year-long renovation of its new home at 569 Ezzard Street in the Old Fourth Ward. Dad’s Garage will inaugurate the space with a (sold-out) New Year’s Eve bacchanal, including appearances by guest stars like 10 year-old comedian Saffron Herndon, Colin Mochrie of Whose Line is it Anyway? and Matt Jones (a.k.a. Badger of Breaking Bad). They will also perform throughout the following week.

The company, which had raised $690,000 to purchase the former church last January, engaged Pimsler Hoss Architects to help transform the church into a proper theater. The 200-seat main stage will be used for regular comedy nights and larger productions. The more intimate lobby stage downstairs, which seats 50, offers more of a café vibe. Murals by local artists, commissioned by Linnea Frye — former marketing director for Dad’s Garage who was in charge of the redesign — festoon the building, including the bathrooms.

“This building is the culmination of years of work and dedication,” says Executive Director Kevin Gillesse. “We couldn’t be more excited to open this permanent destination for laughter in the Old Fourth Ward.”

ArtsATL’s Dustin Chambers went behind the scenes to get a look. 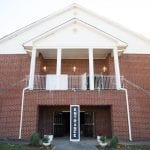 The new home of Dad’s Garage was formerly a church. 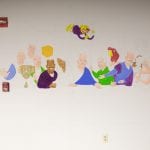 Matt Ketchum’s mural is a play on da Vinci’s “The Last Supper.” 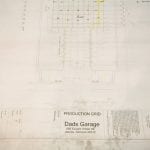 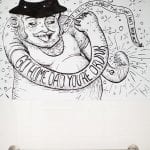 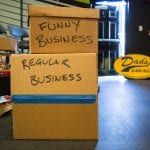 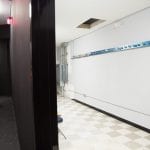 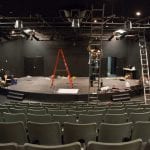 The main stage can seat up to 200 people. 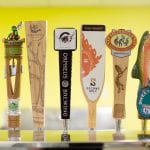 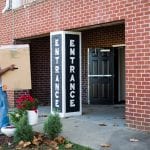 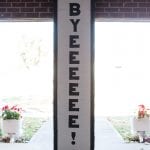