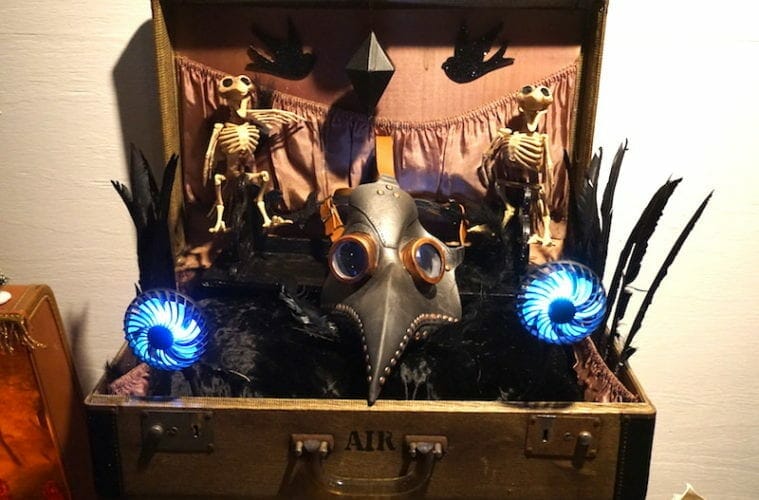 Cullum’s Notebook is a monthly survey that highlights some of the more notable art+design happenings in metro Atlanta. Jerry Cullum, the winner of a 2020 Rabkin Prize for arts journalism, has written about visual art in Atlanta and beyond for decades.

The year for Atlanta galleries seems to have started with two big topics — nature and history. We seem to live in a country and a world in which the old reliable things are going increasingly wonky, where “nature” is not quite natural and “history” is unlike anything we’ve experienced before. That’s what these shows deal with, some more directly than others.

We have only a few more days to admire Sudden’s evocation of cosmic cycles that, for the most part, change predictably. (The unpredictable parts are another story.) The sculptures that dominate the gallery present the phases of the moon; the works on the wall allude to ancient civilizations’ symbols for other visible and invisible forces. The whole installation suggests a world in which the cycles of nature unfold as they always do, with a few key variables that bring big changes. History is all about continuous change and must be staged if it’s to look unvarying. Serbia-born artist Vesna Pavlović’s Traversing Geographies, Complicating Memories at Whitespace (through March 6) presents aspects of that staging. It begins with artfully composed documentary glimpses of a socialist utopia that degenerated into dictatorship as it fell apart in stages, as Tito’s officially idyllic Yugoslavia was succeeded by Slobodan Milošević’s troubled state, finally toppled by a popular uprising and replaced by today’s Serbia and the other five or six former Yugoslav nations.

This part of the show consists of minimally transformed documents of the Yugoslav art world’s response, when theaters shut down in protest and were replaced by discussions and demonstrations — shown here in grids of black-and-white photos. Songs are represented by a mixtape played on multiple boom boxes. A video that Pavlović made with members of the Women in Black collective recalls these events of a quarter-century ago. Most of the show deals with the subtle physical sites where history happens. A book of Pavlović’s photographs, to be published next month by Vanderbilt University Press — where she teaches — and titled Stagecraft, highlights how architectural spaces are consciously designed for unconsciously performed daily dramas. From a modernist sculpture in the Federal Executive Council to a poignantly shiny fallen flag, the things of public life are theater props. These photos are among the exhibition’s high points.

She explores these insights further through video and photography of sites and music in Cuba, where utopian architecture built under socialism is crumbling while creativity flourishes, and where a utopian garden created for a private estate by an American corporation has fallen into poetic decay.

The processes of history and nature are more than any single show can capture, but Pavlović makes a valiant attempt. Her forthcoming book combines photographs of public buildings in Yugoslavia and the United States with archival photos of carefully staged public events to suggest the dynamics of performances that the public is supposed to experience without thinking much about them. (The same goes for less three-dimensional spaces, and Hanita Schwartz’s concurrent show of erasures and alterations of pictures from art-history textbooks in the adjacent Whitespec space, forms a productive complement to Pavlović’s oeuvre.) It’s a particularly happy accident that the rich reminders of Pavlovic’s decades of visual analysis are on view at the same time as Courtney McClellan’s six-year foray into the field. Simulations, at MOCA GA through March 27, presents photographs of law-school courtroom mockups in which students learn the look of the rooms and the rules of trial performance. While Pavlovic has devoted her life to exploring the artifice of real spaces, McClellan is documenting aspects of artificial spaces that define real expectations. It’s  appropriate that the exhibition can be viewed online as a gallery simulation. (Call before you go. A positive COVID-19 test has the museum temporarily closed.)

The often-claustrophobic conditions of immense physical and social change are the implicit or explicit topics of several artists (some of whom will be part of  next month’s column). Just the title of Sabre Esler’s The Cosmos, the Cipher and the Soul at Perimeter College Clarkston Campus Gallery, where she teaches, suggests why it’s necessary to mention her here. Her geometric and gestural compositions use notes of underlying musical scores to limit the look of the final piece. For a more detailed explanation, go HERE. Through March 26,

Repurposed II: Recovery, extended at 378 Gallery through February 20, is a show united only by its artists’ use of found-object assemblage, and one suite of works, in particular, addresses our present situation spectacularly and poetically. The four-suitcase dioramas of Terry Coffey’s Portable Future for Climate Refugees package for easy transport the essential elements of fire, water, earth and air. Coffey has chosen her objects well, creating small alternate environments that tempt us to disappear and leave behind the world outside the suitcase (even if “air” is represented by the inside of a high-tech plague mask).

Country Store (at Thomas Deans Fine Art through March 6) is consciously designed, says Atlanta painter Evan Jones, to present the archetypal remnants of history and history’s representations of nature as they might be found in a thrift shop or an antique store, piled randomly atop each other. This presentation of what once was precious reminds me irresistibly of an image from a Walter Benjamin allegory: the pile of debris left behind by history that the Angel of History wants to rescue and rearrange into order but cannot because the Angel is being blown backward into the future by a stormy wind that is, perhaps, misnamed Progress.

As Benjamin’s allegory and these art shows suggest, we are less inclined today to see the winds of change as unquestionable progress, and are, at most, hopeful of regaining some kind of control in the midst of them.