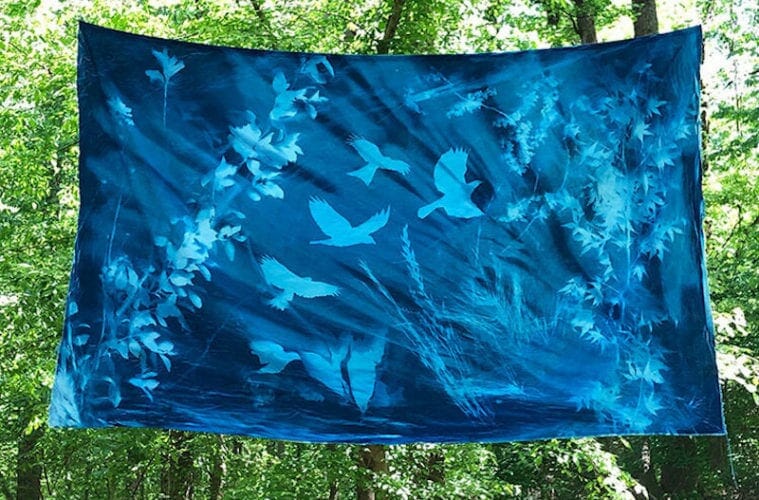 Printmaker Chloe Alexander’s "Light Catcher," a cyanotype of natural elements, is part of "The Art of Nature: Into the Wild" exhibit at Blue Heron Nature Preserve in Buckhead.

Cullum’s Notebook: Into the woods with natural exhibits at Blue Heron and beyond

This monthly survey highlights some of the more notable Art+Design happenings in metro Atlanta. Jerry Cullum, the winner of a 2020 Rabkin Prize for arts journalism, has written about visual art for decades.

Karen Hennessee’s DOORS AND WINDOWS photography series has been in progress for years. The exquisite installation of photos, window frames and draped lace at 378 Gallery (through May 29) is mostly from the French Laced Window series, which dates to 1986. Most of these  photographs, however, were taken during an unplanned extended residency in the Loire Valley, created by the pandemic lockdown and subsequent travel restrictions.

Hennessee’s fascination with lace curtains — how a home’s occupants can see out but not be seen from outside — inspired the series. Realizing that this tradition of French domestic architecture was rapidly becoming a thing of the past accelerated her documentation and acquisition of curtain-sized lace while it was still to be had. 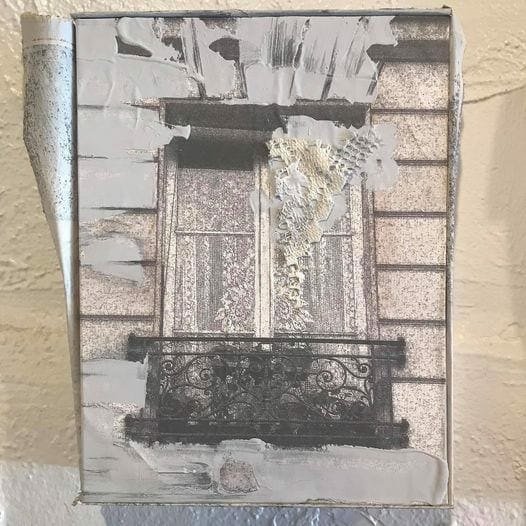 Karen Hennessee’s “Doors and Windows” is a photography series that documents her fascination with French lace.

The domestic intimacy of Hennesee’s installation is curiously mirrored by the coziness of THE ART OF NATURE: INTO THE WILD, mostly small works, at Blue Heron Nature Preserve (through June 12). The multi-artist show was curated by Steven L. Anderson for this minimally transformed natural environment in a Buckhead neighborhood.

As with previous Art of Nature exhibitions, the works are installed along the trails, and not always close to them. Printmaker Chloe Alexander’s Light Catcher, a cyanotype of natural elements, is readily visible; the Forest Mushroom sculptures of MFGOODS (featuring Alice Lim and Eddie Farr) blend into their surroundings despite their substantial size. Their tree-bark surfaces are meant to foster the growth of actual mushrooms and moss on them. 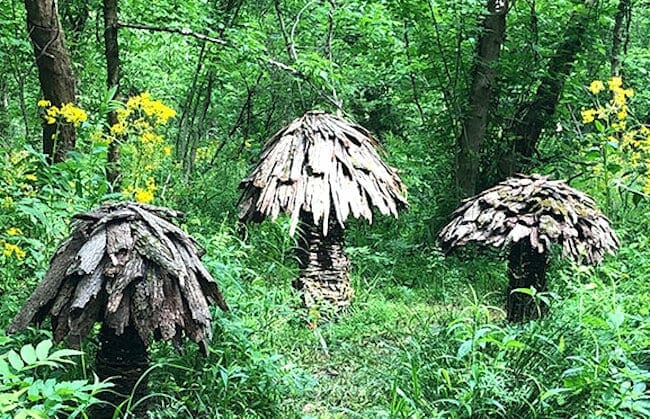 The sizable “Forest Mushroom” from MFGOODS (Alice Lim and Eddie Farr) blends into the trees and encourages real mushrooms and moss to grow.

Other works cover a range of human interaction with nature — the suspended feather sculptures of Sachi Rome’s Floating Wild and Free Toward Home point us to a literal and psychological safe space, while Dena Haden’s hanging sculpture With Whom We Walk This Earth uses weaving techniques to point up the long relationship between humans and the natural materials from which they created their cultures.

Shannon Willow’s Living Sculpture, composed of still-growing mosses and other plants, likewise emphasizes the interconnectedness of nature and humans — something that Roxane Hollosi’s elemental hangings do as well,  incorporating the Jingle Cones with which Native American women danced in homage to the elemental forces of fire, water, earth, air and spirit. 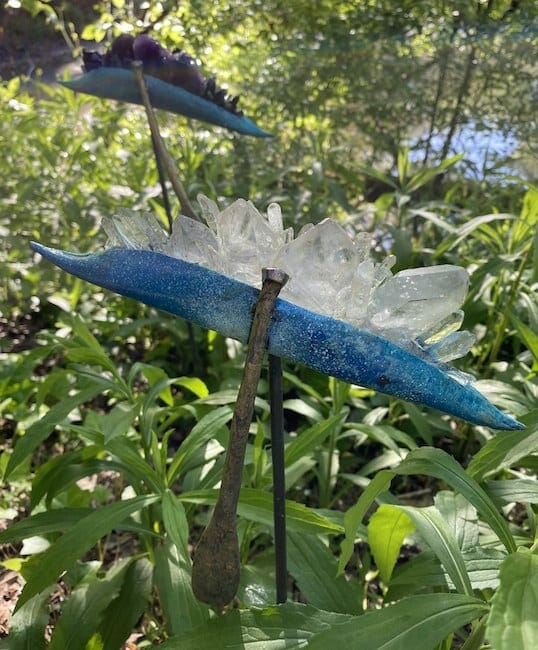 A detail from Corrina Sephora’s “The Faery Boats.”

Corrina Sephora’s THE FAERY BOATS, situated at a creek overlook, is among the most poetic — and challenging — pieces to locate. Close to the ground on the margins of the water, these crystal-filled little vessels evoke the faery boats the artist made as a child and sent floating down a river.

Most of the work is optimistic, but Regrowth, a wire sculpture by high-school students Eve Harclerode, Annie Kim, McKenna Weinbaum and Scarlett Wills, reminds us that nature reclaims fallen or abandoned pieces of culture. And performers Erin Palovick and Mary Grace Allerdice have taken, and will take, visitors on a transient, site-specific, meditative journey through the preserve, visiting parallel themes in a two-part piece titled Curriculum for Wi(l)dness: Light (performed at the opening) and its companion, Dark, to be performed at the exhibit’s June 12 closing.

Works of art related to, and set in, nature are on display for a longer term at the nonprofit Fernbank Museum of Natural History and Atlanta Botanical Garden. Fernbank incorporates original sculptures of nests (like the pendant nest fashioned by Laura S. Lewis in its instructive HABITAT exhibition along the WildWoods walkways between the museum building and Fernbank Forest (through August 29). 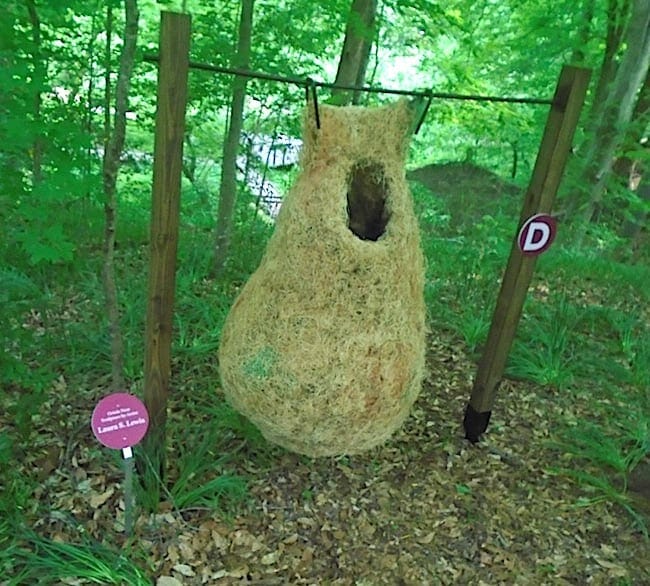 Laura S. Lewis’ pendant nests are part of the “Habitat” exhibition outdoors at the Fernbank Museum of Natural History.