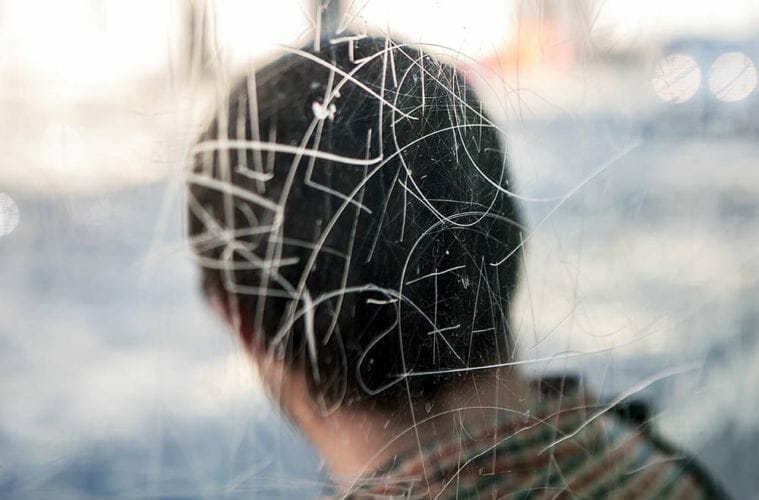 "Domestic Unease -- Muddled," a photograph by Shannon Davis, is part of "Her Eyes" at 378 gallery. (Courtesy of the gallery)

August was once such a quiet month in Atlanta’s art world that one gallery imitated the European practice of shutting down until September. Now art — like Atlanta schools — starts its season earlier.

Although no one planned it that way, it’s possible to use a half dozen or so shows to think about the big issues of the human soul and body: the body as defined by gender and ethnicity, and the soul as it relates to the physical world around it and the society in which it lives and moves. Most of the shows discussed here could be defined by the phrase that appears on the wall of Lauri Stallings and glo’s Supple Means of Connection (through September 8 at the High Museum of Art): “a tribe of free women fly into this room.”

Let’s begin with the final weeks of a lovely exploration of the invisible world of disease organisms, The World Unseen: Intersections of Art and Science, at the Centers for Disease Control and Prevention’s David J. Sencer CDC Museum (through August 30). The show juxtaposes work by Atlantans Bojana Ginn and Amie Esslinger with paintings, drawings, installations and videos by artists from Saskatchewan, Canada, to Brighton, England, and a few states. The exhibition rewards extended contemplation once you’ve gone through the brief but disconcerting security process at the campus entrance off Clifton Road. 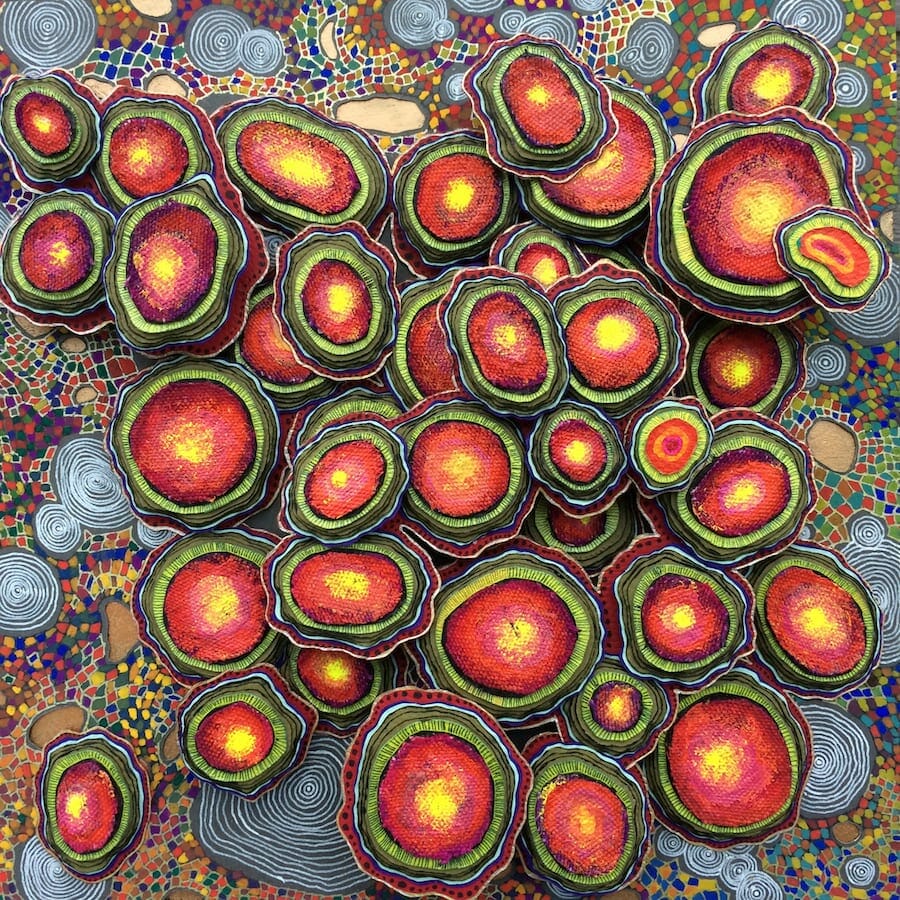 Esslinger’s abstract, nonliteral representations of microbial processes probably win the award for showing the sheer beauty of dangerous biological structures, but Laura Splan’s SARS virus-based lace doilies are definite contenders. Even the unexpected power of Jody Rasch’s drawings — with such titles as Flora/E. coli — demonstrate the aesthetic strength of nature on the microscopic level.

Anna Dumitriu’s The MRSA Quilt reinforces this. It incorporates sterilized bacteria and antibiotic and antimicrobial substances in its cotton calico. A video by Scott Chimileski and Roberto Kolter and beads on black velvet by Ruth Cuthand make similar points. The video shows us the microbial world as it affects everyone; Cuthand offers the patterns of imported diseases that devastated the indigenous peoples of Canada’s First Nations. Also represented are travel-related infectious diseases, bioengineering and nanobiotechnology.

Despite its beauty, the CDC show discusses disturbing topics that make it a relief to move on to Lisa Alembik’s curatorial extravaganza On Singing the Body Formless and Electric at Whitespace (through August 31). The bodies here are frequently “formless” in a way that goes beyond Frenchman Georges Bataille’s art-world-trendy use of the term.

Some bodies are formless in the sense of spreading their presence exuberantly outside literal bodily limits as they “move through space, responding bodily to changes in their ways of thinking and their environments,” says Alembik’s curator’s statement. Others seem to be merely misshapen, weighed down by frequently embarrassing limits. The elderly white people depicted in a Joe Hadden and Larkin Ford video, and a Ford sculpture and painting, are preoccupied with digestive tracts and their increasingly formless flesh. (Ford also is represented in Tropical Depression, August 9–29, the Mast’s final show at its Mitchell Street location.) 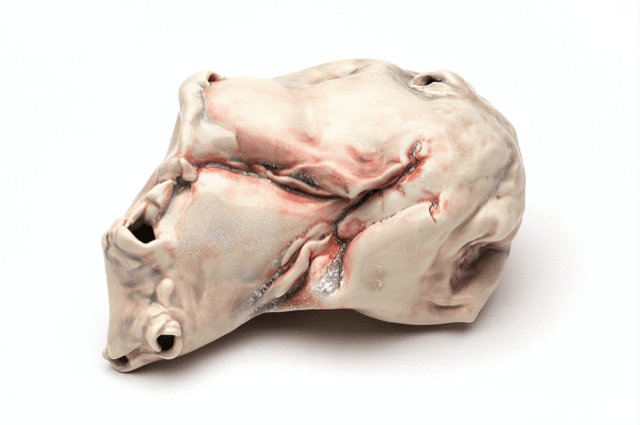 “Phantom Cleave II” (2019) by Michelle Laxalt (Courtesy of the gallery)

The exquisite formlessness of Michelle Laxalt’s bodylike ceramics bespeak the body’s capacity for self-transcendence despite its clumsiness, as does Hannah Ehrlich’s fabric hanging. Hannah Adair’s Lashes watercolors possess a precision that provides geometric beauty in a show that mostly reminds us of how the body’s biological features lead in messy directions.

It comes as a revelation, then, to cross the patio to the adjacent Whitespec project space and encounter Pinky/MM Bass and Carolyn DeMeritt’s Infinite Grace, in which DeMeritt’s black-and-white photographs of Bass’ aging body are overlaid with Bass’ mystical-looking, jewel-like geometric drawings. The radical honesty of this form of portraiture has become familiar, but this work transforms often prosaic bluntness into a rare form of visual poetry.

Age and the passage of generations are also among the topics explored in Her Eyes at 378 gallery through August 24. Michele Pizer curates work from The Alice, a collective of women artists. This work comes from a feminine visual and psychological perspective by a generation-spanning group that includes painter Linda Mitchell, photographers Mary Anne Mitchell and Shannon Davis and multimedia artist Patty Merrifield. Mary Anne Mitchell’s daughter Kira Hynes makes her Atlanta debut with sculptures in both the upstairs and downstairs spaces. 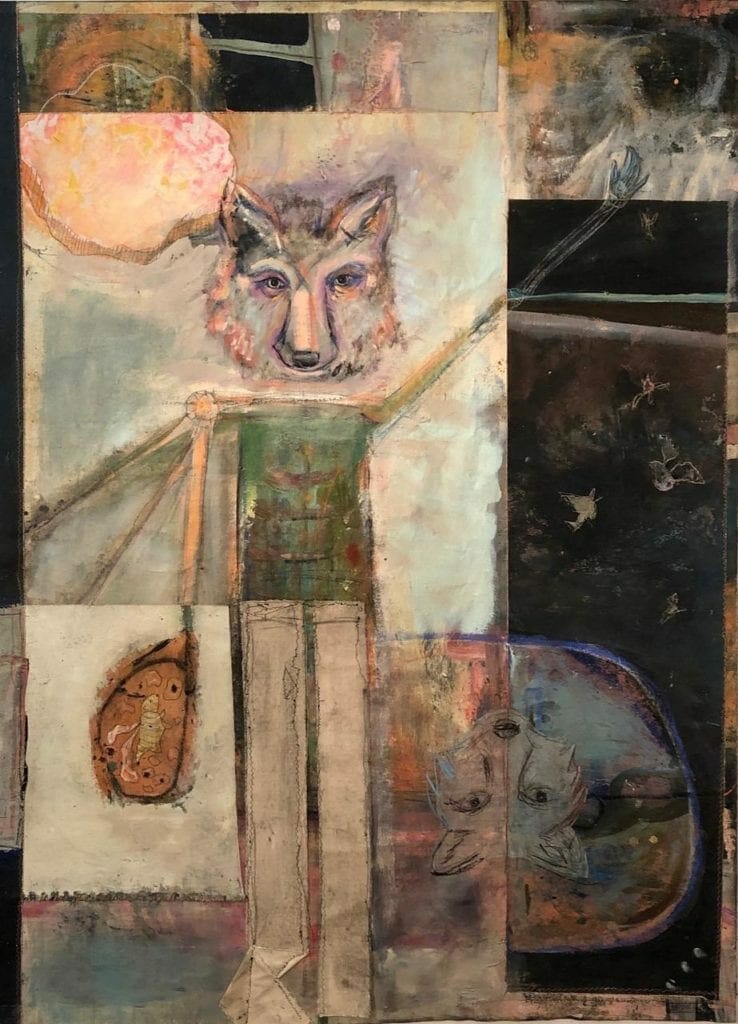 Linda Mitchell’s confrontational images of animals bear such titles as Fierce Angel and She Wolf: It all Matters, while Mary Anne Mitchell’s surreal images use theatrically posed hieratic figures and appear on the stairway leading to a downstairs gallery and performance space.

Merrifield’s female nudes, fashioned from bent coat hangers, might be considered universal body types, but as noted above, what we regard as “universal” is always modified by where we’re coming from, and the artists of ALICE are no exception in this regard. This isn’t to say the work is unperceptive. Davis’ photographs, in particular, capture the essence of memorable characters, some of whom might not be welcome in certain levels of society.

It’s a fortunate coincidence that what artist-activist Charmaine Minniefield calls the womanist perspective is approached through the African-derived performances of Gullah Geechee Ring Shouters in her paintings and installation at Sinclair Gallery through August 17. Ritual: The Birth of New Freedom features carpet and candles in shades of blue associated with the Yoruba divinity Yemaya (the universal mother). 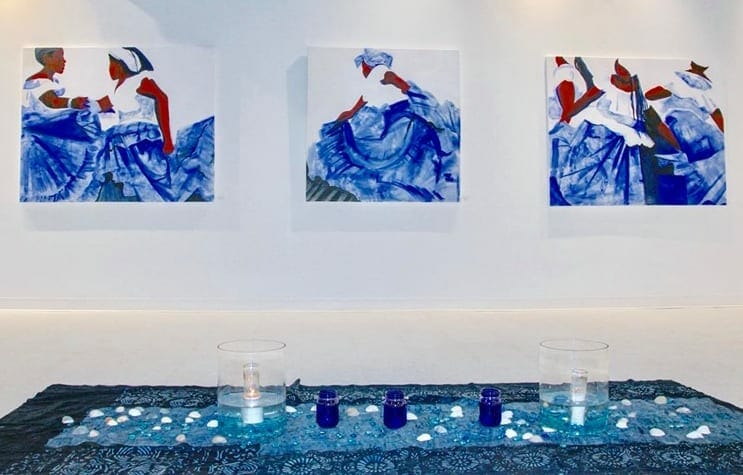 Charmaine Minniefield’s “Ritual: The Birth of New Freedom” (Courtesy of the artist)

The colors are echoed in the costumes of the dancing African American women in the painting, who toss their robes or aprons about as they perform a West African circular movement that was transferred by slaves to the Georgia/South Carolina coast. Minniefield considers the dance a bodily form of prayer for all humanity, and is engaged in the Ring Shout Project, Remembrance as Resistance: Preserving Black Narratives, underwritten by FLUX PROJECTS and culminating in a June 2020 installation at Oakland Cemetery.

Dirty Laundry, a fabric installation by the Birthday Girls collective of Magda Dumitrescu and Jackson Markovic, may well be worth checking out. See it at The Art Gallery at The Bakery through August 15. “Dirty Laundry,” they say, “seeks to recontextualize our relationship to clothing and consumption by exploring the purpose and history of textiles through a radical feminist worldview. At the core of the show is an exchange between best friends who are building a new reality one might call the future. The result is a reflection of queerness, friendship and Atlanta — filtered through the windshield of a Craigslist Honda Civic without air conditioning.”

Finally, a shout-out to the annual artist’s book exhibition opening August 9 at the DeKalb County Public Library in downtown Decatur. The opening reception for The Book as Art: Wonders happens August 23. The juried exhibition, international in scope, mixes the national and global with the local in strange and wondrous ways and is always worth viewing. It runs through September 27.