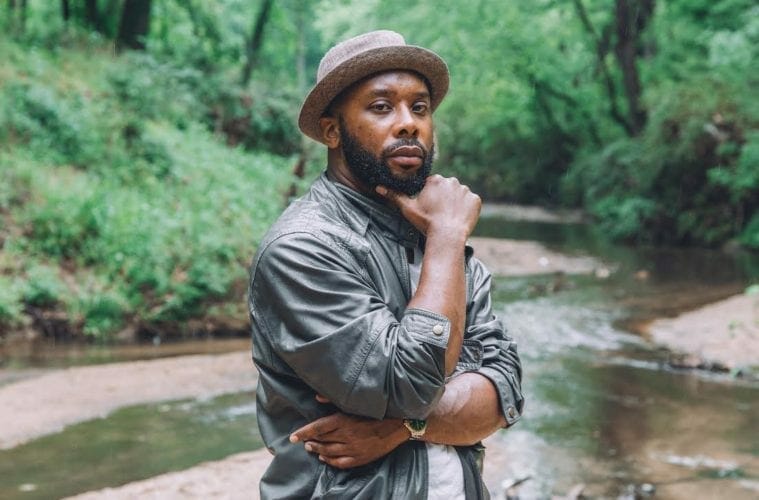 Creative in Residence: Guest editor Floyd Hall and the case for “AtlantaFuturism”

(Editor’s note: We begin our new “Creative in Residence” series of guest editors today with Floyd Hall, a prominent writer, producer and documentarian. A story generated from Hall’s residency will be published each Thursday for the next four weeks.)

But ideas created in the present often become anchors that we’ll need in the future.

As I took on the role of Creative in Residence for ArtsATL, I found myself looking toward the future with a sense of curiosity about the past, and a feeling of uncertainty about the present. A central question grounded my thinking: “Which artists are building something now that we’ll need in the years to come?” I don’t know if we’ll be around tomorrow, or the tomorrows after that . . . but if Atlanta is to successfully arrive in the future we continue to imagine, I do know that Black women — in the arts and otherwise — will be at the forefront.

The AUC Art History and Curatorial Studies Collective, BOSCO, Danielle Deadwyler and Shanequa Gay, respectively, are creating, thinking and speaking into existence art movements that challenge us to examine past systems and how we should reimagine them in the days and decades ahead.

Contributors Kaya Faery, Makeda Lewis, Barbara Rego, Sasha-Gay Trusty and Quianah Upton, in words and in energy, have crafted stories that provide access points for us to understand the aforementioned artists in ways that reward us for using our imaginations. We’ll need their voices in the future as well.

And then Chadwick Boseman died.

I hadn’t yet finished this essay at that time, but something interesting, and perhaps necessary, happened in that moment.

While reflecting on Boseman’s celebrity spark . . . one that shined brightly, brilliantly and briefly, I gave in to the temptation to rewatch Black Panther, the film in which he is now preserved as a cultural icon for as long as we are able to remember. In an unexpected way, revisiting Black Panther helped to crystalize my intent and the connections between AfroFuturism and this sense of “AtlantaFuturism” that have occupied my thinking for quite some time.

The running joke about the film was/is that Atlanta is real-life Wakanda, the fictionalized African kingdom made real through Hollywood muscle.

Yet, when people say that Atlanta is Wakanda, even in jest, I often bristle at the thought because it both sells short the generations of Black struggle in Atlanta while ignoring the vulnerable legacy of that struggle in the present, as income inequality, economic immobility and violence upon the Black body pose consistent and dire threats to the city’s Black culture.

However, what stands out most about Wakanda that we would do well to emulate in Atlanta, and perhaps elsewhere, is this: When Black women are allowed to occupy spaces of prominence, a community, a city and a nation can thrive. And I believe this to be especially true in Atlanta’s arts ecosystem. Therefore, I invite you to read and reflect on the articles/ideas I have selected for ArtsATL — each Thursday for the next four weeks — with this sense of AtlantaFuturism and imagination for what is to come.

And lastly, thanks to Chadwick Boseman, an anchor and ancestor that many of us will need in the future.