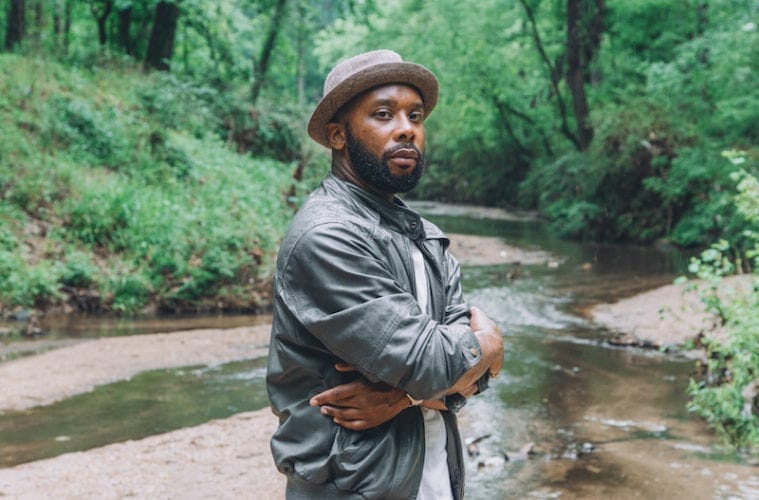 In my mind," says artist and writer Floyd Hall, "the enduring legacies of Atlanta onscreen -- large or small -- are captured by 'Gone With the Wind' and the FX series 'Atlanta.'"

I often struggle with the words to contextualize the uncertainty that’s been present during the past 12 weeks while in the midst of the Covid-19 pandemic. One of the curious effects of being afforded a moment to sit still and sheltered — albeit a traumatic luxury — for so long is the constant attention directed toward internal thoughts and rhythms. There are new rituals. There is a shift. At first the silence is welcome, and then there is the chase to break the silence.

In this season of life, film, music and television have been constant companions and refuge. My friends and I have fallen into easy patterns of trading recommendations on what to watch and listen to, often sending reminders on the latest live events and cultural commentary. And with so much newfound time to sample shows and movies, the endless expanse of content has been a welcome distraction. Throughout the countless episodes and scenes consumed over this time, seeing cities like Berlin, Los Angeles and New York as interesting backdrops for so many interesting stories, my mind shifts — as it often does — to Atlanta. Is Atlanta any less interesting? I imagine not, yet when binge watching period pieces like Babylon Berlin and Godfather of Harlem, together with a contemporary view of Los Angeles via Insecure, I appreciate visual culture tied to the personality of a city and how rare that still feels for Atlanta.

In my mind, the enduring legacies of Atlanta onscreen — large or small — are captured by Gone With the Wind and the FX series Atlanta, two works and worlds seemingly on opposite sides of the cultural spectrum. Eighty years separate the publishing of Margaret Mitchell’s hugely successful novel and Donald Glover’s critically acclaimed TV show, with the 1939 movie adaptation of the former listed among the most celebrated moments in Atlanta history.

Having never seen more than 20 minutes of Gone With the Wind at any time, I decided to use this extra time on my hands to watch that film and rewatch Atlanta in their entirety to compare them. I was curious about how we use visual culture to canonize beliefs about place and foster nostalgia, and how these two works would help inform my perspective of my hometown.

In Atlanta, you don’t need to have watched or read Gone With the Wind to know Gone With the Wind. The context clues are everywhere — sidewalk signs, landmarks, magazine stands, cemeteries, etc. Yet, the general arc of what I always believed about the story was simple: A young white Southern woman named Scarlett O’Hara falls in love, General Sherman burns Atlanta, Scarlett’s family goes broke, Scarlett promises she’ll never go hungry again and, at some point near the end, Rhett Butler, full of swagger, says he doesn’t give a damn. Watching the movie in full filled in some of the gaps, but my initial idea seemed to hold up well. This watching also affirmed the power of popular culture to inform memory, narrative and nostalgia.

Rewatching Atlanta felt like touring the city’s marginalized/underground spaces through the prism of magical realism, with less of the “Welcome to Atlanta” visitors’ bureau bravado of Jermaine Dupri and Ludacris, and more of the sinister slow creep of an old Gucci Mane mixtape. The characters Earn, Paperboi, Van and Darius serve as filters for a nuanced black gaze of Atlanta from the perspective of working-class, albeit creative, folks. This isn’t a traditional aspirational view of Atlanta. The show peels back the layers on communities within the city where voices go largely unheard and uplifted by city leaders. Atlanta takes us to vulnerable places and shows us vulnerable people with a degree of care and humanity.

In revisiting these works, it’s apparent that central characters Scarlett and Earn aren’t that dissimilar from each other (or Atlanta). They both struggle to find their true selves within their personal/peer relationships, and they’re both resourceful only when their backs are against the wall, all while tepidly navigating a parenthood that appears to be an inconvenience to the lives they prefer to live. Donald Glover in a scene from his own creation, the TV series “Atlanta.” (Courtesy of FX)

They’re preoccupied with money and escaping poverty, but approach it from opposing perspectives of generational wealth. Ultimately, Earn and Scarlett display antihero qualities that endear them to audiences. We root for them while cringing at some of their decisions, and breathe sighs of relief when they make it out of one tough spot or another –which could easily be said about Atlanta as a city charting its own path.

This moment of rewatching sparked the inevitable question: Is this it?

Reality TV shows aren’t enough. And neither are Scarlett and Rhett and Earn and Paperboi. Somehow their stories seem real, not only because of the craft that went into creating them, but because we — the public — want them to be real. The narratives we hold onto are a reflection of the times but also a reflection of our choices in those times. In the post-pandemic days ahead, I’d love for more film and TV stories to reflect the complexity of what Atlanta has become and the diversity of perspectives that have combined to make it what it is. That’s something we all should give a damn about.