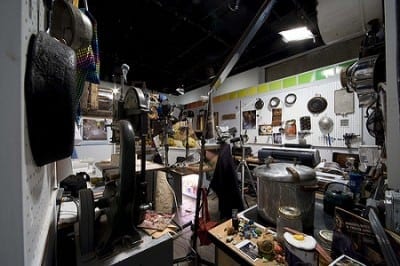 Review: Corin Hewitt, Harry Shearer and Will Rogan at the Contemporary 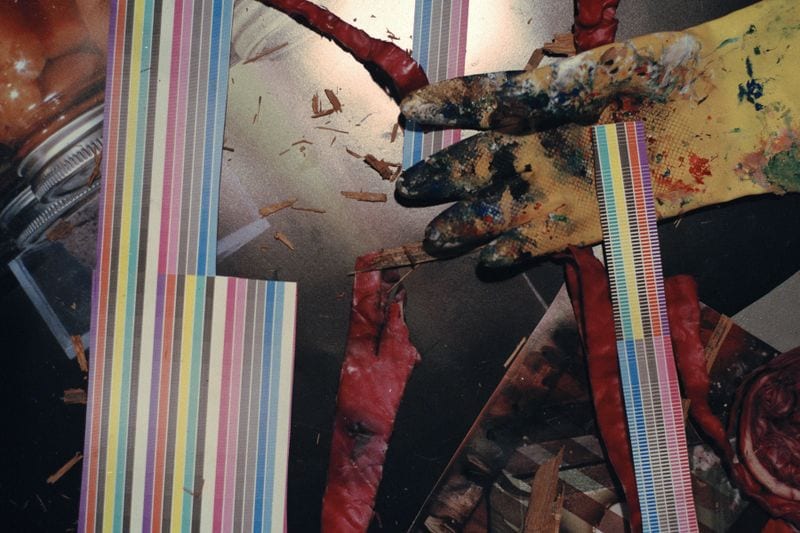 Hewitt draws on the tradition of 17th-century still life/Vanitas paintings, in which decaying matter symbolizes the inevitability of death. In contrast to those elegant oil paintings, he goes for the grotesque. Hewitt rubs your nose in rinds and rot in uncomfortable close-ups shot from odd angles or manipulated into disorienting collages.

A roomful of such photos gets a bit repetitious, but individually they have a, shall we say, bite.
The best thing about Harry Shearer’s disappointing “Silent Echo Chamber” is the title. The video installation fills a long wall with monitors showing talking-head types and politicos caught off-camera and out of persona. There is no sound other than a muffled drone of TV audio.
If the piece intends to say something about “constructed identity,” it’s a yawn: everyone has a private and a public face. It works better as a rogue’s gallery of the people whom we let invade our homes every night, who frame our vision of the world in a prison of their opinions. (That’s my interpretation of the paradoxical title as well.) But I wouldn’t call this an elegant fusion of form and content.
Shearer will appear with Spelman College’s Andrea Barnwell Brownlee and CNN anchor Jim Clancy in a panel discussion moderated by Contemporary Artistic Director Stuart Horodner at 7 p.m. November 20 in the High Museum of Art’s Hill Auditorium. Reservations are required.
Will Rogan is the Bernd and Hilla Becher of the storefront. Like the German couple known for their relentless objective photographs of industrial  structures, Rogan has taken a series of deliberately unremarkable black-and-white photos (below), each focusing on a store with “world” in its name.
Their dreary appearance, and what we already know of these low-end retailers, belies the moniker’s promise. In fact, given the economy and the hegemony of the big-box store, the images exude (unintended?) pathos.
Rogan’s photos exemplify a strain of anti-aesthetic conceptualism that is one of Horodner’s interests. Like British artist Matt Bryans’ installation of little piles of compressed and burnt aluminum foil, exhibited in 2006, these photos stand in opposition to the swath of contemporary art that has embraced scale and spectacle.
Rogan’s sculpture at the gallery entrance takes spectacle to an ironic extreme. The piece, a mistletoe of crystals surrounding a high-wattage light bulb, actually blinds the viewer momentarily, like a camera flash. This misshapen chandelier, it seems to me, is an elegant fusion of form and content.