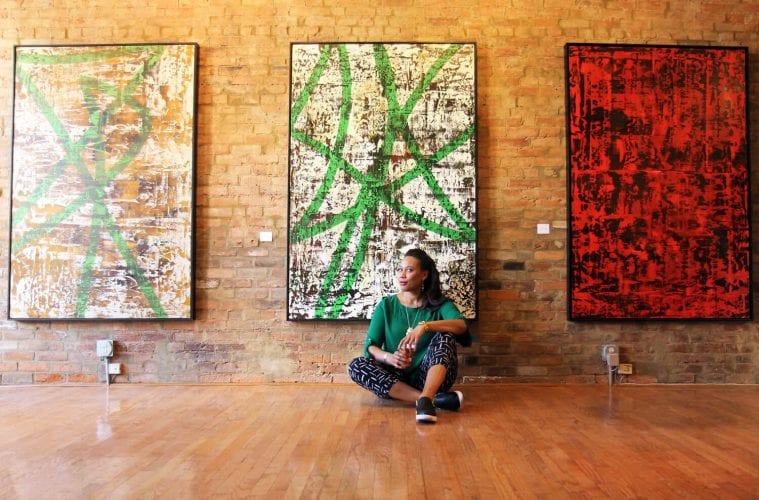 A conversation with Khalilah Birdsong about intuition and abstraction

About a year ago I had a studio visit with abstractionist Khalilah Birdsong for the first time. Something about her dense layering techniques, bold and striking colors and precision amidst the chaos pulled me in. She told me I wasn’t the first to have an instinctive pull to the works. “Collectors have told me that something just makes them gravitate towards the paintings,” she said. “I’ve had a few people tell me they just stood in front of them and wept.” 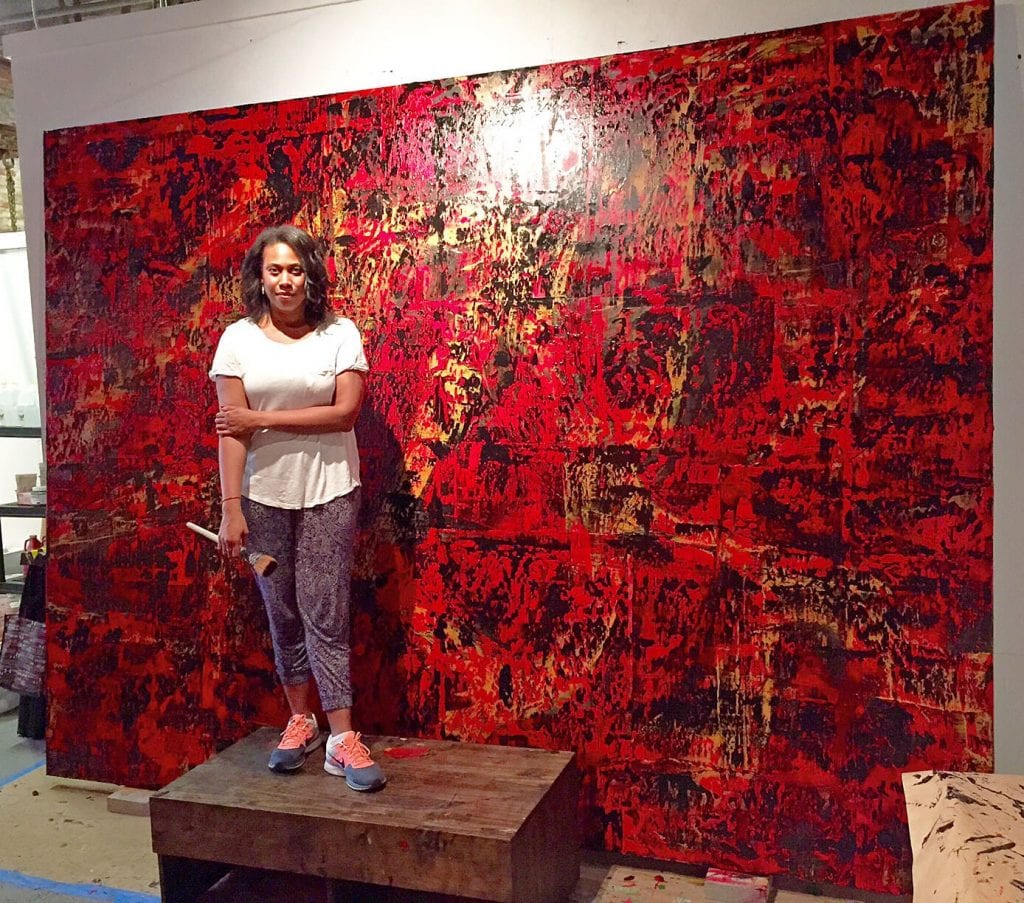 Birdsong standing with a work in 2015.

Birdsong, who was born in Ohio but grew up in Atlanta, is a self-taught painter who turned to artwork to work out the stress and anxiety of her life. Through her work as director of communications at Tyler Perry Studios, most of her energies had gone toward fostering the visions and messages of other artists, creatives and executives. As a woman who has always taken her own intuition very seriously, she found herself drawn to painting as a means of self-expression just five years ago. Her ascent in the art world since her first trip to Michael’s is nothing short of impressive. She was first represented by Bill Lowe Gallery before being picked up by Restoration Hardware Contemporary Art. She’s been included in numerous group shows, had a solo exhibition at Cincinnati Art Underground last year and has works in the private collections of President Barack and First Lady Michelle Obama, Monica Kaufman Pearson and Tyler Perry, to name a few. Her works have also been on prominent display on shows featured on OWN: The Oprah Winfrey Network.

November 11 marks the opening of Birdsong’s first solo exhibition in Atlanta. The show, Siren’s Call, at Hathaway Contemporary, is an exploration of Birdsong’s works from the past three years. “A lot of expressions will be shown,” she told me by phone recently. “I mean, this is an exploration in how I’ve evolved over the past three years. I’ve worked with a lot of different materials.” 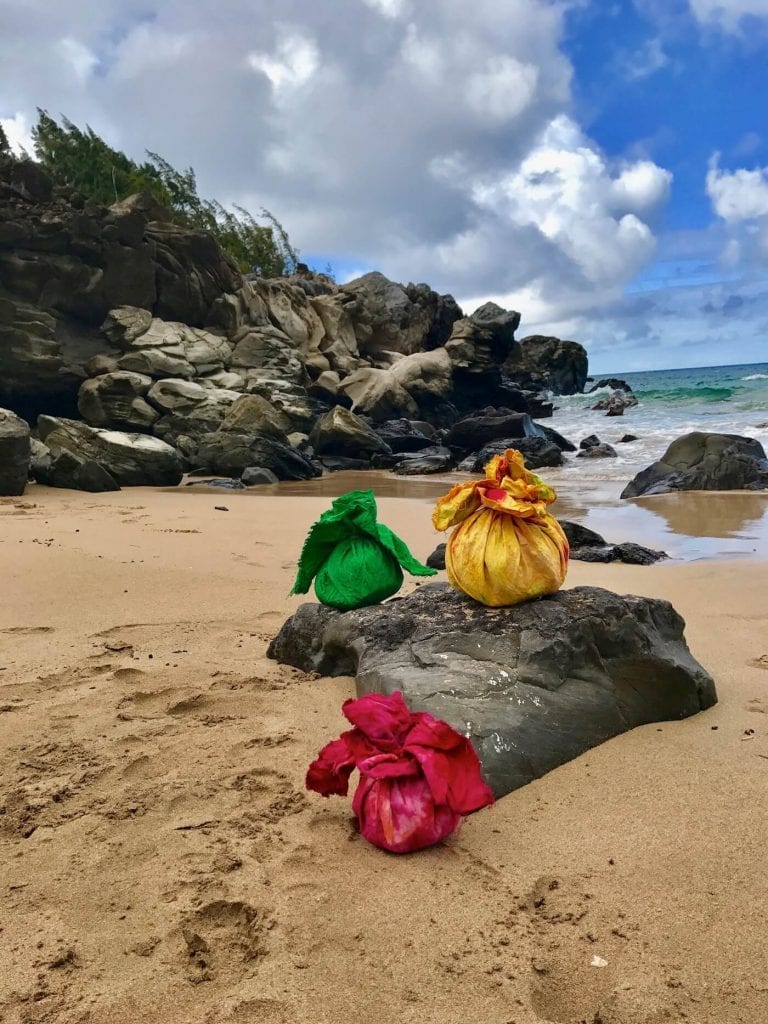 Autumn’s Harvest at Hathaway Contemporary will be suspended from the ceiling. Here, the works are seen on a beach in Maui.

In her artist statement, Birdsong states that her works are explorations in survival and resurgence. “Distress and weathering is palpable on the canvas, but so is reawakening. I build layers up and then take them away to create a painting that is, ultimately, whole,” she says.

The exhibition will include large expressionist works and more recent installation pieces. “I was really inspired by Daniel Arsham’s exhibit at the High Museum,” said Birdsong. “Art shouldn’t just be hung on walls.” She reflects on how her works from her solo exhibition in Cincinnati came back wrapped in kraft paper, which Birdsong didn’t want to waste. Her creative process led to dying canvases, utilizing the paper and wrapping up the works with rope. “They looked like gifts to me,” she remarked. Coincidentally, when Birdsong made her way to Maui to look for her new home (the artist now primarily lives in Hawaii, coming back to work with Tyler Perry Studios at least once a month), she opened up Hawaii Airlines magazine, only to see pūʻolo, a traditional Hawaiian offering. “It was so strange, I had no idea what a pūʻolo was when I made ‘Autumn’s Harvest,’” she said, “but when I saw them in the magazine I realized I had intuited exactly that, a traditional Hawaiian offering.” Birdsong felt that it was an auspicious sign for her impending move.

It may have also been propitious for Birdsong’s artistic practice. In addition to her exhibition at Hathaway, the artist has had two works acquired by the City of Atlanta for the new Martin Luther King, Jr. Natatorium Center. She’ll also be in conversation this Sunday at Art Over Dinner at Serenbe.