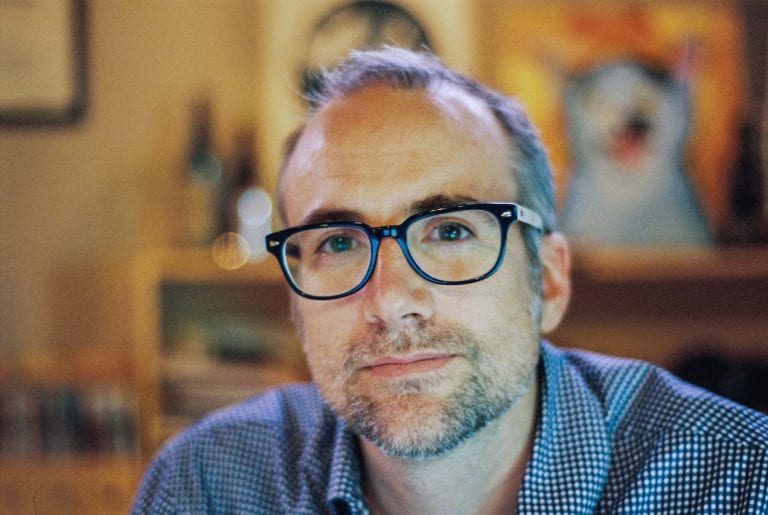 A conversation with Josh Jackson, on the eve of Paste’s return to print

According to MediaFinder.com, the largest online database of U.S. and Canadian publications, 2008 and 2009 were hard years for the magazine industry. 892 publications ceased publication over those two years, among them, Domino, Vibe and Blender. It wasn’t until 2010 that Decatur’s own Paste Magazine went to an online-only format. “Struggles with mounting debt were made public last year when our readers responded with generosity to save the magazine,” editor-in-chief Josh Jackson said in a statement released on the website at the time.

Then, this past December, something somewhat unprecedented happened — Paste made the announcement, via an IndieGoGo campaign, that it would be returning to print. This new evolution of the publication, Paste Quarterly — which will be on newsstands, in independent record stores around the country and ship out to its 15,000 subscribers in the next week — is the size of the vinyl album which it will house, 12 x 12 inches. The 150-gram colored vinyl album will include exclusive tracks recorded at Paste Studio in New York. “We’ve embraced the realities of our new digital world and are thankful for all the new ways it allows us to present stories to our readers,” Jackson said on the IndieGoGo website. “But we still love the tangible.”

On the eve of Paste Quarterly’s inaugural release, whose cover story will be a 6,000-word feature by music editor Bonnie Stiernberg on Father John Misty, ArtsATL got together with Jackson to discuss the publication’s return to print and how the magazine has evolved over the past 15 years.

ArtsATL: Knowing the landscape of art publications — everyone seems to be going digital and staying there because —

ArtsATL: [Laughs] Yes, in some aspects it is. But after the experience of your first print magazine going the way that it did, what makes you feel like this is the right thing to do for Paste now?

Jackson: This is not a massive shift in our focus back from digital to print. This is something we’re doing in addition to our main business, which is the website. The website will always be the main thing that we do. In January we’ll have reached 8 million unique visitors for the first time ever. Since the website is doing really well, it allows us to do something a little more risky and counterintuitive in print.

We’re not reliant on the print magazine to be a huge moneymaker. We see it as a way for us to do some really great deep journalism and present it in a different way. We’re creating a different model than what we had before.

This isn’t a return to Paste Magazine. We’re not reliant on getting 200,000 people to be part of our rate base so we can go sell ads to Ford, BMW and Jack Daniels. Though we do have some advertising in the quarterly, it’s a small portion of our model. We’re reliant on our subscribers to foot the bill for what we do.

ArtsATL: So what can your subscribers expect?

Jackson: It’s going to be a pretty special project. It’s 12 x 12 inches — a large format magazine on beautiful paper. It’s thick — we’re looking at different cover treatments. We’ve got a bunch of nice little touches to go along with everything. Also, the quarterly comes with an LP, mostly featuring recordings of live performances we’ve recorded in our studios. It’s an expensive thing to produce, but we’re not talking about having to produce hundreds of thousands of these things. Our print run is in the range of 13 to 15 thousand.

Our goal is to make something that when it shows up in the mail it feels special and good. It’s a way to more deeply engage with our core audience and to have something that also represents the website in a new form. Plus, it’s a way to get some of these awesome tracks from our new studio where we’re recording all of these bands.

The Paste Sampler was such an incredible thing, and we wanted to bring it back in something bigger than a Spotify playlist . . .

I mean, even the shape of the magazine — it matches the vinyl album.

The cover looks like an album cover. We have art that stretches across 2 feet. It’s a 2 x 1-foot image! It feels big and lifesize. Just holding the mockup of blank paper just feels so big.

With this, we can curate the experience from front to back. That’s so different than what you can do on the web. Plus, we’re doing it with an amazing editorial team. The writers that we’ve cultivated even since we’ve had the print magazine — everything feels top notch.

ArtsATL: So you’re making them to-order based on subscriptions? How many subscribers do you have to kick things off with?

Jackson: Yes, 13 to 15 thousand will probably be the print run for the first two, and if we get above that in subscribers we’ll go up. It’s not going to be on newsstands as of yet. We sold it through the IndieGoGo campaign and now through the website.

ArtsATL: Correct me if I’m wrong, but it’s my understanding that y’all had tried to go back to print before but on the previous model that you had been on?

Jackson: That was to keep us in print — in 2008 advertising just went away and took us off-guard as an independent publication.

Paste was run by myself and a couple of friends — none of us had deep pockets. We couldn’t weather the storm and wait for advertisers to return. Instead, we did the “Save Paste” campaign, which raised a quarter million dollars. That allowed us to keep printing for a little over a year longer, but eventually, we ran out of time. 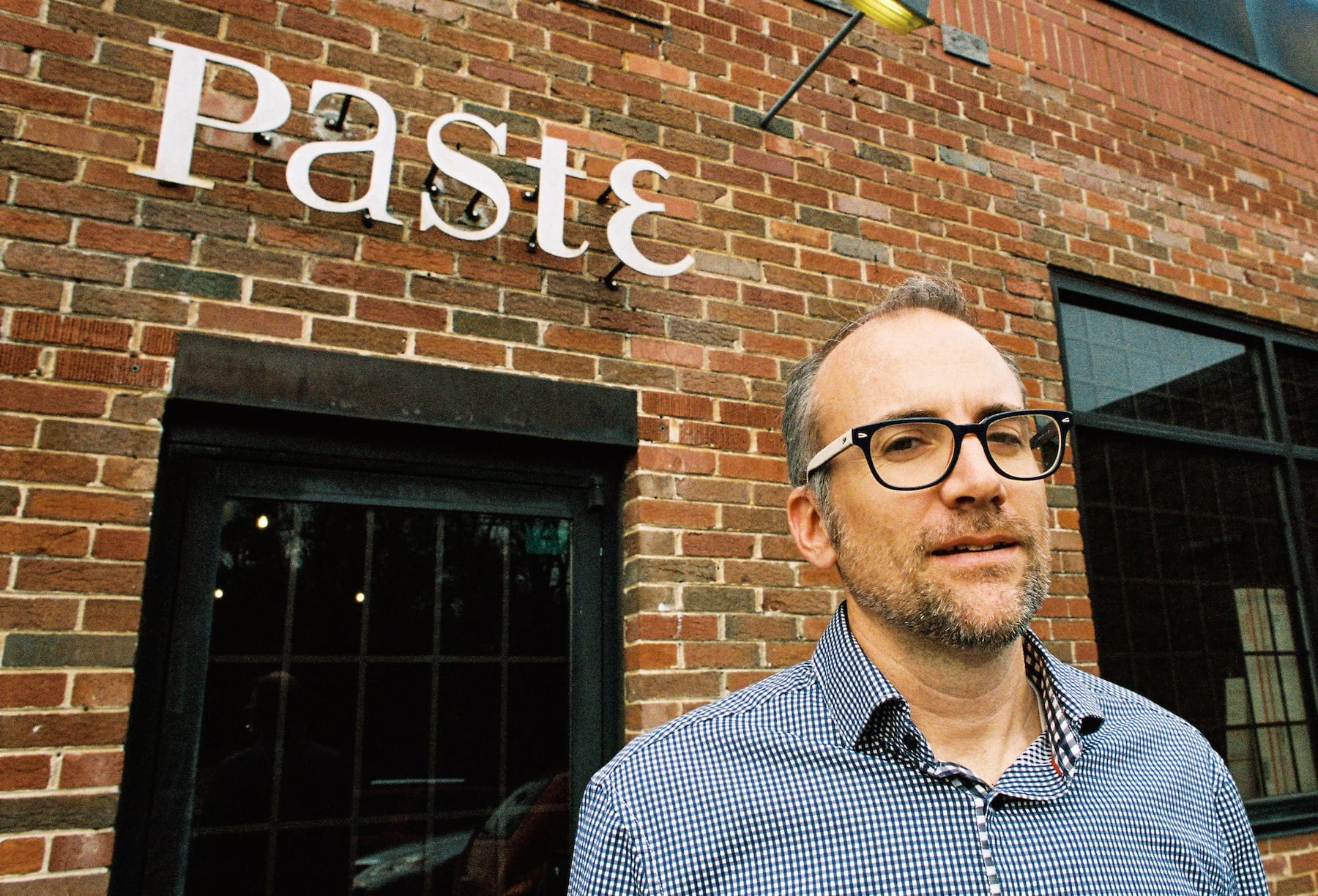 ArtsATL: So that model was wholly based on advertising.

Jackson: Yes, we were on a model that was really dependent on advertising. None of our problems were a result of our subscriber base going away or people not buying issues on the newsstands.

We were spending millions on paper, printing and mailing. When the advertising went away the model was not sustainable. Big publishing companies could weather that, but we just couldn’t.

ArtsATL: You’ve introduced a broad spectrum of coverage into the mix at Paste; for instance, you’re covering theater now in the quarterly. What makes you feel that there needs to be a national publication covering the arts right now, and how did you go about recruiting your team?

Jackson: We’ve been expanding steadily since the print days, but have always covered a lot more than just music. Our first issue had book and movie sections and featured a travel article. But with print, you’re always limited to a page count. We got really into craft beer early — we discussed it in issue number one in 2002 — but we never really had a lot of space to write about it in the magazine. Online, we were able to cover it.

Really we were expanding arts and lifestyle and did a few experiments outside of that. Our philosophy is that as long as we can take our approach of really great writing on subjects people are passionate about, it’s fair game. First was soccer. We thought “Well why not?” As long as it’s coming from a place of passion, it’ll work out.

We had one writer who wanted to write about politics. He was doing it for other people, and we got sick of him writing for Salon and all of these other places. So we dipped our toes in the water and started a politics station. We’ve got a team of 80 freelancers regularly pitching stories. We’ve always been political in the way that we cover culture, but hadn’t tackled it head-on.

We’d always covered the arts but not theater — it was kind of a hole for us. We could fit it into our music section . . .  but it wouldn’t make much sense. It needed its own section. I love theater, my kids are obsessed with it. There’s so much happening throughout the country, and so few are covering theater, especially in more general publications.

ArtsATL: You guys have always had a very devoted following — they’ve stuck with you and embraced the digital format. What’s been the reaction from your audience when you announced Paste Quarterly?

Jackson: It’s all been really encouraging. People seem really excited to have this again. There’s been a lot of nostalgia — people attesting to us helping them find their favorite bands and having shaped their tastes. So many writers coming back and saying, “My first printed piece was in Paste Magazine.”

ArtsATL: Yeah, ha — that was actually my first publication. A book review!

We’ve been doing this for 15 years. It’s been a neat time to look back and realize that we’ve really had something that’s had an impact. It’s been fun to look to the future too, to think about what we can do now and come back to the world of magazines and do something special and different. I think what we’re doing will feel that way.