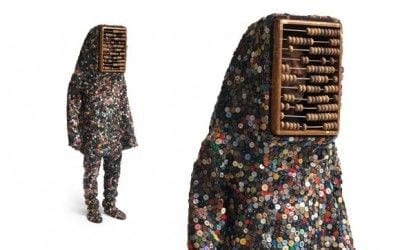 When the High Museum developed the David C. Driskell Prize to honor achievement in the field of African-American art in 2005, it also started an acquisitions fund dedicated to expanding its collection in the field. The small exhibition in the Skyway Wedge Gallery is evidence that the plan is bearing fruit.

Although this little show includes elder statesman David Driskell and the late John Scott, mid-career contemporary artists are in the majority. It’s a good group, representing a range of strategies. Driskell-Prize winner Willie Cole’s ethnographic-style photo exemplifies a conceptual exploration of identity. Maria Magdalena Campos- Pons, a Cuban-American conceptual/performance artist whose show at Spelman last year was a knock-out, is represented by a photographic tryptich that exudes the longing of the displaced. Atlanta artist Radcliffe Bailey’s lush mixed-media painting, a typically poetic meditation on African-American history, shows off his aesthetic chops.

Though smart and deeply felt, these works all hit a similar note of buttoned-down politeness. (The High has always been confrontation-averse; its Kara Walker may be the only mild-mannered work she ever made.)

Chicago artist Nick Cave’s flamboyantly fabulous “Sound Suit” stands out, in this company, like a bling-laden hipster at a Swan Coach House tea party (in photo). A vision in red, the costume is a bacchanal of patterned cloth, sequins and gobs of pom-poms that summons the spirit of the African masquerade and the Africobra aesthetic. It’s a pity the exhibit doesn’t have a video of a Cave performance in costume because it’s so damn cool.