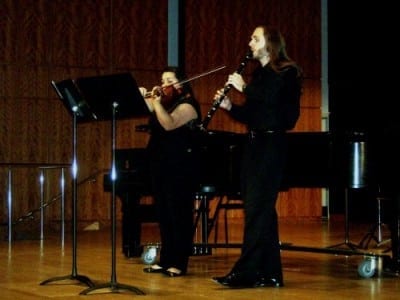 One prominent faction of Atlanta’s classical composers — hungry for attention, looking to break out of their new-music ghetto — convened Tuesday at Georgia State University’s Kopleff Recital Hall. The scene was a concert by GSU’s NeoPhonia ensemble, which opened its 16th season with another “Red Clay Connections,” an occasional series devoted to music from the Atlanta soil and with strong GSU connections.

The program was elegantly arranged like a palindrome: a pair of older works by Charles Knox framing a pair of premieres by Mark Gresham and, in the center, a premiere by Brent Milam. 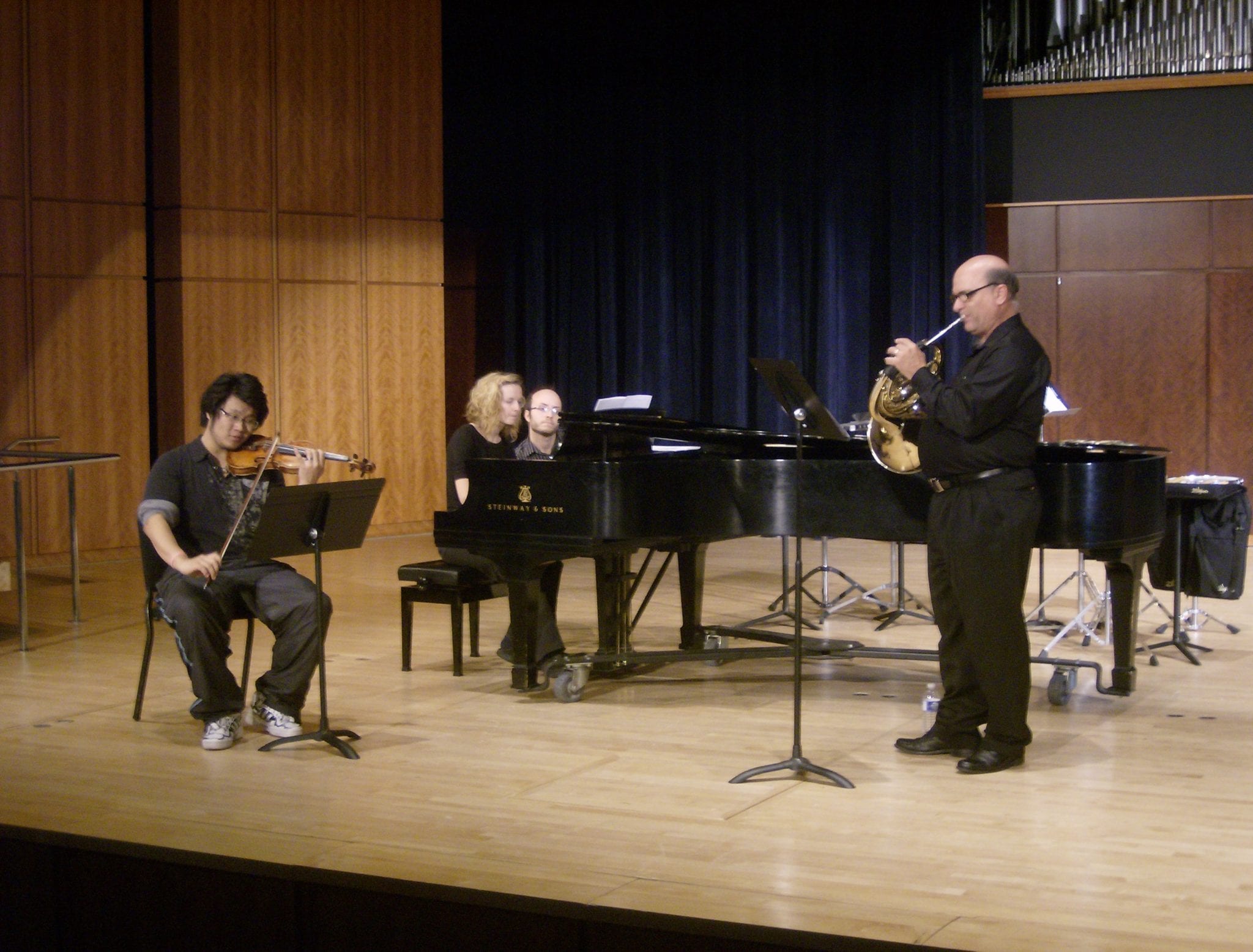 At one point, while stagehands were arranging music stands between works, NeoPhonia director Nick Demos mentioned to the audience the irony of the Atlanta Symphony Orchestra’s so-called “Atlanta School of Composers,” of which none of the nationally recognized members are from Atlanta.

He was perhaps poking a little fun at the ASO, but the message I heard was more sobering: the orchestra could purloin the moniker “Atlanta composers” because it has never been a recognized brand. The name was open for the taking. That must sting our legit local composers, like Demos, Knox, Gresham, Milam and another half-dozen or more in the audience. (The exception is Alvin Singleton, an Atlantan and former ASO composer-in-residence, who’s earned a strong national reputation.)

But in raising the matter, Demos introduced the question: does the music by Atlanta’s composers speak for itself? Would this concert, a small sampling, help put the matter into proper perspective? 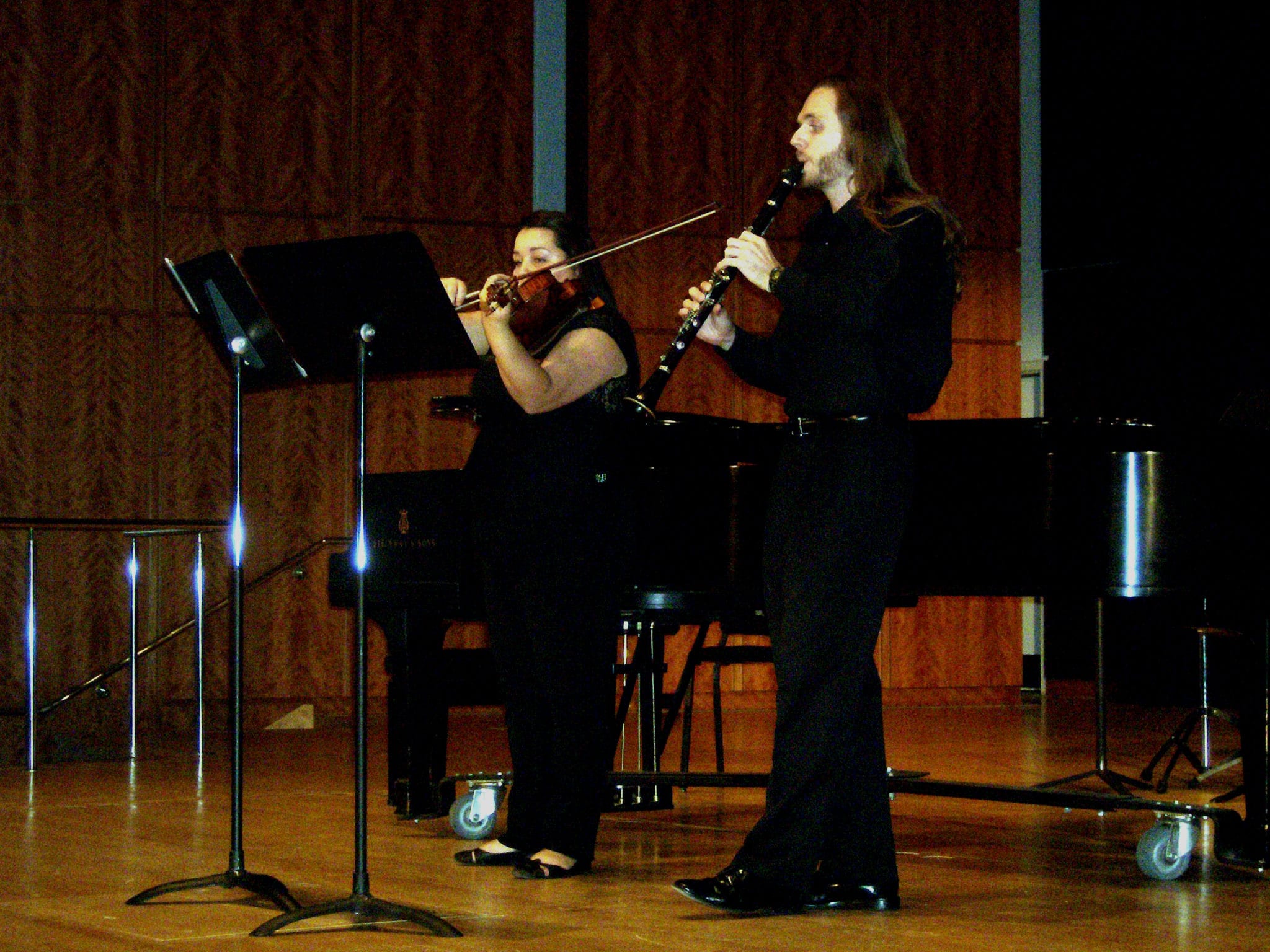 Born in Atlanta 81 years ago, Charles Knox (below left) has taught several generations of young composers. The concert opened with his “Song and Double,” which premiered in 1984 and was composed for former ASO oboist Jonathan Dlouhy. It’s lyrical and well crafted. Inspired by the oboe, it’s gently pastoral, fragrant, unassuming. The music is very mild. It’s very nice. Oboist McKenzie Allen and pianist Chris Owenby, both GSU students, gave “Song and Double” a winning performance. 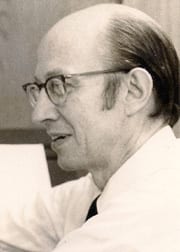 At concert’s end came Knox’s “The Framing of This Circle” (top photo), a trio for horn (Jay Hanselman), violin (Yoo Seb Cho) and piano (Rebecca Puckett, a strong, agile player). With a title drawn from Marlowe’s “Doctor Faustus,” the work premiered in 1999 and was written for the ASO’s super-virtuosic Brice Andrus. Hanselman couldn’t meet those demands, and the performance wasn’t ideal. Of course, a horn trio is such an awkward animal: it’s fiendishly difficult to get a horn to mesh with the violin and piano. Often it sounds like two against one, although the horn can blow away its companions when it soars. Knox doesn’t solve this dilemma, although the trio is loaded with engaging small touches, such as crystalline piano chords in the finale. (Rehearsal photos by Mark Gresham.)

Mark Gresham (below left) is another Atlanta native, born in 1956. He’s done a lot for his hometown musical scene by writing for Creative Loafing (when the alt-weekly used to cover classical music) and by publishing the music of several composers, including Knox. Gresham is composing a five-part series for portable percussion — bongos, snare drums, small glockenspiels, tambourine, etc. — titled “Vagabond Drumming.” On Tuesday we heard the premiere of Book IV of the series, with student percussionists Mesia Austin and Greg Isabelle. It’s in five short movements, ranging from playful (No. 1) to tribal (No. 3) to a sort of toy-maker’s workshop (No. 4). The whole thing had color and texture and a great vibe. And it never exceeded the students’ abilities — so the performers could nail each piece. 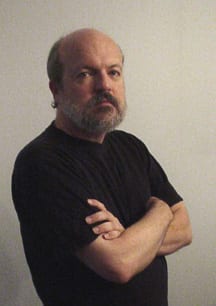 Gresham’s second premiere of the evening, “Genshi” (second photo, above), was originally composed as a wedding present for ASO clarinetist Ted Gurch (playing E-flat clarinet) and violinist Helen Kim. For this concert, the composer arranged the music for standard B-flat clarinet and viola (Matthew Edmands and Tracie Odum). It starts slow and low and hauntingly, as two lonesome voices. Gradually the couple join musically, finishing phrases the other started, singing together. Although Gurch and Kim have the chops to play anything, this viola version also suited the students’ talent. A modest, compelling work.

I’ve not heard much of Brent Milam’s music. Born in Texas in 1969, he studied with the excellent Vietnamese-American composer P.Q. Phan in Illinois and with Nick Demos at GSU. His “Between the Walls” was given its premiere, alas, in a very approximate performance. It sounded as if it was scored for solo marimba, backed by flute, clarinet and cello (with Demos conducting, trying to keep everyone together). The music is mostly still, as Milam explores atmosphere and texture. Many moments were lovely or hinted at deeper things. I’d like to hear his music under better conditions.

Now back to Demos’ observation. What none of these composers show is a bold voice — a unique or unmistakable or powerfully emotional personality conveyed in their music. It’s true that the typical Atlanta composer remains mostly in his or her silo, stuck in the university or with a small gang of like-minded artists. The model forward might be found in Atlanta’s dance community. Atlanta Ballet held prominence while many worthy small groups toiled in semi-obscurity; then Lauri Stallings’ gloATL crashed through all the perceived barriers and cultural inertia to make itself, and the city, a happening place. Suddenly even university and tiny-budget dance troupes are standing a little taller. Dance has asserted its rightful place in Atlanta’s arts community. You can’t help but cheer.

What will grab the attention of the Atlanta Symphony and beyond will be a breakthrough composer — a voice so compelling that it can’t be ignored by the city or the national classical community. When will it happen? Who will it be? Till then, Atlanta’s actual composers will be trampled upon by anyone wishing to claim the name.