Chris Appleton, other young leaders give Atlanta “new energy” in the arts

Click here for our list of some 50 arts organizations that have sprung up in metro Atlanta in recent years, evidence of how a new generation is invigorating the local arts scene.

Last fall, when Atlanta’s High Museum of Art belatedly looked to strengthen its ties with the local art scene, Museum Director Michael Shapiro met with leaders of all the major local institutions. He also took 28-year-old Chris Appleton to lunch.

They broke cornbread at the Silver Skillet diner, a sign that the art establishment had taken notice of Appleton, a go-getting, network-building Atlanta native who pulled himself from a turbulent background and co-founded WonderRoot, a nonprofit organization dedicated to arts advocacy and fostering social change through art. 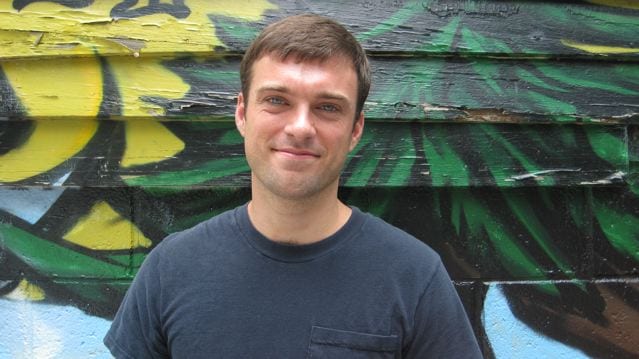 With Appleton (above) as executive director, WonderRoot serves a multigenerational, multiracial audience through a mind-boggling array of programs, from mural projects for youth to seminars on career development for professional artists. Its community center, in a blue, red and yellow building on Memorial Drive in the Reynoldstown neighborhood, boasts a digital media lab, a pottery studio, a recording studio and a darkroom, which are open to all at a nominal fee. The seven-year-old organization publishes its own literary magazine, stages an annual film festival and holds performances in its basement club. 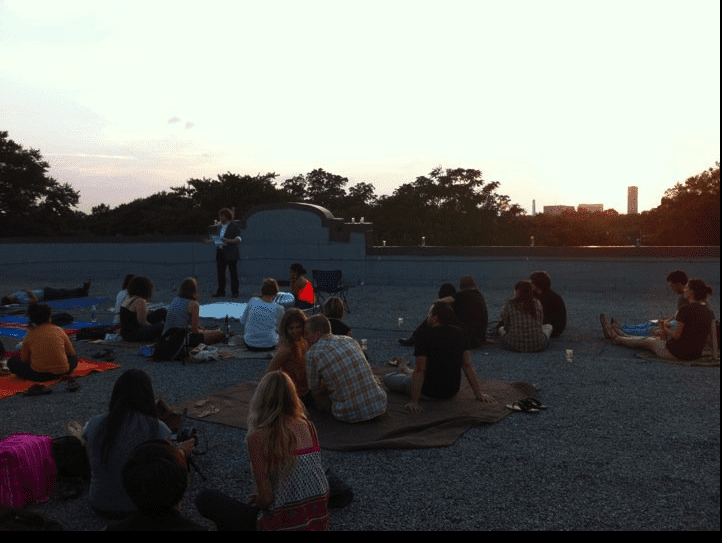 "Loose Change," WonderRoot's literary magazine, hosts a reading on the rooftop of the Arts Exchange.

Appleton, who parlayed that lunch with Shapiro into a partnership with the High, represents a new generation of arts leaders who are putting their stamp on the Atlanta scene. “There’s a whole group of people who have passion, drive and creativity,” says Virginia Shearer, Associate Director of Education and Public Programs. She believes they are making the city a more vibrant — and a different — place. “Something has changed,” she says. “Atlanta has a new energy. It feels like a moment.”

Many of these emerging leaders will convene on Saturday, August 6, at Gather Atlanta, a conference for independent and emerging arts organizations, which WonderRoot started three years ago with peer organizations Burnaway, Thoughtmarker and MINT Gallery. It is open to the public. 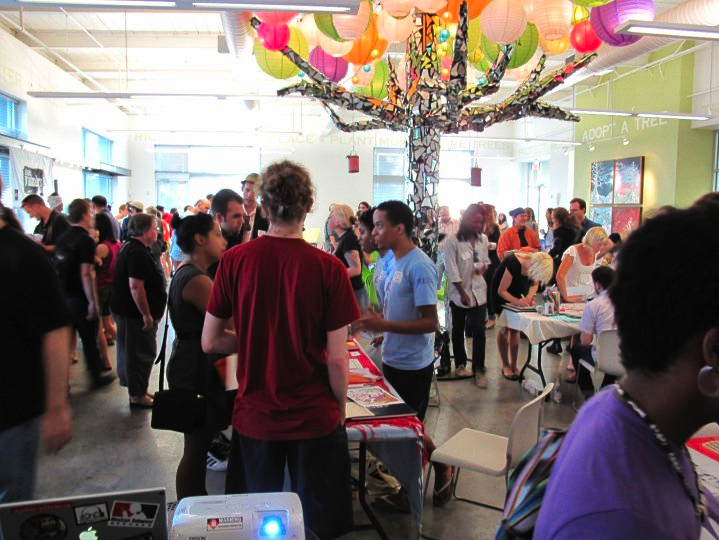 Like Appleton, other members of his generation are eager to take a seat at the table — even at the Silver Skillet — but they aren’t waiting around for an invitation. Nimble and adventurous in a way that more established institutions inevitably are not, they have planned their own menus and are already serving up substantial meals. Over the past seven years, at least 50 new local groups, galleries, enterprises and initiatives have emerged and survived. As our list suggests, they encompass a surprisingly broad scope of interests and talents.

These leaders speak to their own generation; older institutions, which need new blood to thrive and remain relevant, ignore them at their peril. That said, they are still learning. Some equate a good party (or “friend-raiser”) with success. Cultivating quality, for the moment, takes a back seat to ideals of building “community.” Although they often serve and represent artists in early stages of their careers, they will have to demand a certain level of accomplishment from them to be taken seriously beyond their own social set.

This is especially ticklish for organizations such as WonderRoot, where art is a vehicle and not necessarily the raison d’etre. Mounting substantive curated projects requires a different skill set than devising programs that celebrate self-expression and community.

Not all of these artistic start-ups will survive. WonderRoot, it seems, has a firm foundation. It staffs its projects with artists and others who offer their time in exchange for using its services. Nearly three-fourths of WonderRoot’s programs are collaborations, and its roster of partners encompasses city and county agencies and regional and national operations, such as Alternate Roots and Creative Capital as well as its peer institutions and local museums and galleries. Its activities would otherwise not be possible on a $190,000 operating budget.

WonderRoot also has Appleton. Truth be told, by the time the High’s Shapiro had gotten wind of him, he had already won admirers in many quarters. Among them is Paul Volpe, a bioethicist and the executive director of Emory University’s Center for Ethics, who knows Appleton because, no surprise, WonderRoot is a partner in the center’s Arts and Ethics initiative.

“Chris’ will power and energy are really impressive,” Volpe says. “He has a clear vision and his dedication to it is reflected in his work. What he’s done is remarkable.”

Says Carlton Mackey, who runs the Emory initiative and is a WonderRoot board member: “Chris wakes up excited to be doing what he’s doing and about the possibility he can make a difference. He’s naïve enough to think he can change the world, and he operates as if he’s going to.” 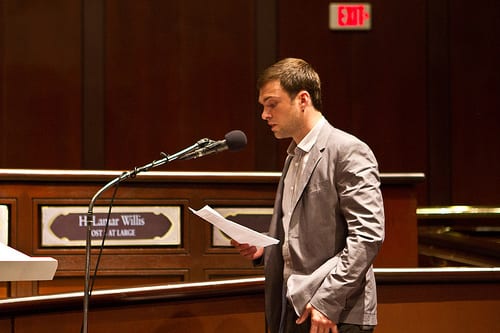 Hence Appleton’s seemingly ubiquitous involvement in local arts advocacy efforts, be they speaking at the recent rally to restore city arts funding (at left) or working with Atlanta BeltLine Inc. to help organize Art on the BeltLine.

The concept for WonderRoot grew out of conversations the teenage Appleton had with similarly idealistic high school buddies: Alex West, who is now WonderRoot’s board chairman, and Witt Wisebram, who has since left to pursue other interests. Using $100,000 in seed money that they raised from their parents and parents’ friends, the trio undertook arts education programs in schools and devised public art projects. Incorporated in 2004, the nonprofit group established its community center in 2008.

Appleton’s commitment to a civic vision is also fueled by a desire for personal redemption. He spent his high school years in the clutches of addiction. After being kicked out of schools and then his own home, he got sober at 19. “Life got very serious for me at a young age,” he says. “I was forced to figure out what was important. I had a totally blank slate. I had to figure out how to make a place for myself in the world.

“I always was a pretty big sap. I knew I wanted to work with young people and to make the world a better place.”