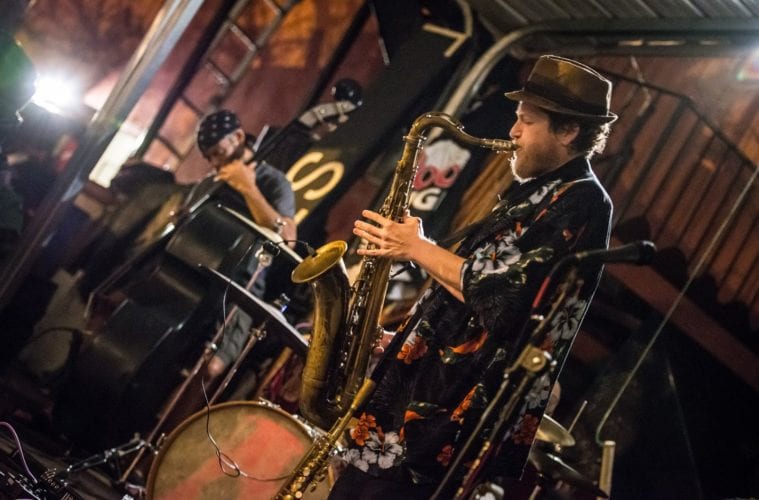 “Through art, people have the opportunity to see doorways to other mindsets.” -- Chris Alpiar

Chris Alpiar creates artistic harmony with Someone Who Loves You

The latest release by Chris Alpiar, Someone Who Loves You, is an experiment in empathy and connectivity portrayed through melodic dialogue. No stranger to the scene, Alpiar is embedded deep in the jazz community as a saxophone player, the founder of BeHip Records and a regular performer in The Wolfpack. The album is available via CDBaby today and will flood digital platforms next week.

Assembled in 21 sessions with several of Atlanta’s most groundbreaking players, including Grammy Award-winner Kebbi Williams, Ben Shirley, Mamaniji Azanyah and more, the intimate duets were recorded in real-time composition. While there was no prior preparation, the end result is far from disorderly, with each track intentionally connecting two musicians without expectations or boundaries.

“Most of it is pure improvisation,” Alpiar says. “It’s became a very spiritual thing for me. In playing improv, we became the conduits for this force. Sometimes it’s right away, and sometimes it’s two hours in. It’s like we are speaking in tongues but through the filters of a lifetime in western harmony and music.”

Songs like “The Palms and the Sands” leave listeners with a touch of desert rock — Ben Davidow’s vocals walk along the dark edges of sand and fuzz. While tracks like “200 Giants” feature Ben Holst’s lap steel guitar in combination with Alpiar’s transcendent sax melodies, diverging tonally and reemerging collectively.

Ultimately, the record leaves listeners with a sense of hope intended to echo and extend into the community, igniting the potential that lies within pure human connection. Catch Alpiar’s album release show at 800 East Studios on March 1 to hear the tracks live.