When The Atlanta Opera opens its 2021-22 season November 6 with Handel’s Julius Caesar, another of the company’s adventurous productions, patrons will have a rare and welcome opportunity to experience the work of renowned choreographer and Tony Award-winner Donald Byrd. Dance is more than a divertissement in this staging and Byrd’s contributions extend beyond choreography. “Collaborating with Donald creates an inexplicable alchemy,” said general and artistic director Tomer Zvulun. “He transforms everything he touches into pure poetry. He somehow elevates the work to a spiritual level in ways that I could never imagine.”

In a recent interview with ArtsATL, Byrd said the two first worked together when Zvulun was a stage director at the Seattle Opera. This will be their third project together in just the last five years. Byrd, too, described their working relationship as a collaboration. Unlike other directors who compartmentalize the choreographer’s role, “Tomer invites my input on more than just the dance,” Byrd says. “He is interested in my point of view and what I see or understand about the dramaturgy of the production in general.”

This Julius Caesar is set in a fantasy universe in the spirit of Game of Thrones or Lord of the Rings, a contemporary take on a Baroque opera first performed in 1724. Zvulun previously staged the production, also with choreography by Byrd, for the Israeli Opera in 2017.

In 2006 Byrd won a Tony Award for Best Choreography in “The Color Purple.” (Photo: Gabriel Bienczycki)

Byrd describes the process this time around as “like the second reading of a novel. The concept of the production has stayed the same, but Tomer’s and my understanding of the story and what’s happening is deeper. It’s a clearer production.” For Byrd that means almost all the dance elements are new. Because of his evolved perspective on the story as well as the particular ensemble of dancers involved, the dance is on a more expansive scale.

The Atlanta Opera audiences will see Byrd’s choreography throughout the production. For example, rather than bringing in a fight coordinator to create more realistic action, Zvulun asked Byrd to create stylized, dance-like sequences for the fight scenes.

Dancers and dance will share the stage with the singers, including during one of soprano Jasmine Habersham’s arias as Cleopatra. Opera goers should also look for Byrd’s touch in how the relationships among the different tribal groupings of the story — the Romans, Egyptians and Bedouin-like Nomads — are developed and portrayed.

Byrd has helmed his current Seattle-based company, Spectrum Dance, since 2002. He creates dance that is deeply engaged with complex political and social issues. For instance, his Greenwood, created for the Alvin Ailey American Dance Theater, imagines alternative versions of the encounter between a White woman and a Black man that touched off the 1921 Tulsa Race Massacre.

The Ailey company performed Greenwood at the Fox Theatre in February 2020 and in January that year, Byrd joined the ensemble’s artistic director Robert Battle and Fulton County Remembrance Coalition’s “Stories From the Soil” founder Allison Bantimba at The Center for Civil and Human Rights for a conversation about art and racial reconciliation.

Byrd says his work in opera and musical theater feeds back into projects where dance is the primary mode of communication and storytelling, comparing such collaborations to exercise. “When I’m creating pure dance stuff, it’s like I’m working a certain kind of aesthetic muscles. When I’m working opera it’s a different set of aesthetic muscles.” Training the full aesthetic range, he says, brings balance. Drawing on another metaphor, Byrd says he’s interested in the architecture of the dance. “It’s really important. It’s not just about the dance steps; it’s also what the dance steps are helping me to build. Doing work in opera or musical theater helps me to reimagine what the building might look like; so it’s not always the same kind of building.” 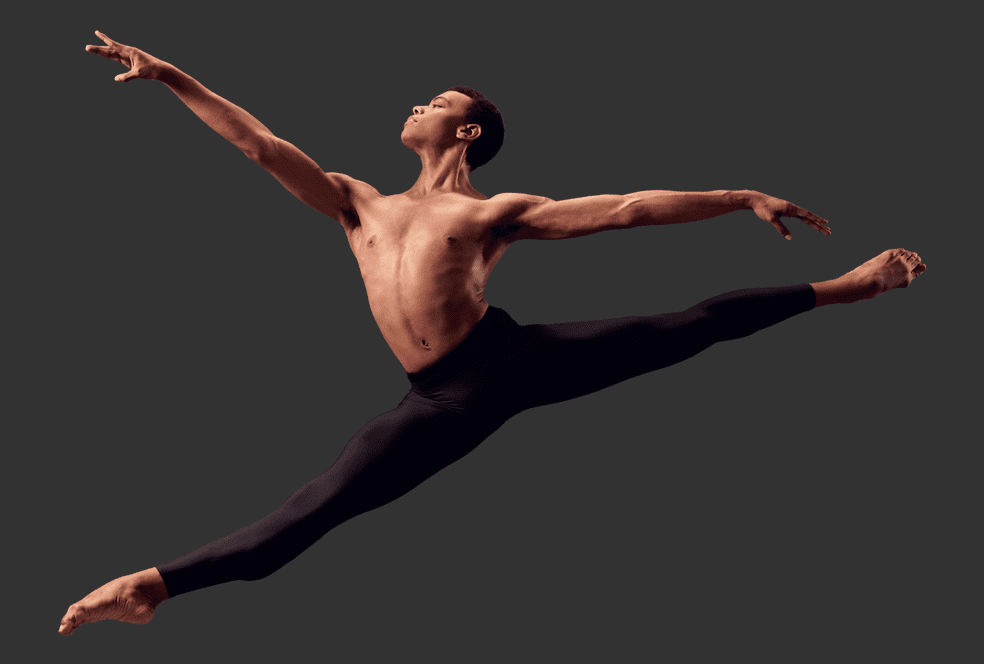 Zvulun said he is “excited to bring Donald to Atlanta because he is a unique visual artist and one of my dearest friends.” Byrd too enjoys Atlanta and has high praise for the 12 local dancers with whom he worked, saying he “kind of fell in love with them.” They represent the depth and diversity of the city’s dance talent pool and comprise independent artists as well as members of familiar companies.

The creative team for Julius Caesar includes conductor and Baroque specialist Gary Wedow. Handel originally composed several of the opera’s male roles for castrati. They are, therefore, typically sung by mezzo-sopranos or countertenors in contemporary productions. Mezzo-soprano Daryl Freedman will make her house and role debut as Caesar opposite Habersham’s Cleopatra. The opera will be performed in English with English supertitles.

The company is back at home base, the Cobb Energy Performing Arts Centre, for the first time since the Covid shutdown in March 2020. Performances are on November 6 and 12 at 8 p.m., November 9 at 7:30 p.m. and November 14 at 3 p.m. Tickets start at $45. Audience members will be required to wear masks throughout the performance and either show proof of vaccination or a negative PCR test taken within 72 hours of arrival.

Robin Wharton studied dance at the School of American Ballet and the Pacific Northwest Ballet School. As an undergraduate at Tulane University in New Orleans, she was a member of the Newcomb Dance Company. In addition to a Bachelor of Arts in English from Tulane, Robin holds a law degree and Ph.D. in English, both from the University of Georgia.