Changing of the Guard: Randall Suffolk, Director of the High Museum of Art

This story was produced with support from artcloud, a personalized tool for curating an art collection. Whether you are an artist, gallery, or collector. With this social network and built-in marketplace, you can browse thousands of artworks by price, keywords, color, and more through the artcloud app.

The art museum is a concept in transition. The erstwhile high temple of aesthetics is evolving into a more audience-centric fine-art gathering place, committed to bringing people together around ideas and experiences through art.

The High Museum of Art has responded to that institutional imperative, yet, like many of its peers, it is still at work conceiving and implementing new ways to function and succeed as a 21st-century museum. Its board has chosen Rand Suffolk, who succeeds Michael Shapiro as Nancy and Holcombe T. Green, Jr. Director, to lead the way.

He comes highly recommended. Paeans from the staff of Tulsa’s Philbrook Museum of Art, where Suffolk was director and CEO for eight years, and former colleagues paint a picture of a consummate museum professional: a visionary leader with a head for business and strategic planning and a heart for art and civic engagement.

During his tenure, the Philbrook saw impressive growth in both collections and audience engagement. Catherine Whitney, the Philbrook’s chief curator and curator of American Art, says, “He took modern and contemporary art to a new level,” selecting emerging artists whose work “spoke to who we are and where we are going.”

Suffolk’s success in engineering the transformation of the staid, upper-crust institution, lauded in Magnetic: The Art and Science of Engagement (AAM Press), is evident in the stats the High touted in its hiring announcement: increases of 63 percent in attendance; 293 percent in educational program participation and 22 percent in membership.

Needless to say, if the Ohio native, 48, lives up to his reputation, the High will be in good hands. 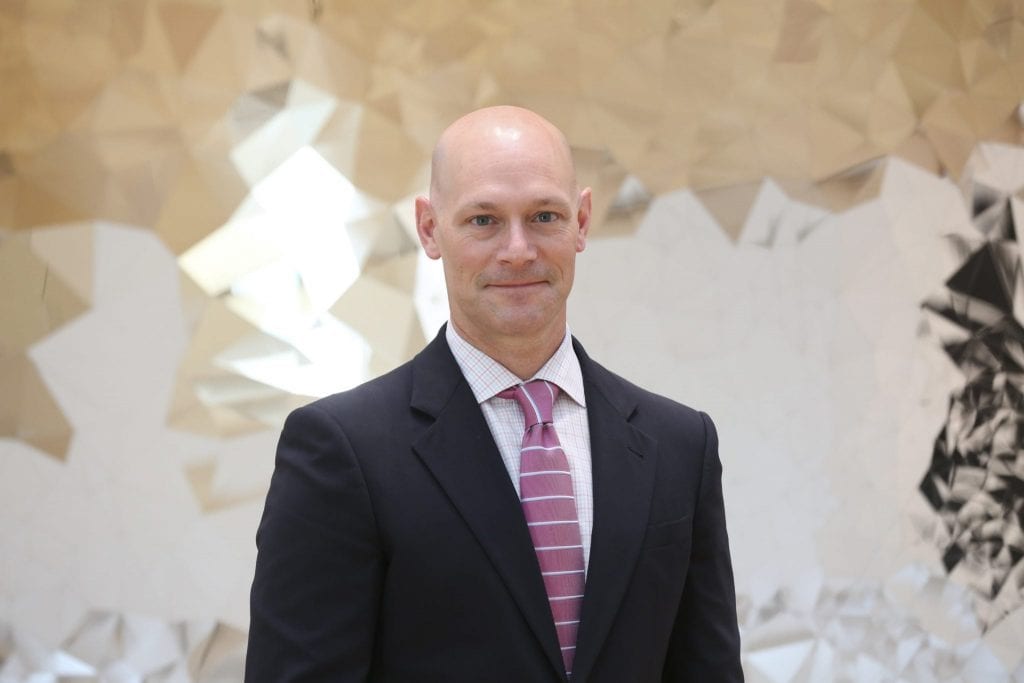 The beginnings of a vision

Suffolk arrived in November, and his first months have been a whirlwind of meetings with trustees, staff and stakeholders. There’s the collection to learn, the gallery spaces to study, a city to explore. A trim man with lively blue eyes and shaved head, he sees an arts leader out the door of the High’s administration building before settling a tad wearily in a chair in the conference room for our late-afternoon interview.

Suffolk has no concrete decisions to announce – “Everything, including real estate, is on the table,” he says – but is willing to share philosophy and some of his preoccupations, among them the presentation of the permanent collection.

“The collection is one of the reasons that I came,” he says. “The High has acquired 6,000 objects in the past ten years. Do you get a sense of that when you walk in the door? Is it time to take a new look at ways to show the depth and character of the collection?”

Among its merits he cites photography, folk art and top decorative arts. He is savoring the galleries devoted to Gerhard Richter and Ellsworth Kelly. And he praises the thoughtful attention to diversity in acquisitions, particularly in modern and contemporary art. “We want our audience to see aspects of themselves in the collection,” he says.

Here’s some news: In contrast to the previous administration’s emphasis on imported exhibitions and guest curators, he wants the High’s curators to shape the exhibition program.

“We have a great [staff], and I want them to contribute more to the museum’s intellectual capital,” he says. “The planning process is generative one, and a team effort. I want the curators to start sharing ideas with each other. Everybody should know what everybody is doing.”

Suffolk believes in curatorial authority (none of this visitors-create- exhibitions stuff some museums have tried). He is serious, however, about “inviting more voices” into the museum and making it more relevant to its community.

Philbrook Director of Education, Jessimi Jones, puts it this way: “We usually say we visit a museum and use a library. Rand is interested in how the community can use a museum.”

Fluent in the language of the 21st-century museum, he peppers conversation with terms like “inclusivity,” “co-creation” and “end user.” They are more than buzzwords. Says Tulsan Marc Fitzerman, who is a rabbi as well as an artist and art writer, “You wouldn’t know it from the careful knot in his tie, but he is naturally and authentically inclusive, especially when it comes to the perennially disenfranchised.

“He has a natural, democratic gift for developing audience in communities that don’t see themselves as part of the museum-going public.”

The proof is in the pudding: Jocelyn Payne, director of Tulsa’s John Hope Franklin Center for Reconciliation, on whose board Suffolk served, says she hosts events at the Philbrook “because we know that a multiply diverse audience would feel comfortable there.” 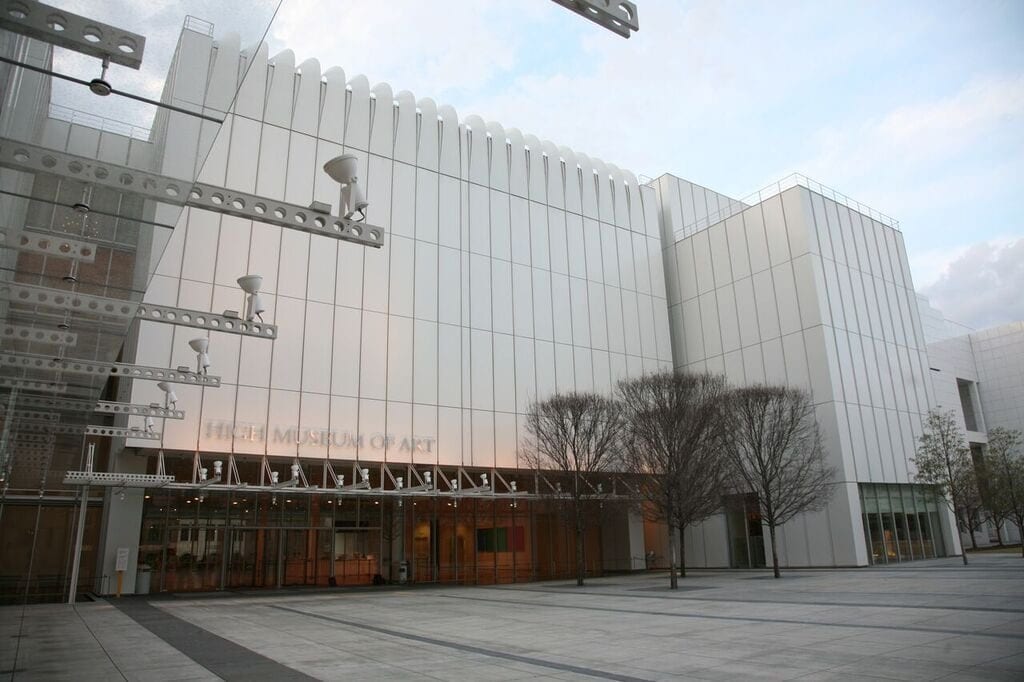 A framework for action

Suffolk comes armed with audience-building strategies honed at the Philbrook. Among his tools: data, technology, partnerships.

Suffolk sets great store by data, and it guided decisions at the Philbrook in various ways. For example, when a study of the education budget showed that the museum was spending 84% on school visits for 3,000 kids, Suffolk reallocated the money to family programs, which cast a wider net.

The High is about to begin collecting demographic information in order to get baseline information on its current audience, especially with an eye to diversity. “The national average for visitors of color is 9 percent,” he says. “For a city like Atlanta, 18% is unconscionable and 38 % is pretty good. Membership and the board should also reflect the makeup of visitors.”

Suffolk believes in the potential of technology. “How we use technology to improve the user experience is one of the fundamental questions – in the galleries, on the website, in social media,” he says.

The High received $200,000 for technology improvements from the Woodruff Arts Center Transformation Campaign, which will fund the redesign of its website.

As for the galleries, The museum has a mobile app, Artclix, but he’d like to do more to enable visitors to “customize” their experience, and get people to spend more time looking at and thinking about the art. Borrowing a phrase from Metropolitan Museum of Art’s director Thomas Campbell, he says, “We need heads-up technology, not heads down.”

He expects the museum’s four-person Multimedia Technology Department to spend half of its time researching ways technology can improve engagement.

Suffolk invites patrons to take pictures in the galleries. Breaking the longtime taboo is an audience-centric move: taking pictures and sharing them is the way people relate to their world. (Though not mentioned, it improves the museum’s social media profile as well.)

Creating partnerships will also be part of the recipe. Expect the majority to be with non-art institutions. “You meet different parts of the community, it’s much less preaching to the choir,” he explains.

The Philbrook had 20 to 25 partners a year. Among its programs were gallery tours for a homeless center’s clients, growing vegetables in its garden for the local food bank and symposium with the John Hope Franklin Center for Reconciliation on Tulsa’s racial history.

One partner Suffolk cultivates assiduously is the museum staff. Former co-workers deem Suffolk a great boss, one who both challenged and empowered staff to be bold and creative. As Catherine Whitney says, “He’s a galvanizer.”

Suffolk says that aligning people behind a shared vision is a big part of his job. To that end, he is a proponent of what authors of Magnetic call “Memorable Mantras.” These are phrases that communicate and inculcate that vision. One such mantra is a statement of values Suffolk codified into five alliterative terms: Invention, Innovation, Inspiration, Integration, Impact. (See his Ted/Tulsa talk for details about “The Five I’s.”)

Inspired by an article in the Harvard Business Review, Suffolk developed the system at the Hyde Collection Art Museum in Glens Falls, New York, where he was director between 1999 and 2007.

“I wanted…something to take our temperature, to create a collective framework, to know our priorities,” he explains. “We joke about it, but it’s a useful tool.”

Jessimi Jones concurs. “A leader not only has to have a vision, he has to communicate it. Having a framework like ‘The Five I’s’ is strategic and smart. You have to have common goals.”

Suffolk wanted to spend some time at the High to determine whether the framework is appropriate here. He has decided that it is and has introduced it to the staff.

While at the Philbrook, Suffolk saw to it that the museum’s values pervaded all forms of communication. Says Rabbi Fitzerman, “Museum signage suddenly featured children of color, neglected ethnicities and a clear effort to break down borders of class and privilege. When the face on the promotional brochure looks out at you from under a feed cap, you’ve got a whole new idea about museums and their place in society.”

Finding the path to a calling

Suffolk credits teenage years spent in Rome, “where there was beauty everywhere,” for priming the pump for his future profession, but it wasn’t until the Connecticut College English major took a sophomore art history class that he discovered an interest in the subject. Even so, he earned a Master’s degree in higher education administration from Columbia University before returning to art history.

Deciding he wanted to teach, he enrolled in the Ph.D. program at Bryn Mawr College but took a leave after earning his Masters, burned out from the grind of a 30-hour work week in addition to his studies, and wanting to pay off his debts. About that time he noticed that the Hyde Collection, a museum he had never heard of, was looking to hire a curator. Though he had little prior experience, he applied and was hired in 1995. He learned by doing, and as the only curator, he had the freedom to mount a broad range of exhibitions; topics included Rembrandt’s biblical prints, Winslow Homer, Adolph Gottlieb and contemporary artist Tobi Kahn. Suffolk became deputy director in 1997 and director in 1999.

It’s safe to say that Suffolk sees his career as a calling. He would agree with artist Theaster Gates that “beauty is a basic service,” but also believes that museums have a civic role to play in their communities.

“Rand had a vision for the city of Tulsa,” says Jocelyn Payne. “He wanted it to be a less segregated, more inclusive society, not just regarding race, but religion and class…and he took thoughtful action.

“He inspired other institutions and leaders, including me. Years from now we’ll look back and understand his impact on the way this city works.”

Suffolk brings his civic aspirations with him. He is already wondering how the High can change Atlanta. But for his history, the comment might seem romantic or, in this political season, sloganeering. He acknowledges that he doesn’t know Atlanta yet. What with all the meetings and frequent weekends in Tulsa, where his wife and daughter are finishing out the school year, the avid cyclist hasn’t even had time to ride the BeltLine, much less dig into the city’s complexities.

And first things first: Although the High is further along in its evolution toward 21st-century museumhood than the Philbrook was when he began there in 2007, there is still much to do in the cultivating one’s own garden department.

New leadership brings a different kind of energy to any enterprise. Suffolk is of a different generation than his predecessor. He seems a living embodiment of the current thinking on museums. It will be interesting to see how he changes the High.